You’ve seen them around and you’ve probably asked yourself how much do they cost?

Most are familiar with the famous Back to the Future II scene where plucky protagonist Marty McFly hops on a real-deal floating skateboard and hovers his way out of trouble by the skin of his teeth. The year was 2015, but director Robert Zemeckis wasn’t too far off on the estimated arrival of the famous hoverboard.

This craze has a lot of people wondering, though…

What is a hoverboard?

Otherwise known as an “electric self balancing board” the hoverboard glided onto the scene in 2014 to critical acclaim and near online hysteria. It quickly climbed its way to one of the most sought after trends as well as becoming the star of its very own series of memes.

There wasn’t a YouTube video in sight that didn’t have a hoverboard in it. Celebrities rode them everywhere on and off set (check out a video of J. Biebs below), and the shelves around Christmas were bare. They were a commodity hard to come by, but you couldn’t go ten steps down the street without seeing someone hovering on their way to their next meeting or, heck, just to get coffee.

But – what exactly is it?

1. “Self-balancing” – this aspect of hoverboard technology has a few people scratching their heads. The best way to wrap your head around this is to imagine a gyroscope.

Picture yourself standing on top of a hoverboard (humor us!) – when you move forward, backwards, or turn, the engine and wheels on the hoverboard move independent of you. All you have to do is direct the board using your feet and the sensor pads under them…oh, and keep your balance, which isn’t too difficult with a little practice!

2. “Electric” – this one isn’t quite as fascinating. It’s exactly what it sounds like. The hoverboard runs on rechargeable batteries.

Depending on the model, some last for several hours and some have a short recharge time. Some people find them to be a fun eco-friendly alternative to short commutes…or just plain fun to ride on a trail!

3. “Scooter” – a hoverboard is a 2 wheel board – a platform with two wheels on either side, to be exact. So it does not resemble your traditional scooter at a glance. Maybe if you squint really hard. And it kind of doesn’t handle like one – because it’s completely re-imagined.

What is it that kids love so much about hoverboards?

One thing you’ll find out the first time you ride your hoverboard in public is that EVERYONE is going to ask either what it is, or if they can ride it. With head turning LED lights and futuristic design the SWAGTRON hoverboards are wildly popular among young people and tech enthusiasts. However the real draw is the user experience. Due to the self-balancing technology  the hoverboard gives the rider an unusual weightless sensation that is quite unique. Additionally the SWAGTRON hoverboards can reach speeds of 8mph. Which works out perfectly for the rider as its slow enough to be careful, but due to the forward facing stance and low to the ground design, it feels so much faster!

But, how do hoverboards work?

Like most of today’s latest inventions, kids of all ages are able to master the hoverboard in moments. Just check out some of the hoverboard tricks in these videos kids in this video.

I’ll give you my personal story about hoverboards: The fad came on fast and I watched as people flew down the streets, looking effortless, graceful, and just downright cool. And thought I would never be skilled enough to successfully ride one. Then my coworkers coaxed me onto one and I slowly learned to balance without their help. Once I could ride on my own, I was hooked.

I rode my board every day for twenty minutes at a time. That’s all it took! Balancing on a hoverboard is half practice and the other half is trusting yourself. After that, it’s all about mastering the feel for steering with your feet. After that, being brave enough to pick up some speed!

After a week of practicing here and there, I finally took mine out to a parking lot where I plugged in my headphones and really pushed my newfound skills to the limit. I went backwards, over speed bumps. It was a blast to experiment in a closed environment.

This idea brings us to another predicament… 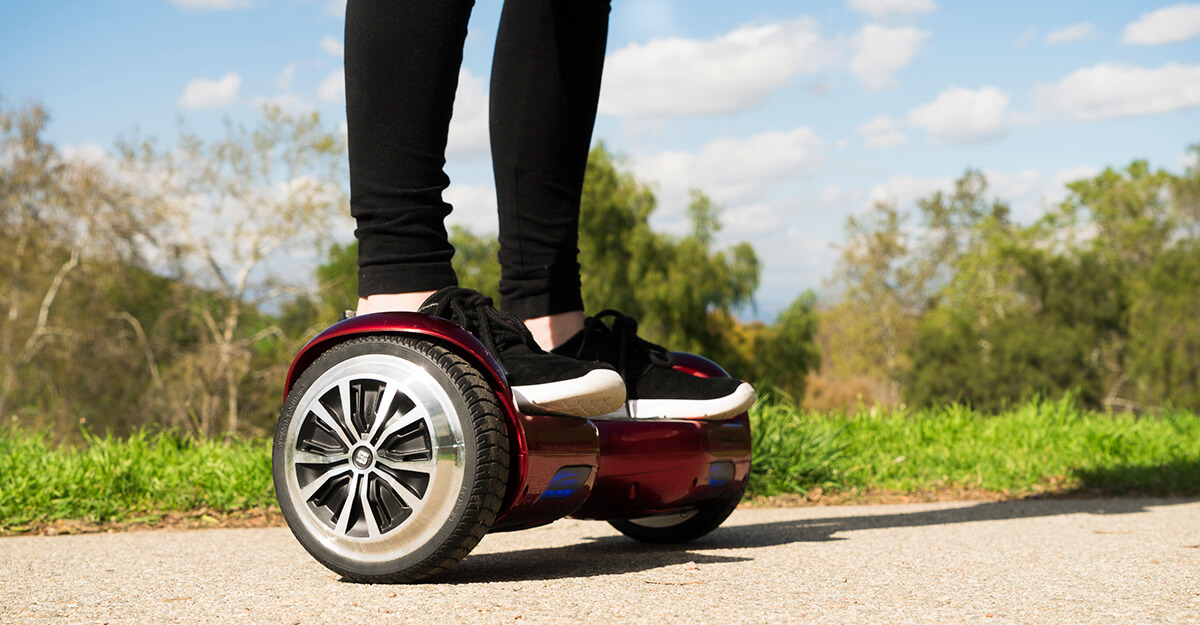 After a week of practicing and reading our “How to Ride a Hoverboard” article here, I finally took mine out to a parking lot where I plugged in my headphones and really pushed my newfound skills to the limit. I went backwards, over speed bumps, took sharp turns – and yeah, I stumbled a few times. I even fell once.

However, if I found myself ejected from my comfort zone, it was as easy as leaping off the board and watching it roll to a stop.

This idea brings us to another predicament…

Where can you ride your hoverboard?

Signs depicting stick figures skating aimlessly with large block letters reading “NO SKATEBOARDING” are so common they seamlessly blend into the background now. But that doesn’t mean skateboarders aren’t seriously fined for breaking the rules when they choose to ride through.

The laws regarding hoverboards are hazy, but they are gaining in defined shape. The law is catching up the technology, and for good reason. We want our riders and the people around them to take care with a capital “C.”

That’s where we’re here to help! We’ve conducted our research and found some beautiful and (most importantly) legal places to ride your hoverboards, or get some good practice done.

A few highly populated urban areas, such as New York City and London, have banned the use of hoverboards in the streets or on their sidewalks (although NYC allows you to legally ride them in parks). 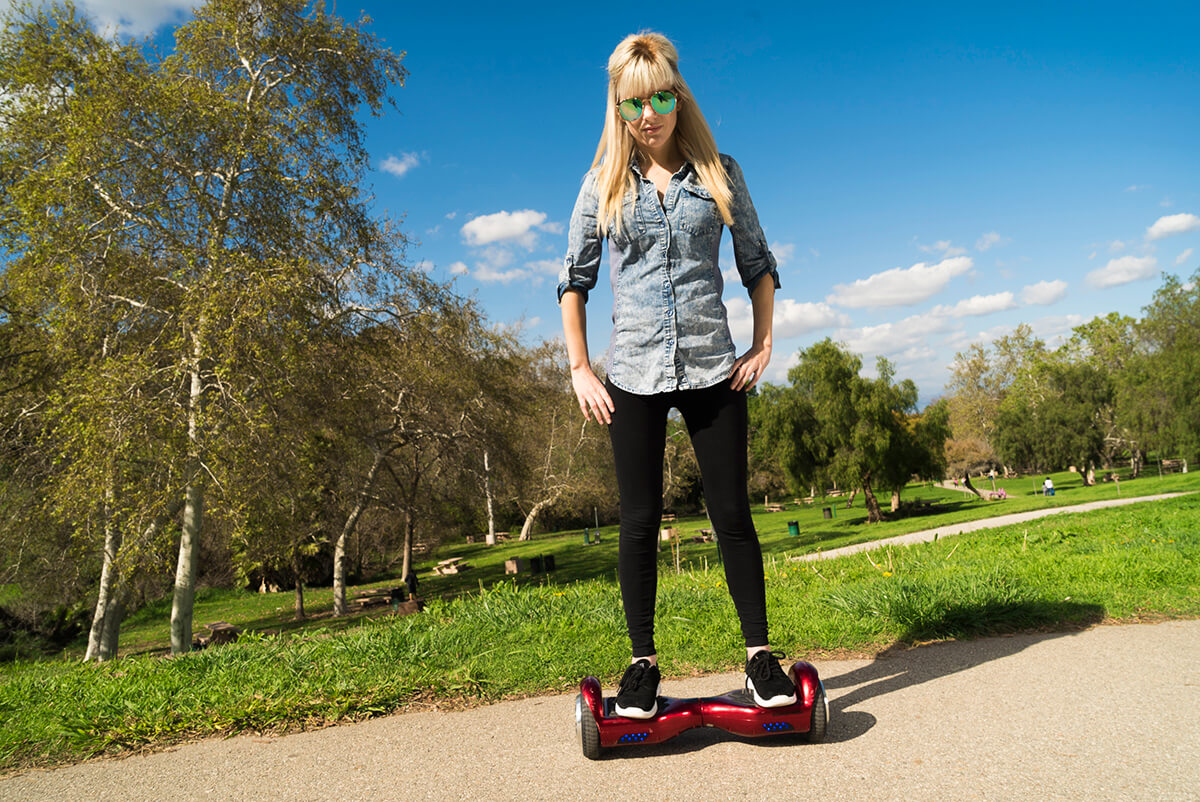 Most places in California allow hoverboard riders to cruise in bike lanes as long as the rider is 16 years or older and wearing a helmet (something we always recommend!). Lawmakers in the Golden State generally leave it up to individual cities and schools to determine the policies regarding hoverboards.

And hey, we hear you on the other side of the screen whispering, “But what about those, you know, issues I’ve heard so much about?”

Sure, let’s talk about them:

Hoverboard hazards, and how we fixed them!

It’s no secret that when the hoverboard first rolled onto the scene that not all of the kinks had been worked out yet. Lithium batteries have become a well-publicized topic, from phones to hoverboards, and we’re okay talking about them because the SWAGTRON Team was one of the first on the scene to address and fix the issue!

“What happened?” – Reports came in that the lithium batteries in certain products were not good for consumers.

“What did SWAGTRON do?” – SWAGTRON pulled all our hoverboards and electric skateboard off the shelves and went back to the drawing board to ensure that every SWAGTRON product was electrical system certificated.

“What is electrical system certification?” – It is always important to check and make sure your electrical devices are fire tested and certified under UL 2272! This means it’s okay to ride and keep in your home.

“What is UL certification?” – UL stand for Underwriters’ Laboratories, a non-profit organization dedicated to guaranteeing electric product safety through testing and certification for public home use.

By having the UL certification on our product, the SWAGTRON Team is showing that our products have been inspected and deemed good for home consumers.

If you visit the product description for our T3 hoverboard, you’ll find a list of all of the extensive tests our products are subjected to before they even are in the same room with our riders.

For example, the T3 is put through a crash test, shock test, overcharge test, and a short circuit test just to name a few – and that doesn’t even skim the surface!! ….and that’s just the T3.

So with all of this time, effort, and technology going into each and every board we make, you’re probably wondering…. 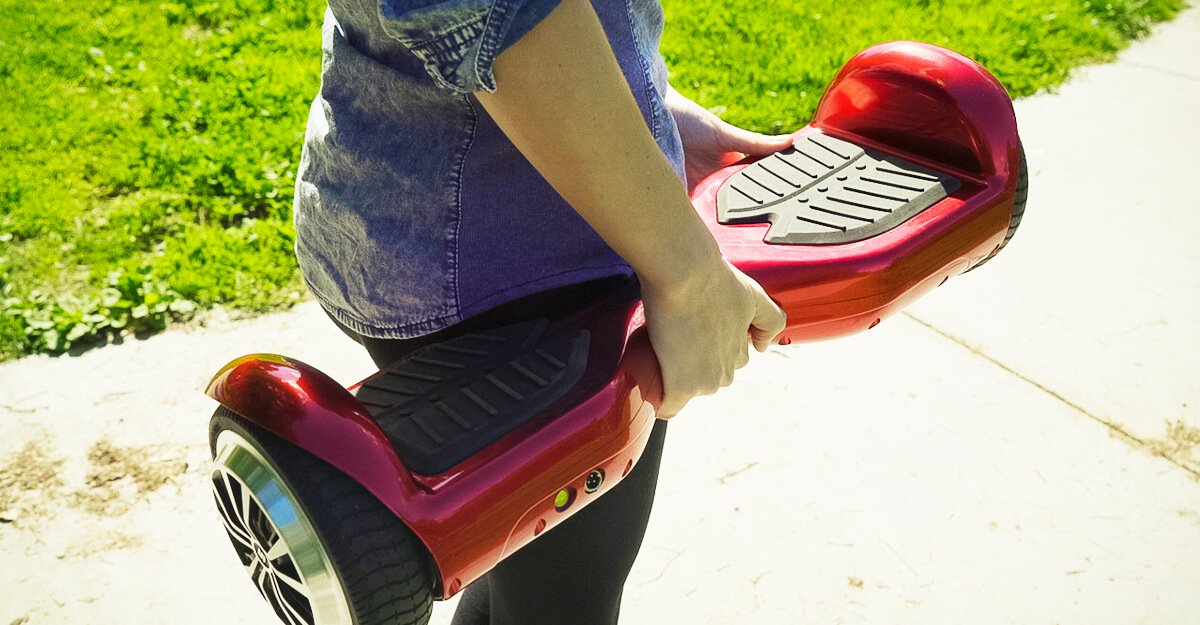 How much do hoverboards cost?

With all of the work that goes into making these bad boys both fun and durable, you would think this purchase would break the bank. However, SWAGTRON is one of the most affordable providers of personal e-transportation!

However, if you’re seeking the most bang for your buck, we can’t recommend our highly portable T5 hoverboard for $250 enough!

So…what are you waiting for?