By the time Saxl Rose (aka Antonio Hancock) was 6 years old, he was already blowing full melodies on his father’s saxophone. “Well, it was mostly noise,” Saxl corrects. “But I was definitely hooked on sax by then.” That love for the sax—and music in general—grew, as did his talent, eventually catching the ear of countless notable artists. Wiz Khalifa, Chris Brown, Paramore, Neck Deep, State Champs, just to name a few—including a field full of very appreciative cows:

And Saxl’s used to critical acclaim for his work and performances, and for his choice in e-rideables: “I brought the swagCYCLE Pro to a few of the shows I was on during the Lil’ Wayne/Blink 182/Neck Deep tour back in 2019.”

And how’d that go?

Saxl smile says it all: “Everyone loved it!” 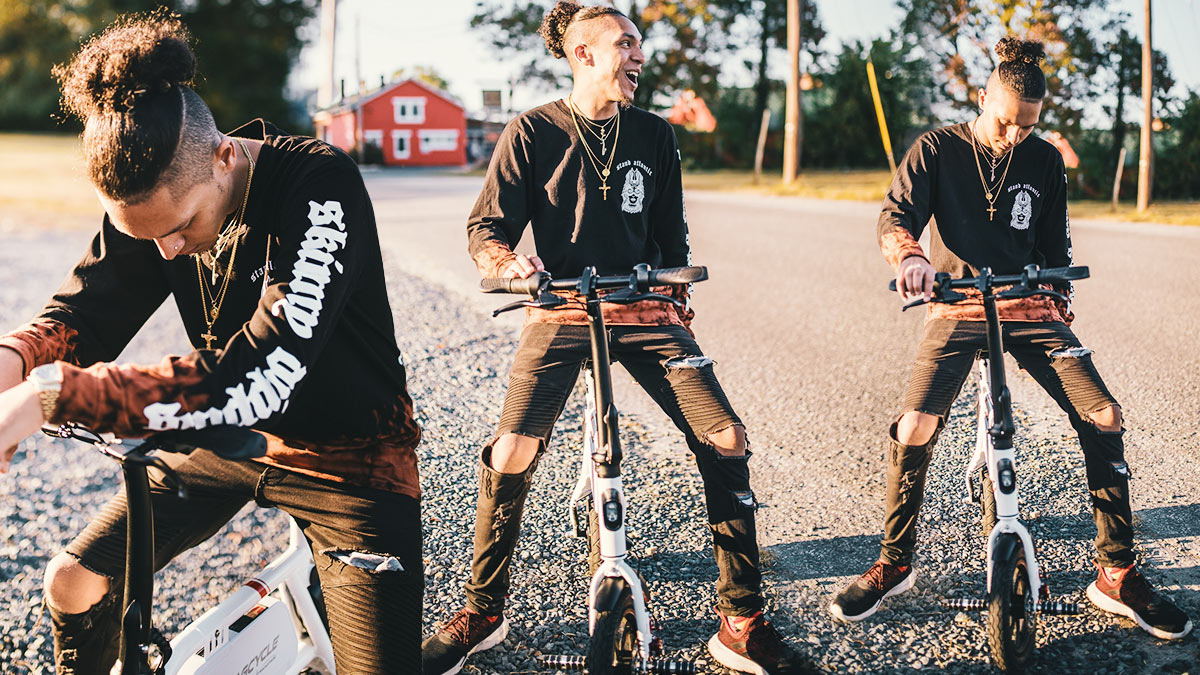 But that was then. What about now?

Antonio has the Swagger 7T Transport electric scooter right now. “Absolutely love it,” he says. “It rides real smooth.” That smoothness is exactly what we were going for when we designed the 7T. We wanted the electric scooter to be fast and powerful, sure. And with a massive 350-watt battery and upgraded removable battery, it’s certainly that. But we also needed it to be a durable, smooth ride—especially for taller riders. 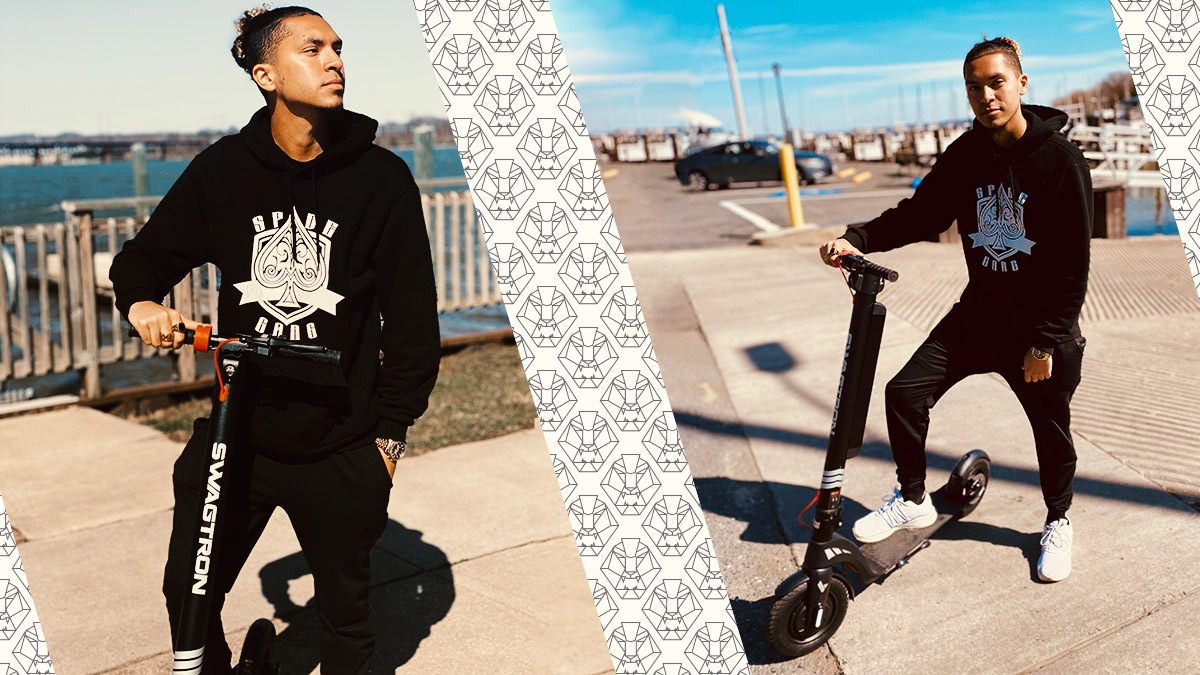 “I drive everywhere,” Saxl admits. “So I think the coolest part to me is being able to fit it in my car.” Folding the 7T Transport is a quick, three-step process. Perfect for when you need to fold and go with no fuss. “Once things open back up, I can’t wait to bring it to the festivals and shows like I did the swagCYCLE. To be able to just cruise around backstage or in the parking lots and have all the other bands and artists try it out will be sick!”

“Absolutely! The only thing that could make this better,” Saxl tells me, “black and gold colors. Maybe with some deep red trim or accents.” After a beat, he adds: “And Bluetooth speakers.”

Antonio’s father was a traveling musician, touring with the Baltimore band Trylogy. His mom was a local club DJ and his uncle toured and recorded with the legendary Teddy Pendergrass. To say that music is in Saxl’s blood is an understatement. “Thanks to my parents,” Saxl says, “I had already been playing for a little bit by the time I got into the band in elementary school.”

Throughout his early life, Antonio taught himself the basics of drums, guitar and keyboards. He honed his craft during school nights, playing in jam sessions with his father’s band. All of his hard work paid off. He won the Louis Armstrong Jazz Award and joined the Berklee College of Music’s saxophone program—a coveted program and the school to attend for musicians.

Recording. Touring. Featuring. Viraling. (Okay not a word, but hey, it works.) Saxl started posting saxophone covers on his Insta. One of his first saxophone covers, “Something New” (Wiz Khalifa, Ty Dolla Sign), went viral after it was seen and shared by Khalifa, himself.

STAYING POSITIVE AND THE FUTURE

Antonio has plans for the future—big plans. And he wasn’t about to let 2020 hinder him in any way. “Playing with Paramore and Neck Deep, playing at Wembley Arena, recording with Wiz, these were all highlights for me—absolutely. But I’m not done. Not by a longshot.”

Just before the pandemic hit, Antonio had performed to sold out crowds alongside Neck Deep at Rams Head Live (Baltimore), PlayStation Theatre (NYC), and Henry Fonda Theatre (L.A.)—all within a month! It would be understandable that a global lockdown would be like a punch in the gut for someone just starting to make waves in the industry through their performances. 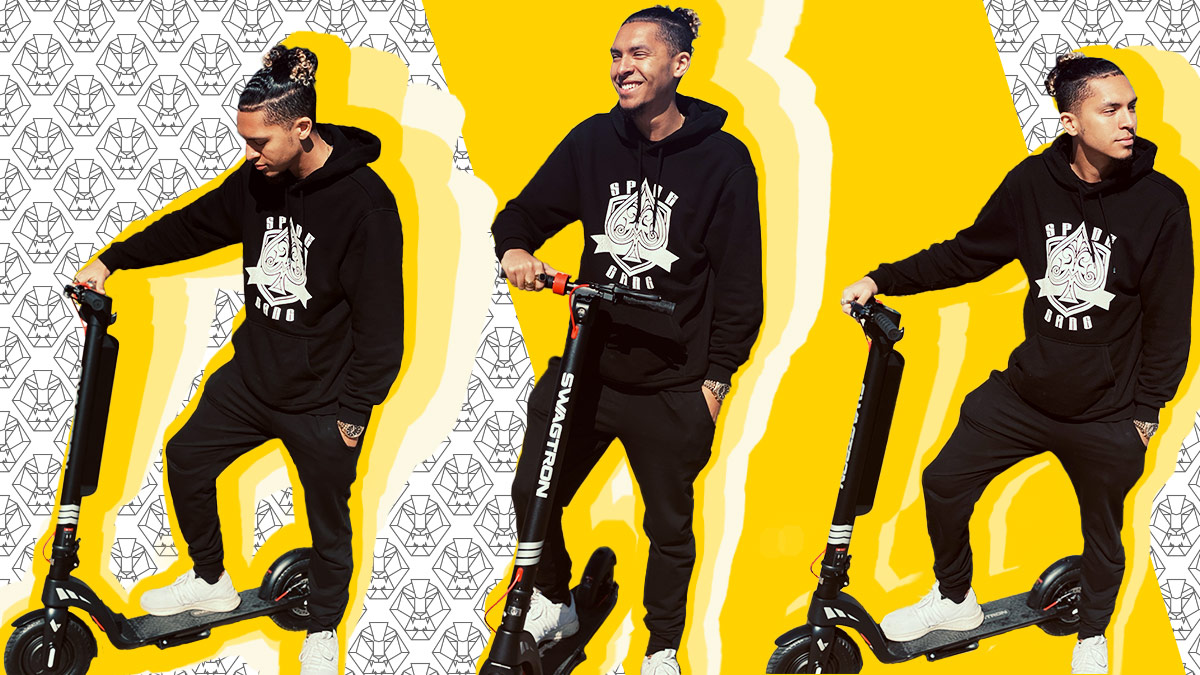 But not for Saxl. He realizes and accepts that there are going to be great days and rough days. “I’m realistic that way,” he admits. “You can’t let the rough days define your life. I knew that things would get back to normal eventually so I’ve focused with being the best I can be in the meantime.”

And that best has gotten lots of people to take notice. With endorsements from Lupifaro (an Italian based saxophone company) and Fiberreed, and creating his own signature mouthpiece with SYOS, Saxl is keeping his name in the minds of the movers and shakers of the industry. “I’m working on my debut project right now,” Antonio says. “About to shoot a music video for the first single. Just got back from LA where I was in the studio with Wiz [Khalifa] and the Taylor Gang guys working on music with them. Basically, just getting ready for whatever comes next!”

Oh, you mean, taking the music world by storm?

Because clearly that’s next!

Featuring some of Saxl’s favorite saxophone licks, including “Sixteen” (Rick Ross feat. Andre3000), “Too Hot” (Kool & the Gang), “Take My Life” (Casey Veggies) and more. Antonio has special love for Kenny G. “I never understood the criticism,” he says. “I think he’s dope as hell! I’d love to pick his brain about life and music.”