Yeah, we’re familiar with these hits and the fellas who sang them: Danny, Donnie, Jordan, Jonathan and still-baby-faced Joey — collectively known as New Kids on the Block. Their hit songs are practically burned in the memory of anyone who grew up in the ‘80s and early ‘90s, or who grew up loving the music of those eras.

NKOTB’s MixTape Tour has been selling out stadiums across the U.S. since May. And recently, NKOTB surprised fans by dropping a new video for their epic, throwback track, “’80s Baby.” In the video, we get to witness NKOTB doing what they do best: dancing on-stage in front of thousands of screaming fans. The video also features familiar cameos that many of us are familiar with: Salt-N-Pepa, Debbie Gibson, Naughty by Nature and Tiffany, all multiplatinum-selling icons from the ‘80s and ‘90s in their own right.

But that’s not all!

Check out the video for “80s Baby.” Around the 00:29 mark, you’ll see something else you’re familiar with — the pedal-free Swagcycle Pro eBike.

Yeah, they still got it (the right stuff). But it’s not just the video where our Swagcycle makes an appearance. Most nights on the MixTape Tour featured a backstage “change cam” that shows some backstage action on the big screen for fans— including Donnie and Jordan with their Swagcycles. We recently met up with NKOTB backstage at their show in Denver to upgrade their Swagcycle Classics to the top-of-the-line Swagcycle Pro. Considering how massive the concert set-up is (up to three stages in some cities) getting from stage to dressing room and back, and from one end of the show to the other between sets, is a lot easier with their Swagcycles, they tell us.

Maybe NKOTB should stand for New Kids on the Bikes? (We’ll let you have that one on the house, Donnie.) Keep an eye out to catch more of the boys and their Swagcycles on tour and online, and scroll down to learn more about SWAGTRON’s original pedal-free electric bike and the MixTape Tour.

ABOUT THE SWAGCYCLE PRO

Smart meets sleek with the original pedal-free electric bike, the Swagcycle PRO from SWAGTRON. The eBike that started it all, Swagcycle is a compact eco-friendly light electric vehicle (LEV) that looks like a bicycle but rides like a moped. And the Swagcycle PRO takes that classic design and ramps it up. Top speeds of 18 mph. Free companion app. Quick charging time. Strong, durable frame. Whether you’re a young adventurer, a student or a commuting adult, the Swagcycle has everything you need to get where you’re going with effortless cool. With the Swagcycle Pro, you can live that #ElectricLife and #RideBeyond.

ABOUT THE MIXTAPE TOUR

The epic MixTape Tour kicked off on May 2, 2019, in Cincinnati, Ohio, and will make stops in cities like Nashville, New Orleans, San Antonio, Los Angeles, Philadelphia and Boston. Produced by Live Nation, the MixTape Tour will wrap up in Hollywood, Florida, on July 14. The tour includes NKOTB’s Donnie Wahlberg, Jordan Knight, Jonathan Knight, Joey McIntyre, and Danny Wood, along with opening guests Salt-N-Pepa, Tiffany, Debbie Gibson and Naughty By Nature. 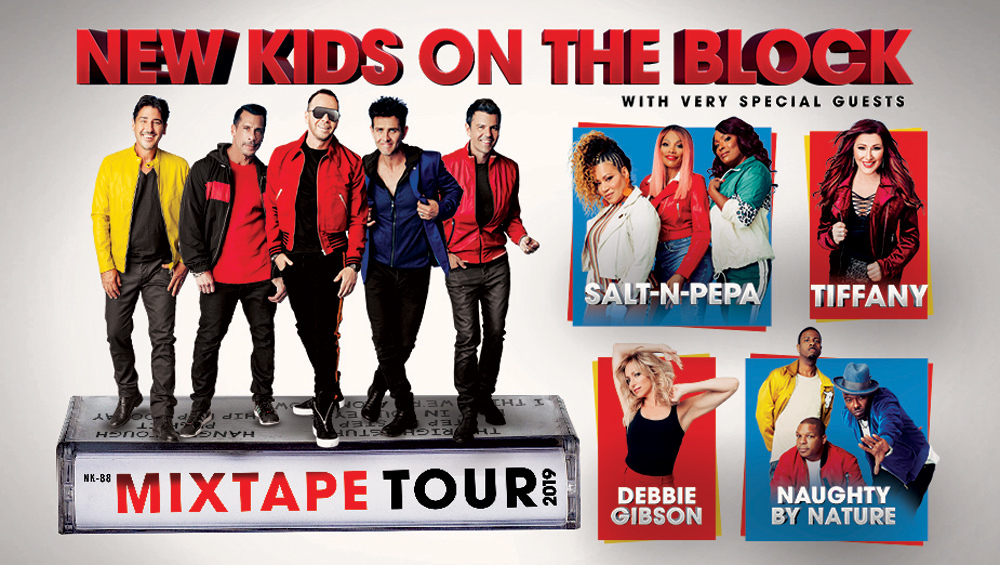