With a name like his, you might think Denver artist Rossini has some huge shoes to fill. “I’m named after my father’s favorite composer—Gioachino Rossini.” It’s almost as though his father had high expectations for Rossini, embedding him deep in the arts, before he was born. And it shows. Rossini’s single “Party People”—a stunning electronic-pop debut—surpassed an impressive 50K streams and earned rave reviews from culture and music outlets, including 303 Magazine and FVMusic.

The song evolves, layer by layer, with every note occupying its own space in the mix. Once the beat drops, the song comes together as a cohesive song that’s infinitely danceable. With tracks like “Party People,” it’s obvious that Rossini is a superb talent with a bright future ahead of him. 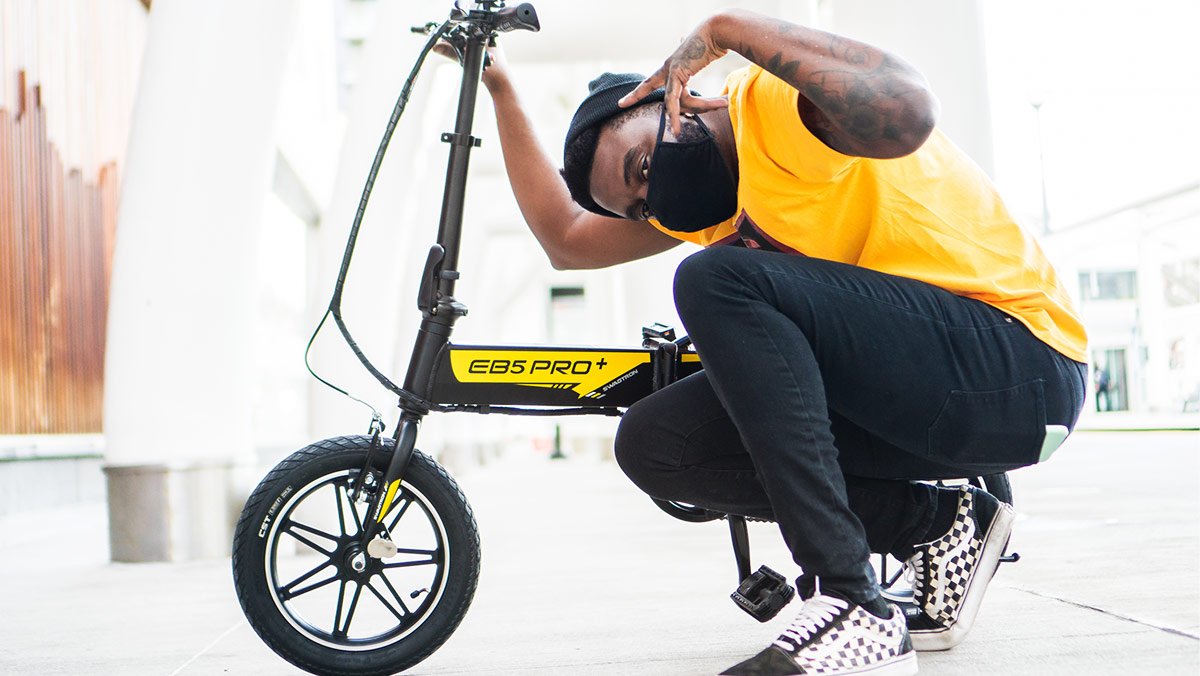 On Finding Inspiration from Family and Abroad

With Haitian roots, the Florida-grown and Europe-inspired Rossini is a melting pot of influences and musical styles. His father was a church choir composer; his uncle, a choir director. So Rossini was constantly surrounded by music. He could play the piano before he learned to speak and discovered his knack for songwriting in high school. 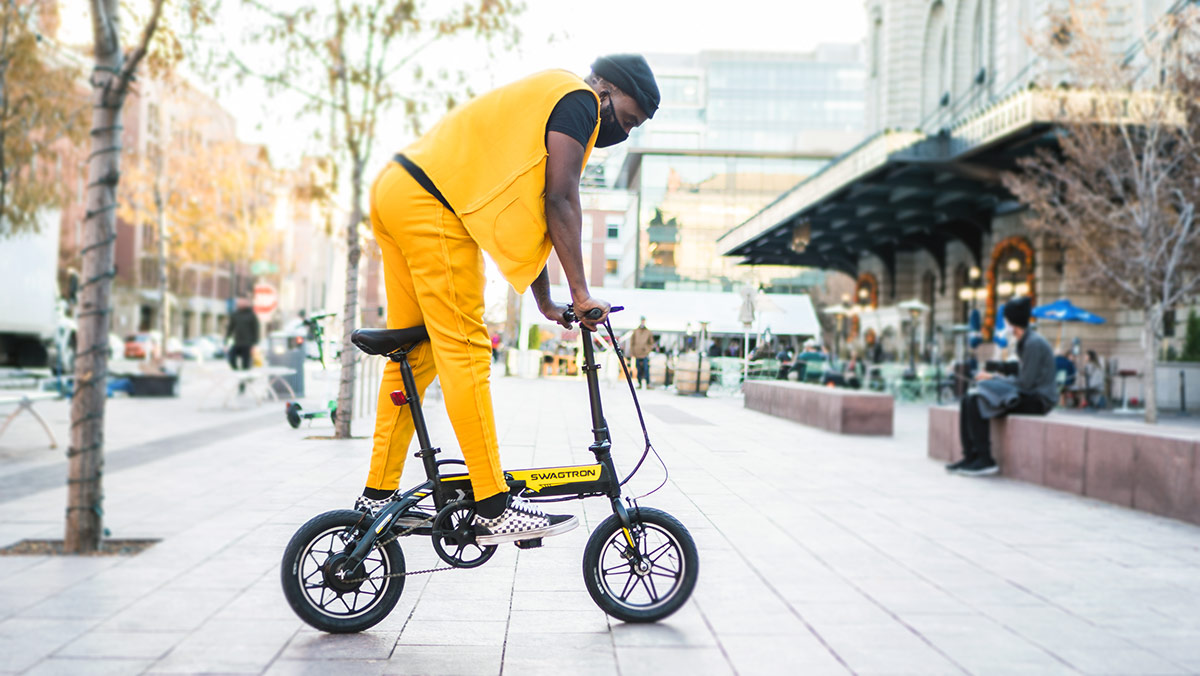 Rossini’s passion for music took him to Paris after graduation, where he would spend three pivotal and inspirational years in the music capital of Europe. “After spending time in Paris,” Rossini says, “I came back to the U.S., living in L.A. (with Rick James’ son—wow!) and Florida before ending up in Denver with the people who’d help me bring my first few releases to life.” 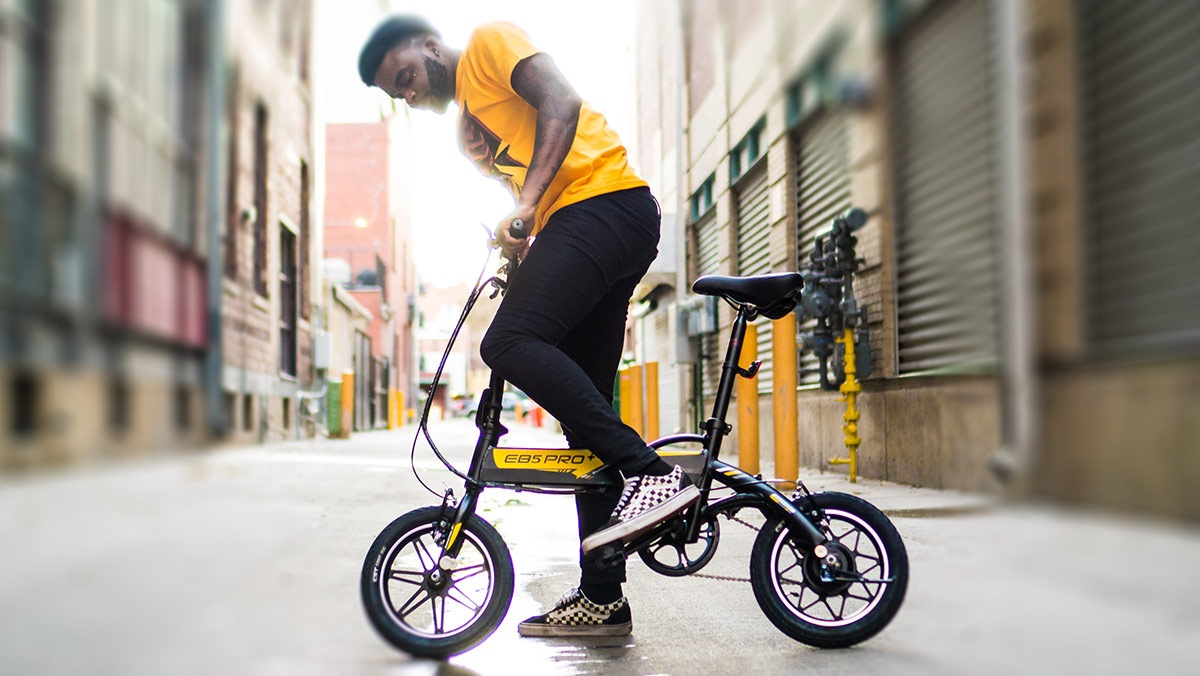 Those people included other rising up-and-comers like Kevin “Capi” Carbo and Pridemore. Later, Rossini went on to represented by Paul Easton, son of Eric Easton, the first manager of the Rolling Stones. These sorts of brushes with legends mean one thing: Rossini has a bullseye on his chest and stardom’s taking aim.

On His Love of the EB5 Pro Plus Electric Bike

We had a distanced photoshoot with Rossini and the EB5 Pro Plus eBike awhile back prior to COVID-19 shutdown. Rossini instantly fell in love. “If I could give everyone in the world an electric rideable,” Rossini admits, “it’d be an EB5 Plus. It’s fast and light!” And he’s right! 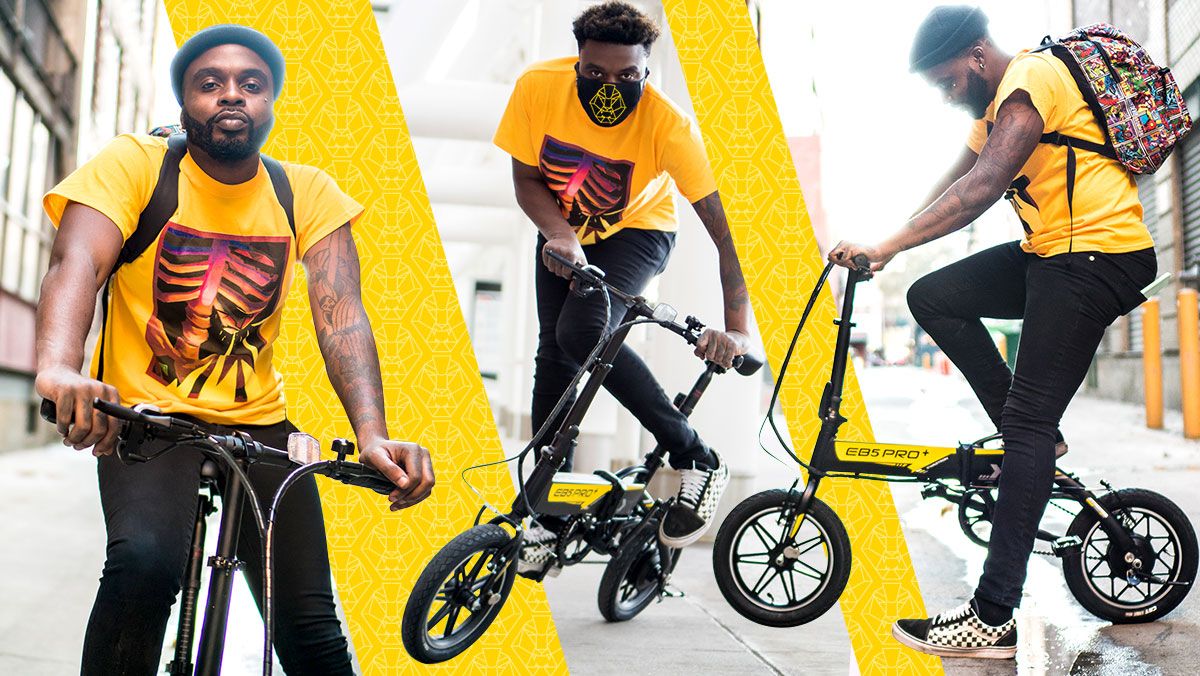 At just 37 pounds, the EB5 Pro Plus is one of the lightest, full-blown commuter eBikes out there, making it perfect for both city and campus use. The foldable frame adds even more value for those who want added portability to the ride. The EB5 Pro Plus charges in just 4-5 hours and can travel up to 15.5 miles on a single charge.

And that’s just on throttle-only power. Since you can pedal the EB5 Pro like a traditional bicycle, you could ride as long as your legs will allow. And that alone makes it a great primary mode of transportation for someone like Rossini, who lives in downtown Denver: “It could really be useful going on quick errands to the store or to the studio and back.”

The only thing that would make the eBike more perfect for Rossini than it already is? “A stereo!” Rossini says, with a laugh.

And that way, he can ride around time, blasting another of his latest pop masterpieces!

Like most of us, 2020 has been a tough year. It’s been hard to get active, stay focused and remain positive—all while staying safe. “It’s been hard since all the venues are closed, especially here in Denver,” says Rossini. “But it’s allowed me to be more focused on the craft and prepare for when things open back up.” 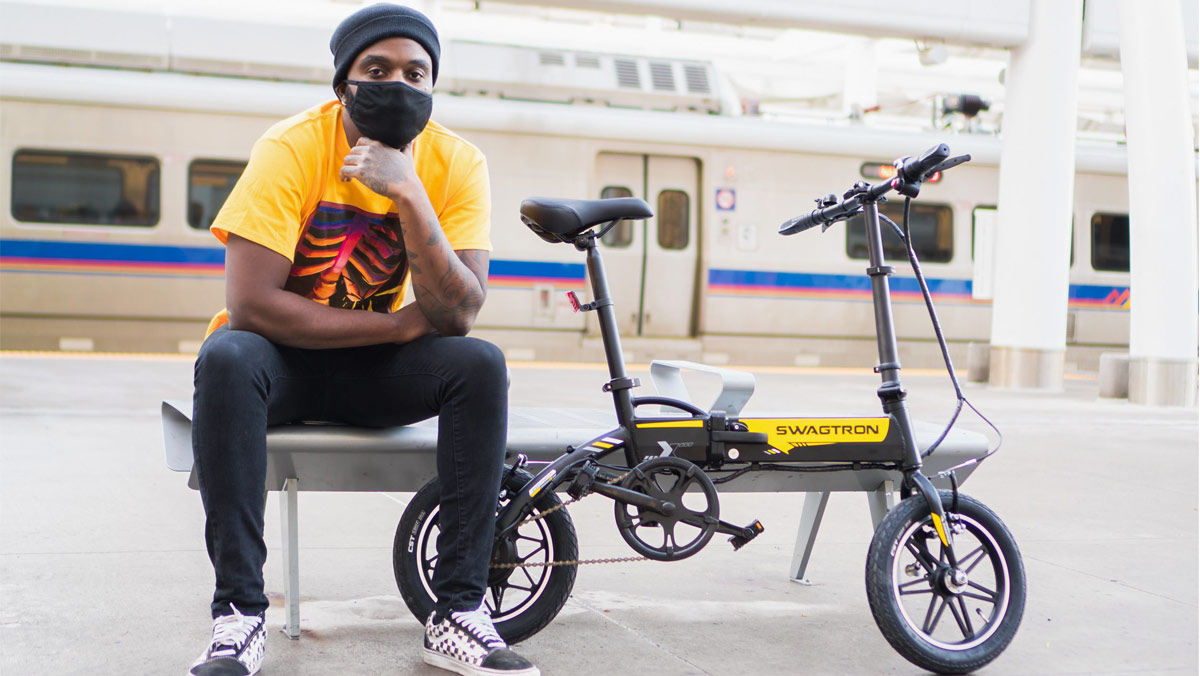 To help, Rossini practices self-care routines that ranges from the simple (“going to the beach or mountains”) to the more involved (“water deprivation therapy”). It all helps rebalance and recalibrate when Rossini needs it most.

It also helps that despite looking forward to a bright future, he doesn’t forget his roots: “I give back to my parents country, Haiti. It’s important that I do my part so that people there can have an opportunity to chase their dreams and not feel like it can’t be a reality.”