We didn’t think our EB7 Pro Plus eBike could look any cooler. Then we saw Terry Corso from Alien Ant Farm riding on. And now we know better!

Before the 2020 pandemic, Terry was set to embark on a highly anticipated tour with his band, Alien Ant Farm and Eve 6. And, as with the rest of us, the Coronavirus made plans have changed. But a little challenge never stopped the guys at Alien Ant Farm, and certainly not Terry Corso. Just this year, Terry and AAF released a quarantine-inspired video for their cover of that classic WHAM song, “Everything She Wants (which, by the way, features a cameo from SWAGTRON’s very own PR guru, Cody).

Alien Ant Farm formed in Riverside, CA, and raced to the top of the charts in the mid-90s with their smash hit remake of Michael Jackson’s Smooth Criminal. Since then, they’ve had multi-platinum selling albums and singles, contributed songs to multiple soundtracks, including the first Spider-Man, American Pie 2, and the first season of WWE Tough Enough.

On Loving His SWAG 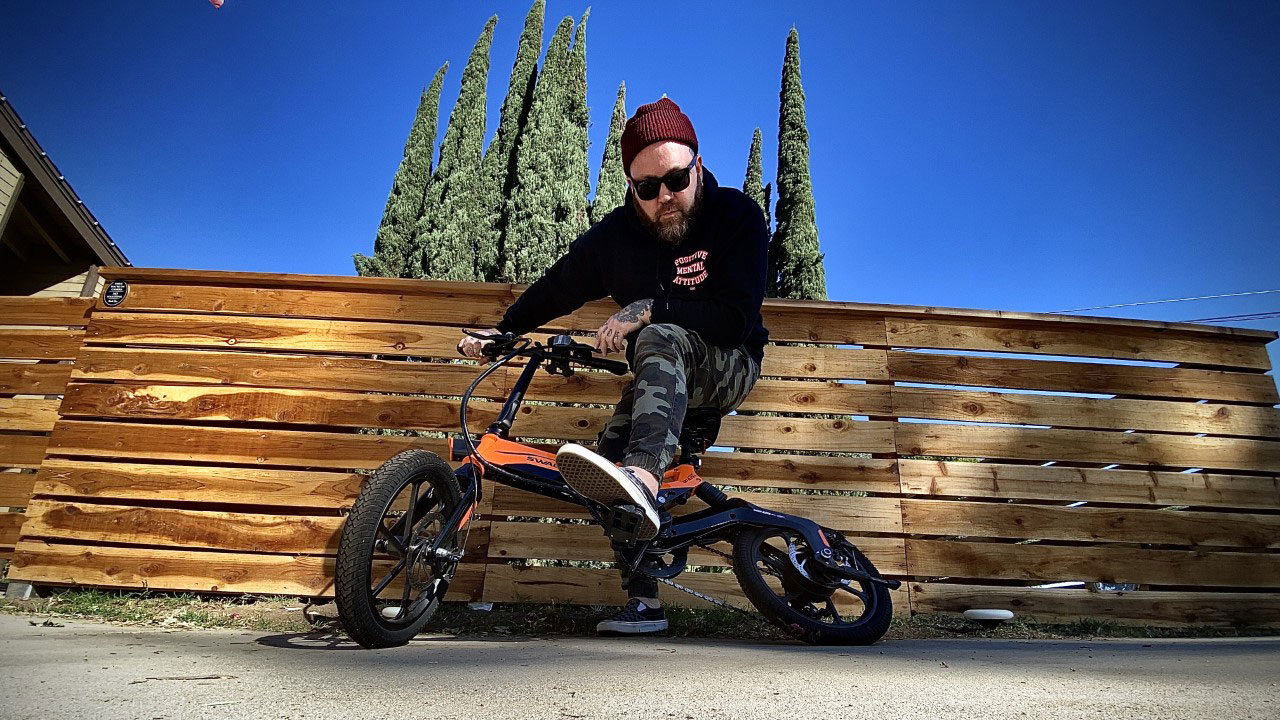 Terry Corso, making the EB7 Pro Plus look even cooler than it is!

Terry and AAF worked with us last year during our inaugural GIVING IS SWAG campaign benefiting Toys for Tots. Their signed swagCYCLE Pro was a hot commodity! But Terry’s been a fan of the brand even before then, owning (and loving) both the original EB5 eBike and the EB7 Plus folding eBike.

“I always keep my EB5 charged up in my garage for taking a spin around my neighborhood to break up quarantine monotony and boredom,” Terry says. “And I keep my EB7 folded up in the back of my jeep, ‘cuz . . . well, ya’ never know.” And some of the youthful AAF energy erupts from Terry as he admits: “If I could, I’d love to ride EB7s with [former U.S. Congressman and legendary civil rights leader] John Lewis before he passed and getting into ‘good trouble’.”

And when it comes to electric bikes, Corso is truly sold on The Fold. “I like it when the eBike folds up nice and tight,” he says. “Makes it easier to take with you out to places.”

Because you never know when you might need to get into that “good trouble.”

AAF’s collaborative nature has been on full display all year. First with their video (and the star-studded cameos) and then with the double hazy IPA (dubbed “IPAAF”) that the band released in conjunction Riverside’s Packinghouse Brewing Company.

With the beer came new music. Corso said the band was able to crank out four new songs earlier this year after a bit of a hiatus. This was the first time in awhile that Corso remembers making songs that made him say, “Okay, this is us and it sounds like us. This is the next step, this is the next progression for Alien Ant Farm musically.”

Corso admits that the coronavirus has compromised the music making process slightly. But that hasn’t dampened his creative output. “I’ve been writing a lot of music for other artists. But I’ve also been into photography for a while now. I’d like to maybe sell some prints of my photography, so keep an eye on my Instagram!” 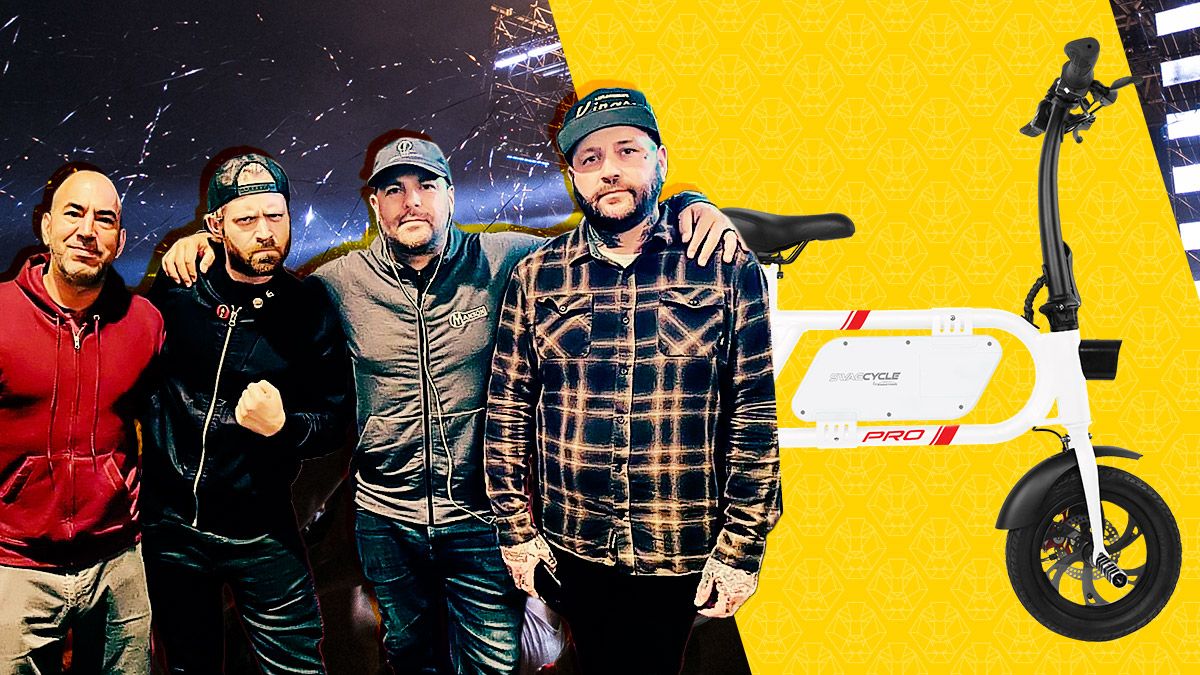 Terry Corso with Alien Ant Farm and the swagCYCLE Pro eBike they signed for GIVING IS SWAG 2019!

Staying Positive and Growing Together

Any patented Terry Corso Tips and pearls of wisdom for us on how to stay positive?

“Meditate often. Chip in. Wear a mask and social distance. Being a part of something that we’re all in together, not unlike our Everything She Wants video, is very positive thing in and of itself. I mean, what a positive feeling to know you’re a part of this great big team that cares and looks out for each other. We really need everyone on board to beat [coronavirus]. We need to use these trials and tribulations to help us grow together. Not separate.”