New Yorkers are used to being trendsetters. But there’s one trend that The Big Apple has been left out of — the global electric scooter and eBike phenomenon.

“It blew my mind,” Helmis Ortega, a paralegal who lives in Upper Manhattan, told the New York Times after touring Atlanta, GA, on an electric scooter. “How do we not have this here?”

Indeed, how could a city that’s the epicenter of fashion and culture, the city that never sleeps, the home of the Cronut, miss out on such a hot trend?

Well, the answer was simple: they were illegal in New York City.

New York Legislature Turns Up The Throttle On Electric Scooters

Electric scooters and electric bikes were already legal in New Jersey. You could see them zipping around in Hoboken, just across the Hudson River from NYC. But it took months of discussion and a lot of compromise before lawmakers in the state capital of Albany would pass a bill lifting the ban on “throttle-based” scooters and bikes, finally making eBikes and eScooters legal in the Five Boroughs.

So does that mean we’ll be seeing more electric scooters zipping around Manhattan?

Remember when we’ve touched on the complicated legality of electric scooters in a previous blog?

Whether you can legally ride your electric scooter will depend on a confusing mix of state and local laws. Your state might allow e-scooters; your city might not. A city might encourage e-scooters as a smart, efficient way to get around town; your college might think otherwise.

This potential for confusion still exists. The newly signed state law grants cities the option to “opt-in.” So localities can decide for themselves exactly how they want to regulate the electric vehicles — or if they want to allow them at all.

The state law, for example, doesn’t require riders to wear helmets. But the city of Rochester, Syracuse or Buffalo might require it. So, eBike and electric scooter legality could vary from Manhattan to Brooklyn to Queens to The Bronx and Staten Island. 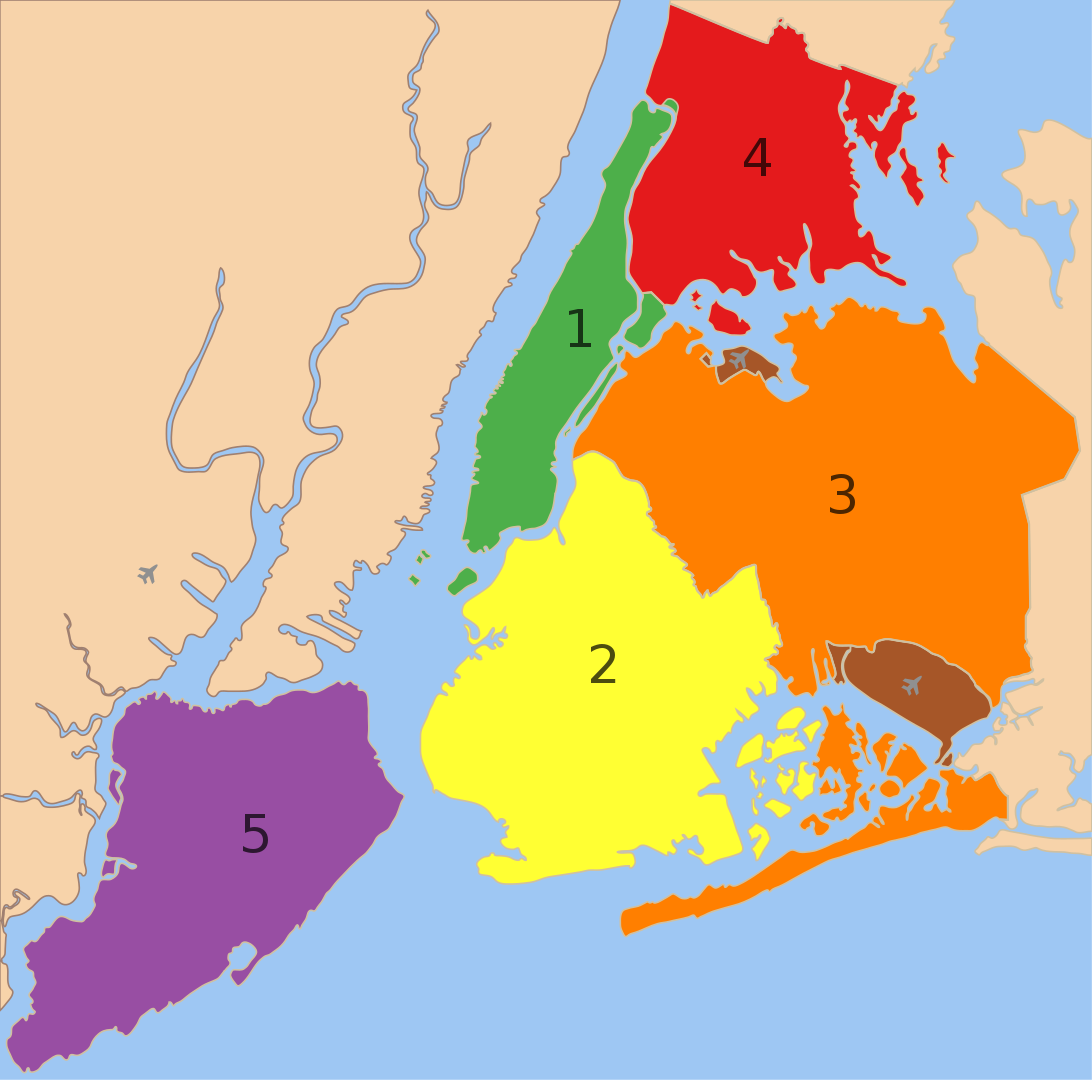 NYC: NO TO DOCKLESS E-SCOOTERS, YES TO PERSONAL

For a lot of cities, so-called “dockless” electric scooters are more headache than they’re worth. Sure, they’re a convenient way to get around when you’re on the go. But making sure rideshare scooters are in good, safe working condition is difficult (keeping them out of rivers, even more so). But NYC city council members couldn’t deny that electric scooters and electric bikes can ease the city’s mass transit problem, especially the MTA. New York City already has a booming public transit system that handles millions of people every day.

A report from the New York City Controller last year says nearly 25 percent of New Yorkers — many located in the Bronx, Brooklyn and Queens — do not have access to the city’s subway system. That’s a lot of people who might be able to be served by a light electric vehicle (LEV), such as an eScooter.

But New York relaxing its stance on eBikes and eScooters is not just good for commuters. It also removes a hurdle faced by a lot of delivery workers who were using throttle-only electric bikes to help better navigate their routes.

Last year, NYC legalized electric bikes that still required the rider to pedal. But throttle-only or pedal-free eBikes were still not allowed. For example, riding around on one of our feature-rich Swagcycle Pro eBikes would not be allowed. Doing so could result in a whopping $500 fine or even confiscation by NYPD.

Renting Is For Rookies (And Still Not Allowed)

While state lawmakers moved to legalize electric scooters and e-bikes, they did so only after agreeing to a significant provision — scooter rental companies still cannot operate in Manhattan. The end-of-session compromise would let New York City and other cities in the state decide where exactly electric-powered vehicles are allowed, if at all.

Specifically, the bill states that localities can set up “shared electric scooter systems” in any county — except New York County:

Read the bill in its entirety.

With those population numbers, the target is clear: Manhattan. But it also includes Governors Island.

The version of the bill now awaiting the signature from Governor Andrew Cuomo, also forbids electric bikes and e-scooters from the Hudson River Greenway, the world’s most popular bike lane, and the Niagara River Greenway.

But even with these last-minute concessions, the new law is still a hard win for anyone in the state of New York who wants to make getting around their city easier.

Basically, it boils down to this: If you want to be 100-percent above-board in New York, whether you’re in Albany, Syracuse or Long Island, it’s best to own your electric scooter or eBike.

Inc. compared owning an electric scooter to other modern modes of personal transportation, including bikes and scooter rentals. The benchmark for e-scooter ownership? Our Swagger 5 Elite.

“Owning a scooter is a strong option [. . .]. It’s faster than a bike, doesn’t cost much more than a decent commuting bike, won’t make you sweaty, and it’s likely collapsible for easier storage.”

Read the full article on Inc.com. 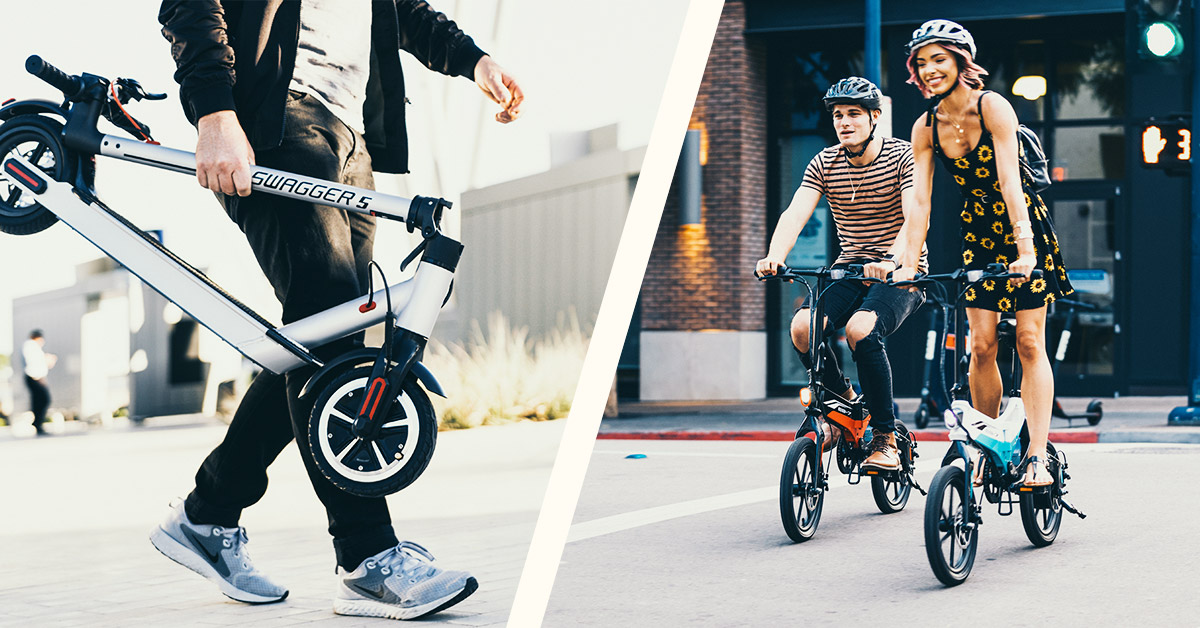 So New York has followed in the footsteps of its neighbor New Jersey and made light electric vehicles like electric scooters and electric bikes legal. But if you’re planning on riding in Manhattan, or any of the other five boroughs, your best bet is to own.

Fortunately, we got you covered.

By buying your own electric scooter or eBike, you’ll have more control over the quality of what you’re riding. And it’ll always be readily available for you.

And buying from SWAGTRON, you’ll be buying from the most trusted name in electric micro-mobility, from the brand trusted by parents and pro athletes alike.