Summer’s here and the weather couldn’t be more beautiful. Time to get out and enjoy the sun while you can. And exploring your city has never been easier than in today’s day and age. There are so many new forms of transportation that are crazy fun: electric scooters, eBikes, hoverboards. They’re great for commuters and can help us lower our carbon footprint. But are they street legal?

Can you drive your electric scooter on the road? Can you ride it on the sidewalk? Do you need to wear a helmet?

We wish these were simple Yes-No questions. But most current laws were written for automobiles and traditional, non-powered bicycles. They don’t address these newer modes of transportation. 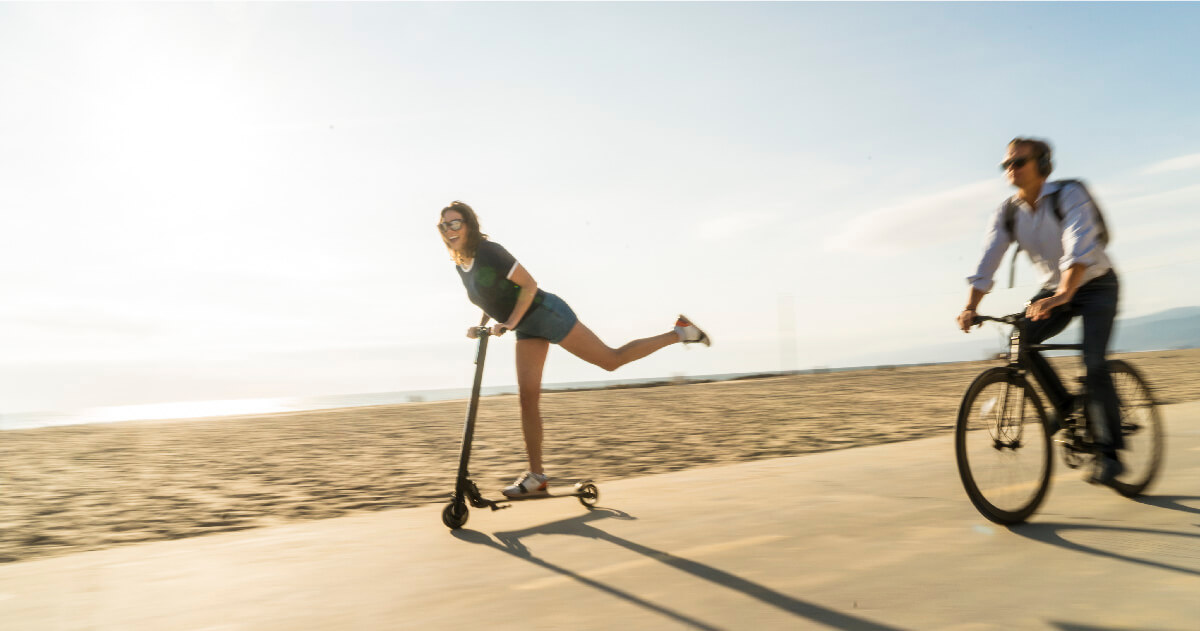 Whether you can legally ride your electric scooter will depend on a confusing mix of state and local laws. Your state might allow e-scooters; your city might not. A city might encourage e-scooters as a smart, efficient way to get around town; your college might think otherwise.

Instead, let’s focus on general e-scooter laws in the United States. Then we’ll point out how regulations differ between states and, in some cases, between a state and a city in that state. This will give you a good starting point to determine if electric scooters are legal in your area.

In most areas, electric scooters have the same laws as electric bicycles. Ebikes have been around a lot longer than the new generation of standup electric scooters. There is a lot of data on how they affect public well-being.

Are there more crashes than traditional bikes or scooters? Are e-scooter riders more reckless? How do pedestrians, drivers, and other cyclists react? Studies that answer these questions help the government tweak existing laws rather than starting from scratch.

The general conclusion is that electric scooters are like bicycles — no extra regulations are needed. In most places you can ride your electric scooter on pathways, trails, and streets that have bike lanes. You won’t need a license, registration or insurance, but sidewalks are off-limits.

How do the laws in some other densely populated states compare?

In the past year, dockless electric scooters have been all the rage in California. These rentable e-scooters from Bird, LimeBike and Spin have taken to the streets. The urban commuters and city dwellers of Los Angeles, Santa Monica and San Francisco see them as attractive solutions.

The surge in popularity has caused California legislators to take a closer look at electric scooter laws. Recently, the California state assembly introduced a February 2018 bill to clarify the existing law. It gives cities a baseline to use as they pass their own local ordinances. 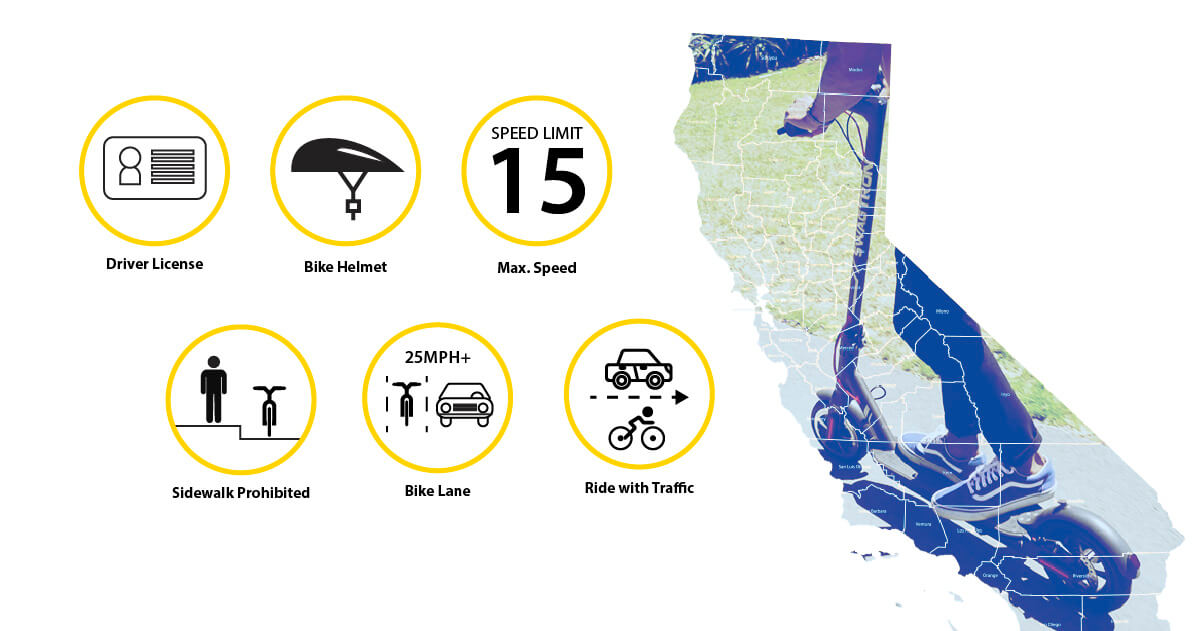 Texas state law is a bit more lenient with electric scooters. A motor-assisted scooter is perfectly fine if it has a motor under 900w and can also be ridden manually, like a kick scooter.

Like California, Texas Texas allows riding electric scooters “on a path set aside for the exclusive operation of bicycles.” But they also allow e-scooters on sidewalks and on streets with a speed limit under 35 mph. And electric scooters use the same traffic laws that apply to bicycles such as obeying speed limits and using your arms to signal turns. 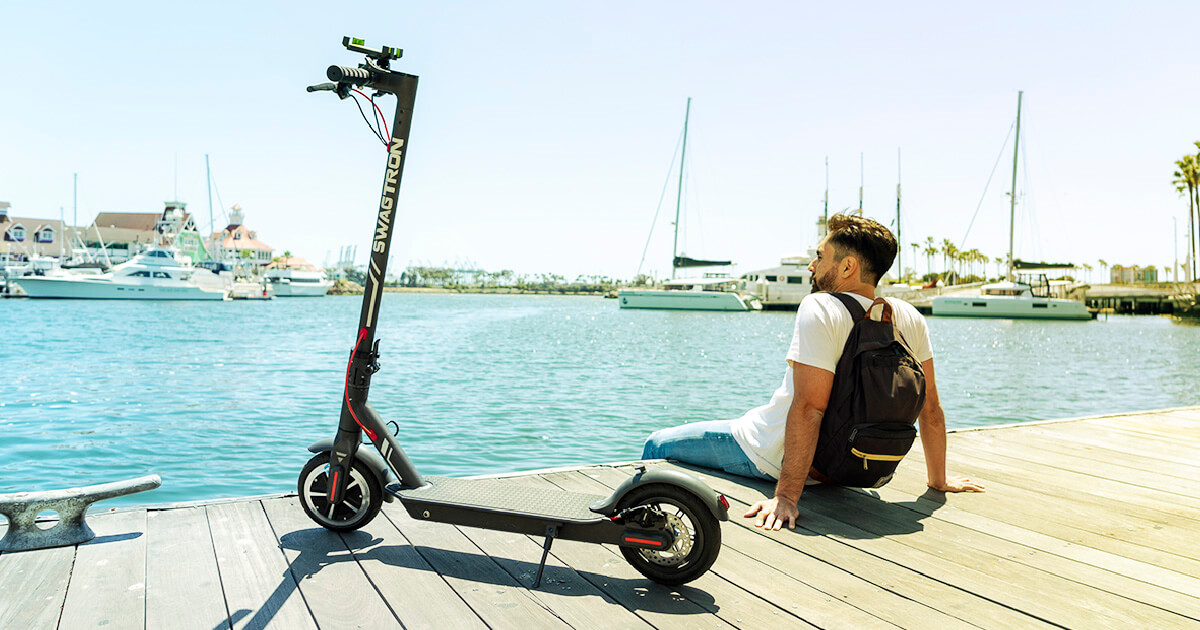 The city of Austin, TX, has embraced cutting edge transportation. They’ve also tackled head-on the legal headaches involved with any game-changing technology. After a temporary ban on electric scooters this spring, electric scooters are now allowed with a few minor restrictions.

(To complicate matters more, the University of Texas, located in Austin, TX, has its own set of rules governing bikes and electric scooters.)

Is an Electric Scooter Legal in New York?

Want to ride your brand-new Swagger 5 electric scooter in New York? Sorry, you’re out of luck. New York State doesn’t allow “motorized scooters” on any street, highway, parking lot, or sidewalk. But this may be changing soon. 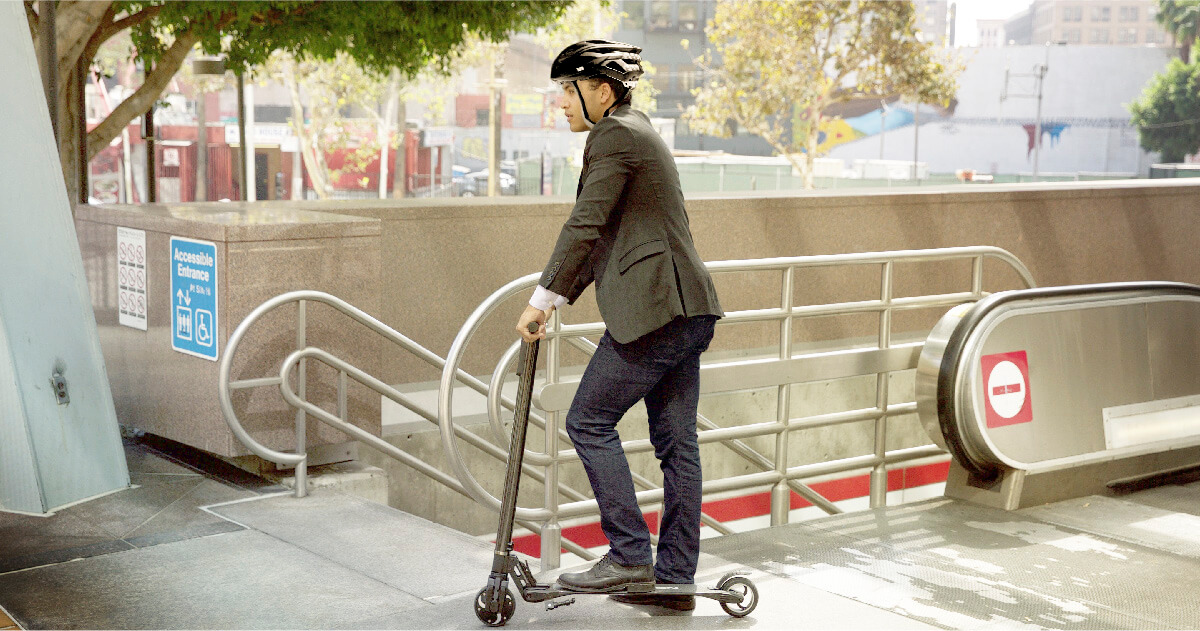 Electric scooters are a fun, convenient way to get around — there’s no questioning it. But are they legal?

Generally, you’re allowed to ride your stand-up e-scooter wherever you can ride a bike. Ride with care and use common sense. Don’t ride on the sidewalk. Use bike lanes to stay out of the way of faster traffic. And be sure to look out for pedestrians and obey traffic laws.

Those are very common-sense general rules with riding electronic scooters. But there may be a few extra rules depending on where you live and where you’ll be riding. 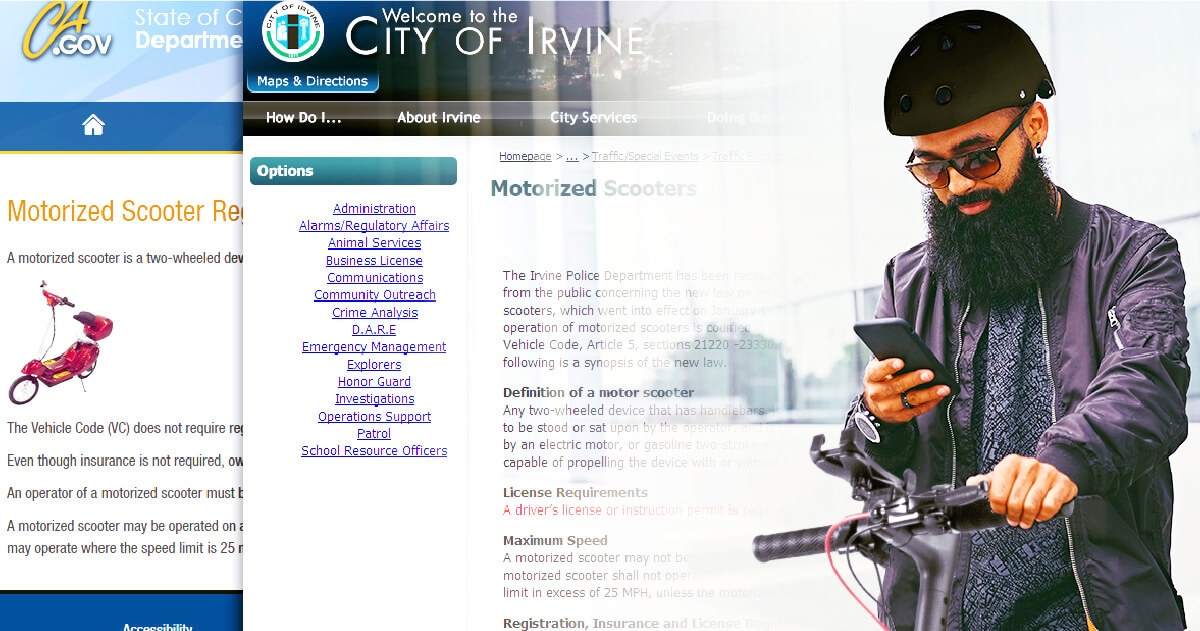 Check the website of your state Department of Motor Vehicles first. You might be able to find information there, not only about state laws, but also local municipalities. Larger cities such as NYC and San Fran will also have info on the city website.

If you can’t find it online, just ask the local police. It’s better to talk to them now on the phone rather than after they’ve handed you a citation!

* This material is intended for general information purposes only and does not constitute legal advice. You are solely responsible for knowing and obeying the laws which pertain to you. *