Victory is sweeter when it’s come through hard work and perseverance, when you’re told you can’t do something but not only do it, you excel at it. Case in point: Cyril Grayson, current Super Bowl LV champion with Tampa Bay Buccaneers.

And Cyril definitely got there, going from being an all-American track sprinter at Louisiana State University to Super Bowl champion in Tampa Bay. After winning four NCAA Championships, one SEC Championship, seven All-American honors and 5 All-SEC honors, Grayson decided to sign as an undrafted-free agent in the NFL before eventually landing with the Tampa Bay Buccaneers. And even before the Super Bowl win, Cyril’s dedication to training and prowess was paying off. During preseason, he was leading his team in receiving yards and receptions.

CYRIL AND HIS SWAGGER (5 ELITE) 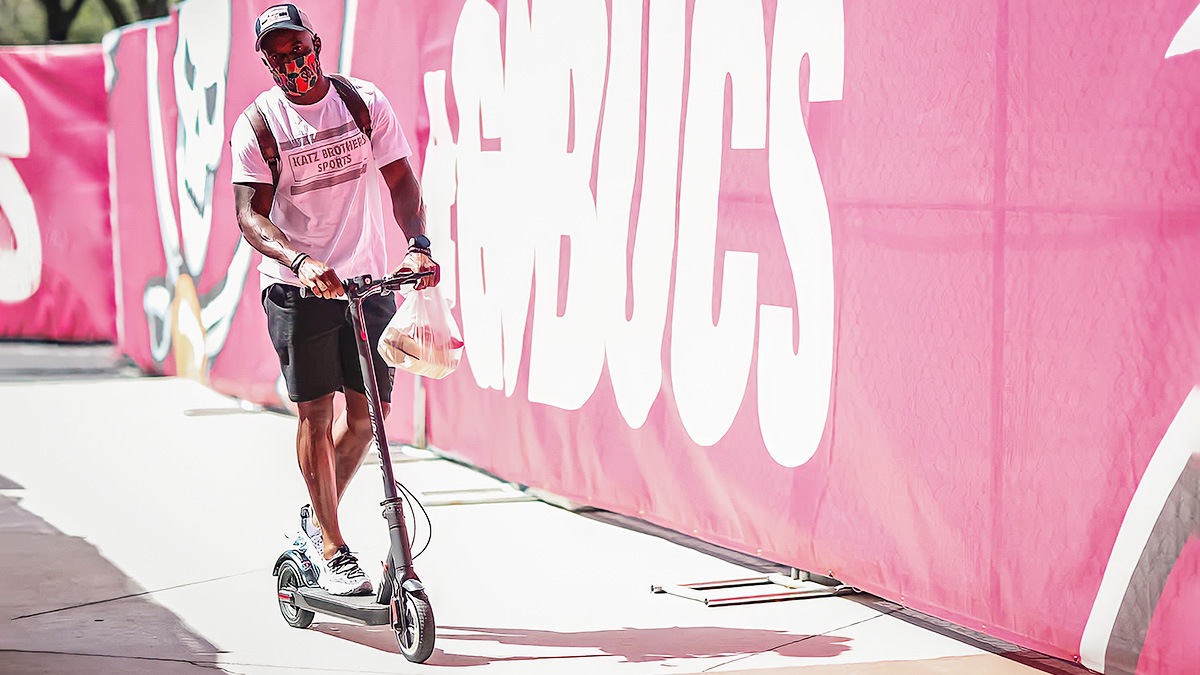 “I like that it’s compact,” Cyril says. “Plus, I can keep it in my car.” The compact nature of the Swagger 5 Elite makes it a perfect last-mile solution for commuters, students or just casual adventurers. It folds down in three quick, easy steps. “When I have to really park far, I don’t sweat it anymore. I just grab and go. Let the Swagger 5 do the rest.” And it’s lightweight, so it won’t weigh you down if you have to carry it up a flight of stairs.

Cyril also appreciates how long the Swagger 5 Elite lasts. On a single charge, the Swagger 5 Elite can travel up to 11 miles, reaching top speeds of 17 MPH. But there’s more to the Swagger than speed and distance. It’s got cruise control, an Android/iOS-compatible app, LED headlight, rear disc brakes and a lot more. After all, there’s a reason why CNET voted the Swagger 5 Elite as the Best Electric Scooter for Modest Budgets. It’s because the Swagger 5 Elite delivers lasting durability, performance and a ton of features in one value-packed scooter.

GOING FROM TRACK TO FOOTBALL

Ever since he could remember, Cyril always wanted to play in the NFL. But the path to college came in the form of a track and field scholarship. That scholarship, however, stopped him from being able to play college football. According to NCAA rules, an athlete signed to a scholarship for a minor sport (such as wrestling or track and field) would have to drop his scholarship or sit out two years before being playing football.

“I was young and didn’t know what I wanted to do,” Grayson says. But he knew he wanted to stay in college. “I told coach I was track 100%.” And though he excelled in track and field, his first love was football.

“I still wanted to play professional football. When I couldn’t play football in college, I had to change the path I took to get there.”

Grayson signed with the Seahawks as an undrafted free agent in 2017, before moving on to other franchises, including a brief stint with the New Orleans Saints and Indianapolis Colts. He eventually landed in Tampa Bay—and the future looks bright! 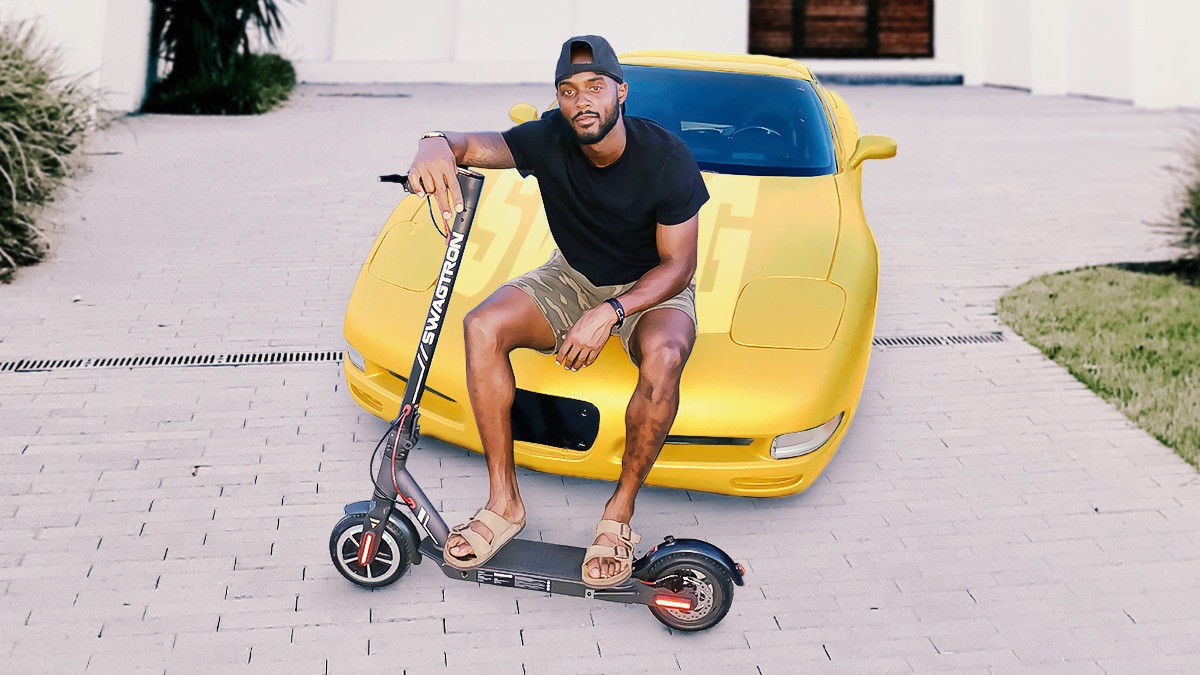 Grayson had to go up against the monolith that is the NCAA and their rules. For many of us in the past year, that monolith has been COVID-19 and the world’s response to the coronavirus. It’s left a lot of people feeling as though they can’t stay active, engaged and focused on their goals. Even Grayson, himself, was almost sidelined because of a COVID scare.

“The times you don’t want to do it—or feel like you can’t—that’s when it’s most important that you do it!” Failure is just opportunity for Cyril, opportunity to get better, do better and be better than before. He says: “It may seem like it’s more struggle than success sometimes. But keep your eyes focused on the light at the end of the tunnel. Your hard work will pay off.

AN EYE TO THE FUTURE

Cyril Grayson is enjoying success. For now, he’s prepping for next season by taking time for himself and his family. Part of his regimen for self-care and continued growth is simple: cook, fish and hunt. But it also means resuming is charitable activities with Ronald McDonald House and Project Neaux Limits, which helps other athletes improve their wellness practices through mentorship.

And understands that football won’t be forever. “I plan on going back to school to get my Doctorate.” And look out for business ventures from Cyril in the very near future, like real estate.

If Cyril Grayson can put 1/10th of the effort into his entrepreneurial endeavors as he has track and field and football, they’re sure to be a success.