When our Swagboard T580 Vibe landed a role on Netflix’s rom com “Someone Great,” we knew we would never hear the end of it. (And we haven’t! The T580 has become a real diva!) But now, we have a new superstar in the making. Our very own Swagger 5 Elite electric scooter appears in the upcoming Netflix Original movie “Between Two Ferns: The Movie,” starring Zach Galifianakis, Will Ferrell and a host of other top-tier talent.

Watch Will Ferrell on a Swagger 5 Elite

Will Ferrell is many things — superstar actor, comedian, producer, businessman and all-around great guy. Little did we know that his skills also included riding an electric scooter, and expertly so.

See for yourself. Watch Ferrell show off his Swagger-riding skills. It all goes down around the 2-minute mark. But the entire trailer is well worth a viewing!

About “Between Two Ferns: The Movie”

“Between Two Ferns with Zach Galifianakis” debuted in 2008 on the comedy site Funny or Die. The “anti-talk” talk show/web series quickly became a fan favorite, thanks in part to Galifianakis’s abrasive and deadpan delivery. But mostly, it was the politicians and A-list celebrities that he “interviewed” who were more than willing to play along that really made the series what it is.

We’re talking President Obama &mdash; when he was still in office! — as well as Hillary Clinton, who was running for president at the time of her appearance, Brad Pitt and many others. It’s no wonder this long-running web series is a two-time Emmy award winner!

Inappropriate questions. Awkward responses. Pregnant pauses. And all wrapped up with clumsy, old-school graphics in a setting that positions Galifianakis and guest, well . . . between two ferns.

Check out the Brad Pitt episode below:

“Between the Ferns: The Movie” promises that same irreverent humor from its Funny or Die days. It’s part talk show, part road comedy, but all funny. The movie draws from an all-star cast that includes Keanu Reeves, Brie Larson, Tiffany Haddish and Peter Dinklage among others.

Will we see more of the Swagger 5 Elite in the actual movie? We’ll have to watch and find out.

“Between the Ferns: The Movie” premieres on Netflix on Sunday, September 22. 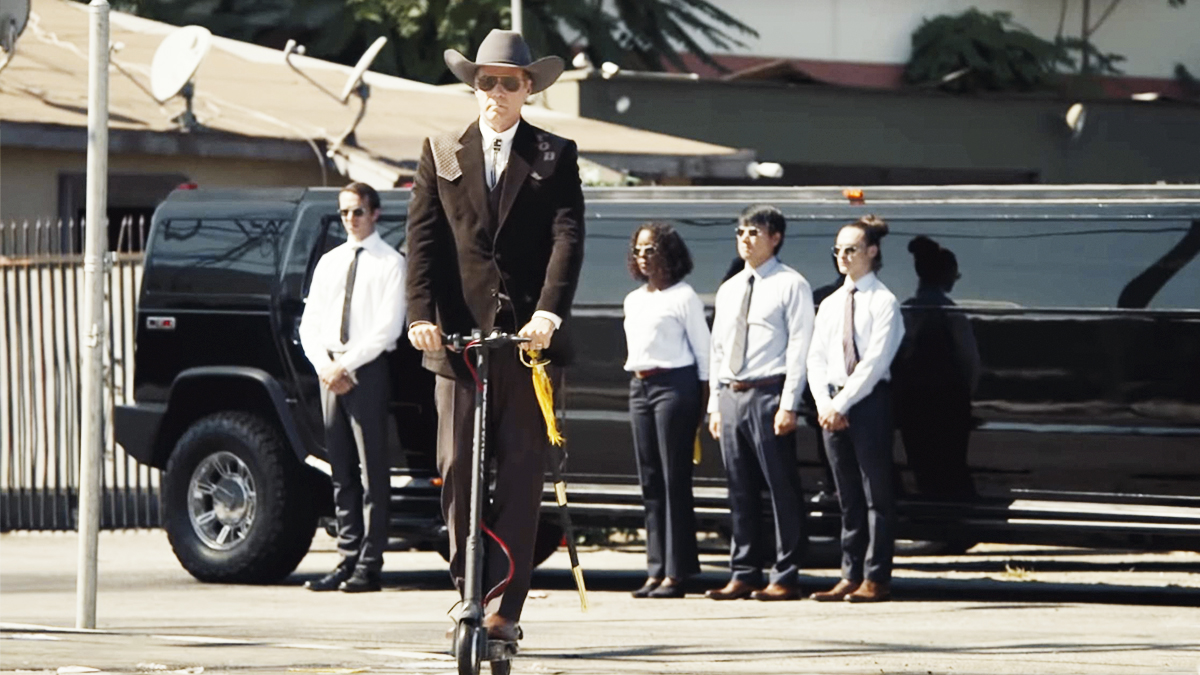 About the Swagger 5 Elite

We’re getting smarter about how we get around. Whether it’s meeting friends for coffee, cruising by the beach or the last mile from the train to the office. Introducing the evolution of the electric smart-scooter. The Swagger 5 Elite features a powerful motor, app integration and lightweight folding design, making it an elegant solution for personal transportation.

Reach top speeds of around 18 mph for up to 12 miles on a single charge, thanks to a 250-watt motor and highly efficient Li-ion battery. Running out of juice? The electric scooter fully charges in less than four hours.

When the adventure ends, the Swagger 5 Elite folds down in three quick and easy steps. It’s lightweight enough carry without much effort and compact enough to easily stow away in a trunk or any closet space at home or office. And with an intuitive iOS/Android app, you can monitor your adventure, select speed mode, activate cruise control and much more.

Cruise the last mile in style. With the Swagger 5 Elite, getting around just got easier — and a lot more fun. 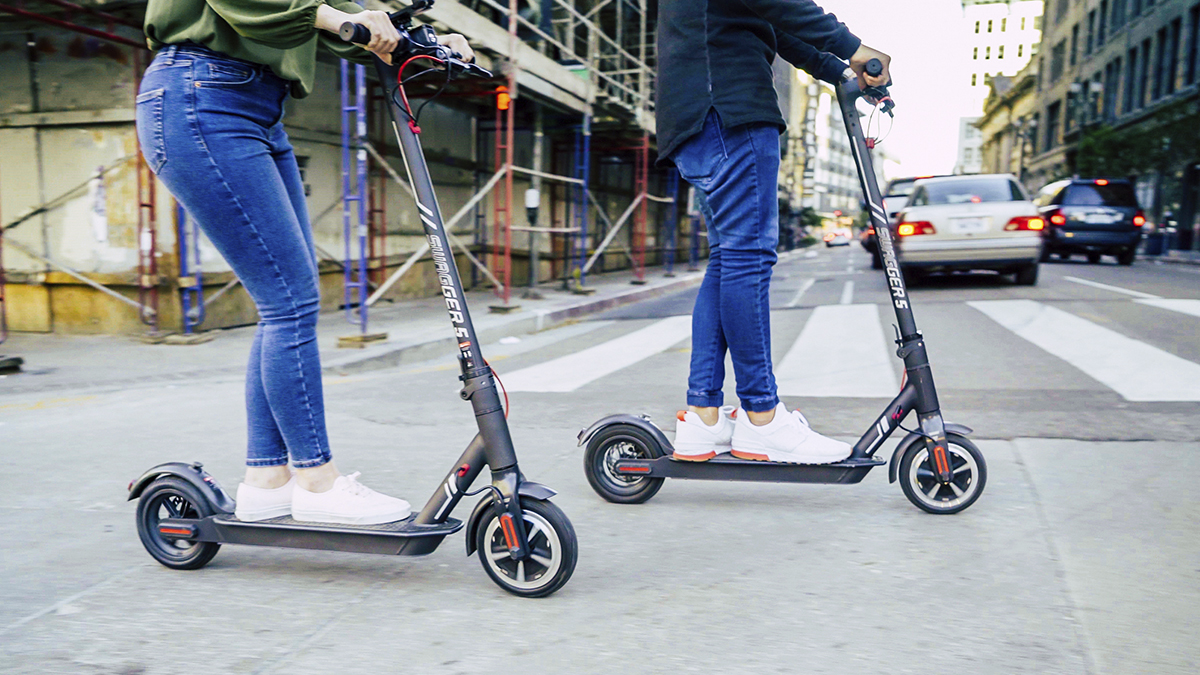