CES 2017 saw something interesting happening in the Swagtron booth. It was like any other booth in the show, but then there was a slight increase of footfalls in the Swagtron booth. Then, more and more people started to come to the Swagtron area, and soon it was one of the most popular spots there. The reason – the sheer range and innovativeness of Swagtron. They have recently come out with an electric surfboard called SwagSurf.

That the people at Swagtron are constantly thinking ahead is very apparent from their constant endeavors to lead the way forward for the entire hoverboard and e-rideables industry.

If you think about the beginning of the hoverboard phenomenon, it was around 2015 that hoverboards really started to become popular. At that time there were several brands of hoverboards, and they were all trying to make the most of the rapidly rising popularity of the brand new hoverboard phenomenon. Phunkee Duck used celebrities to endorse their brand and became a leader. IO Hawk also got its share of customers in the same way.

Working quietly and efficiently along with these brands was a robust and hard-working brand, Swagway, which soon became Swagtron. When the hoverboard buying frenzy was at its peak, Swagtron was one of the most sought after and purchased hoverboards in the United States.

Then the fires and explosions started, and soon the entire industry was in turmoil, with hoverboards getting banned everywhere. And that was when Swagtron came out with the world’s first UL 2272 certified hoverboard, the Swagtron T1, and this was quickly followed up with the Swagtron T3, a more enhanced hoverboard with Bluetooth speakers and more.

Swagtron was the first hoverboard brand in the world with UL 2272 certification to retail in the US, and by that time it had become clear that they were the market leaders in every sense of the word. The CPSC, the Consumer Product Safety Commission, announced that only UL 2272 certified hoverboards could be legally retailed in the United States. Swagtron was right in front and in fact partnered with UL, Underwriters’ Laboratories, the 123 year old organization (founded in 1894) that sets safety standards in the United States, to determine the UL standards for the electrical systems of self-balancing hoverboards.

That meant that Swagtron was actually helping shape how the entire hoverboard industry was going to deal with hoverboard quality issues in the United States. The UL 2272 standards were fool proof and Swagtron in its forward looking approach had gone even further. They created the patented Sentry Shield battery system that housed the battery in a special aluminum casing that was so strong that it became the world’s first self-balancing electric board to pass the original UL 10-ton battery crush test. The range of tests that it passed was huge, and included dropping it from a height of several feet, heating it, putting it through tortuous situations and more. There were many other enhancements that made it stand out as the best hoverboard at the best price, in the world. From a fire retardant polycarbonate body to silicone encased electrical systems to much more, the Swagtron was the new standard of hoverboards in the world.

Another key part of the Swagtron brand philosophy was their consistent commitment to give the customers a great product at a reasonable price. While the Phunkee Ducks of the world were selling at highly inflated prices, Swagtron was maintaining a very balanced and real price on its hoverboards. Even today, Swagtron’s electrical hoverboards, scooters, skateboards and other products are carefully priced in the optimal range. This desire to deliver the best value at the best price to all customers is at the heart of the Swagtron brand vision.

Swagtron was ahead then and is ahead today. With innovation and quality as the guiding standards of the brand, Swagtron went on to make several more of the best electric rideables in the world. It came up with the Swagtron T6, their off-road heavy duty hoverboard that can tackle uneven surfaces, like grassy fields, gravel, and broken paths. They also came up with the beginner hoverboard, the Swagtron T5. And as a special edition and making it the very first in the world, Swagtron created miniature hoverboards for finger riding, which had the exact same electric motors, lights, speakers, and all of the features of the actual full sized models. 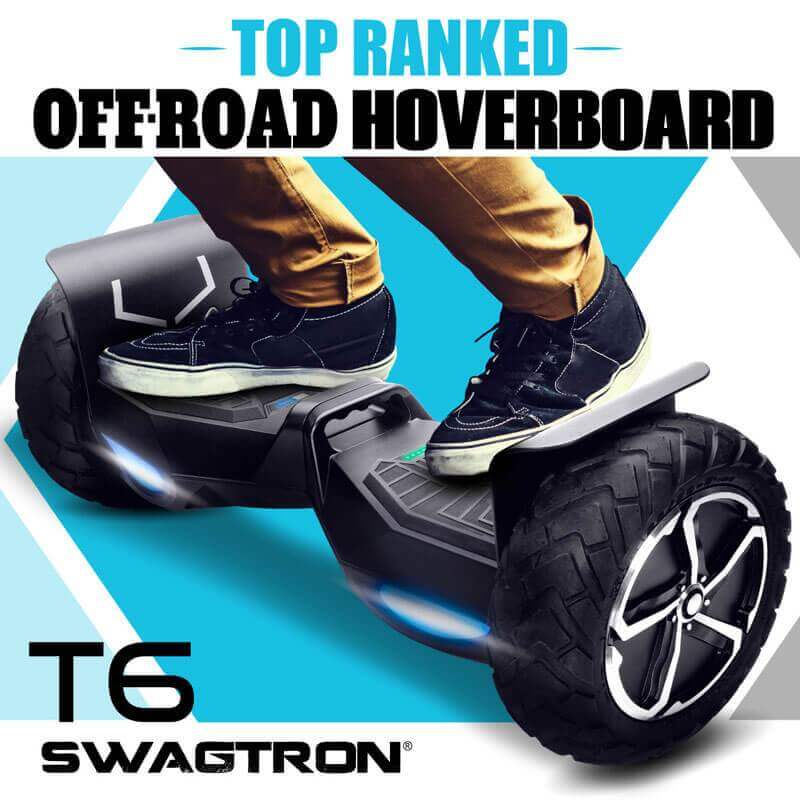 The innovation at Swagtron just kept soaring, and the array of products they have come up with and are already retailing is quite long now. It includes the Swagger e-scooter that is also the world’s lightest as it has been made with carbon fiber. They have also launched the more advanced Swagger Pro that has an extended range of up to 18 miles and a higher speed of 16 miles per hour. The Swagtron T6 that we mentioned before is also the only hoverboard in the world that can support up to 400lbs, and can travel through mud, grass, rain and gravel.

The Swagboard electric skateboard is fitted with the UL 2272 certified Sentry Shield battery system and is the next gen skateboard to go for. The Voyager Longboard is 42 inches long and also has a remote control. SwagCycle their eCycle has a unique foldable design that allows you to easily store it into a car or a small space, by folding the handle. They recently launched the SwagRoller electric unicycle that is very portable and has Bluetooth speakers too. Of course the latest in this series is the SwagSurf, a electric powered surfboard that will be retailing in some time, as they are still testing the prototypes. 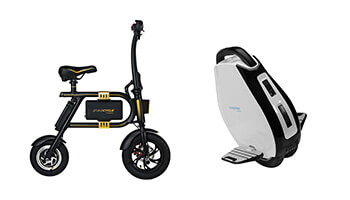 With such powerful products and strong brand equity, it was only natural that it would become the top choice of experts and buyers everywhere. Swagtron has featured consistently in the Ellen DeGeneres show and has been a favorite in every edition of CES since it started to participate. Just a few days back on the 47th Earth Day, Swagtron went to the Ellen Show and gifted a small army of e-rideables like Swagger Scooters, SwagCycles, SwagBoards and more to the live audience in the show’s studio. Swagtron wanted to spread the message of emission free transport through its electric scooters, electric cycles and electric skateboards. In fact it is probably the most written about hoverboard brand in the world, with entire independent websites dedicated to the brand. One such website, www.besthoverboardbrands.org says that ‘this hoverboard is everyone’s dream come true’.

Of course it goes without saying that all leading technology websites feature Swagtron on a regular basis. Swagtron is always appearing on Mashable.com where their Editor-At-Large Lance Ulanoff is regularly reviewing and writing about Swagtron e-rideables and e-surfabales. Swagtron is also regularly featured in top blogs like Gizmodo.com and The Verge.

If you are thinking about picking up a hoverboard or an e-rideable, it is worth checking out Swagtron, and comparing it with the other brands in the industry. The future is wide open for the now maturing e-rideables and hoverboard industry, and Swagtron is most definitely poised to lead it from the front.

The author, Roger Waldens, resident writer at besthoverboardbrands.org, has been writing on the Swagtron brand for several years now.