It’s called the “season of giving” for a reason. And it seems like, the older we get, the more joy we have in giving gifts than receiving them. The thrill of seeing someone open that one perfect gift that you thought long and hard about. Seeing their reaction — it might be a “whoop!” or an exclamation of pure, unbridled joy. Or maybe even tears.

But not everyone is fortunate enough to have such blessings during the holidays. That’s why we wanted to work with Toys For Tots — as well as musicians and athletes — during our inaugural Giving is Swag campaign.

And we’re happy to have been able to give Santa a helping hand!

Throughout the holiday buying season, we ran a “Give 5, Get 5” donation and discount program. You simply needed to make a purchase on swagtron.com, use the code GIVING-IS-SWAG at checkout, and you’d enjoy a 5% discount on top of whatever other offers were available. We, in turn, would donate 5% in-kid to Toys for Tots.

In other words: you receive, we give.

Thanks to your generosity, over eight pallets of SWAGTRON K1 Kids Scooters were loaded onto a truck bound for the Marine Toys For Tots where the items will be processed and distributed to children in need. 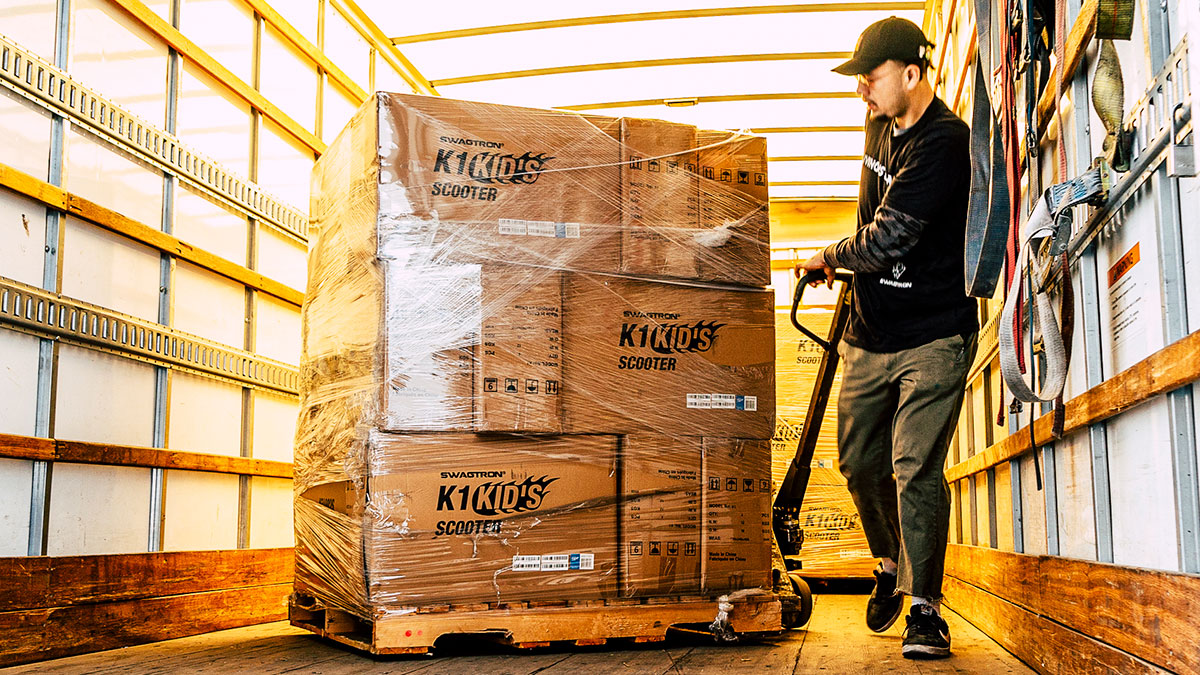 Visitors could also make a direct donation without purchase at SWAGTRON.com/giving. We matched those donations 100%.

“We’re proud to be able to give Santa a helping hand,” says Jason Wakefield, SWAGTRON CMO. “It’s truly been an honor to be able to give back as a brand, and based on this year’s success, we look forward to making Giving Is Swag an annual tradition.”

THE GIVING IS SWAG GIVEAWAY!

To help boost awareness for the charity drive, we also gave fans the chance to enter to win a Swagcycle Pro electric scooter bike, autographed by some of the biggest names in music. These artists included Sid Wilson of Slipknot, Pop Evil, Bryce Vine, Donnie Wahlberg and Jordan & Jonathan Knight of New Kids On The Block, Illenium, Sevendust, Memphis May Fire, Papa Roach, Skillet and Scott Stapp of Creed and more.

(Winners will be announced throughout the month of January.) 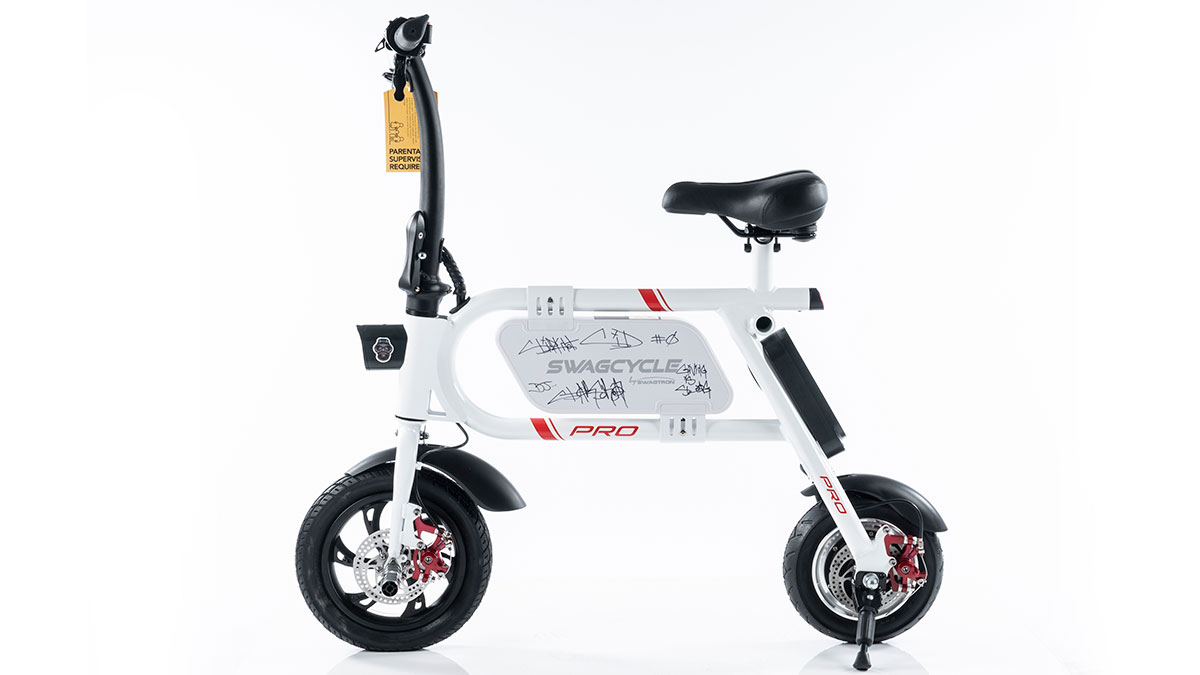 HAVING FUN WHILE MAKING A DIFFERENCE

As you can expect, running any kind of charitable campaign is hard work. And it was well worth it. “Once word started spreading in the music community,” says Wakefiled, “[the campaign] really took on a life of its own. It’s been an incredibly humbling experience.”

But it wasn’t all work and no play. We took advantage of live video opportunities on social media and Amazon to post live in-studio video feeds, hosted by our very own dynamic duo — and future A-list celebrities — David M. and Cyrus M.

The videos not only showcased new products and gave one-time promo codes (sometimes discounting an item by a whopping 99%) but also had guest stars, like the amazingly talented and acrobatic Cyber Yoga! Santa, himself, even showed up to oversee the loading of the truck.

In the new year, expect more live videos from us and even more Giving is Swag holidays campaigns. More prizes. More celebrities. More Giving. And a lot more Swag! 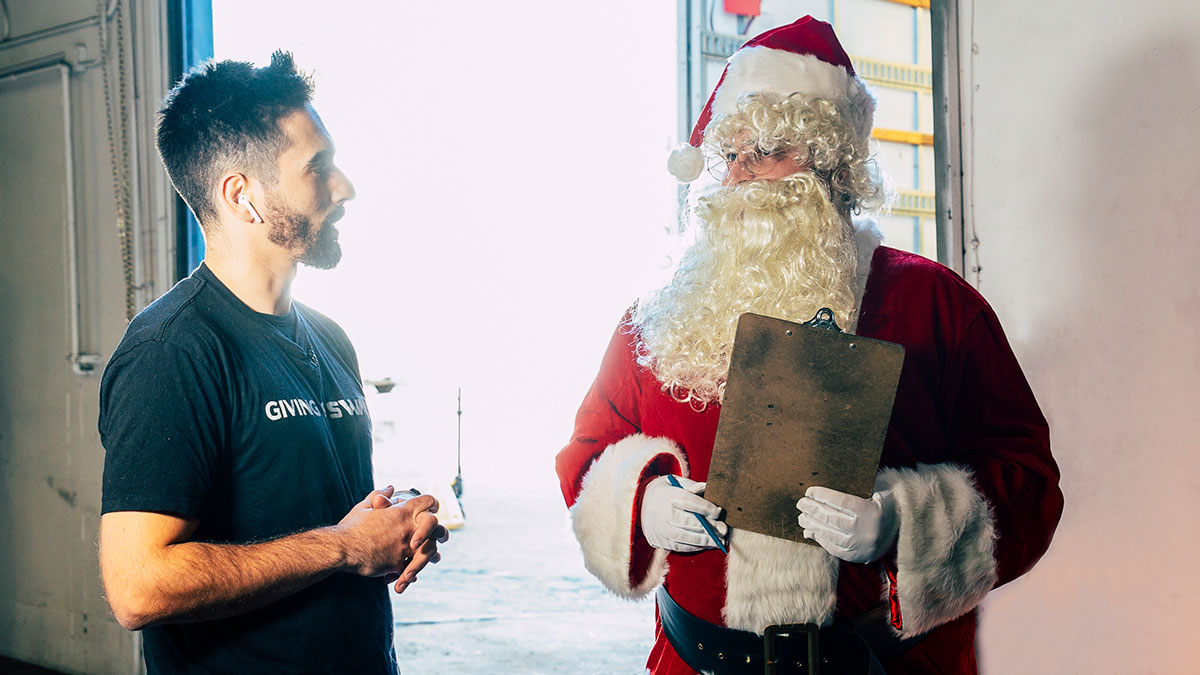 WORKING WITH SCOTT STAPP FROM CREED

To ensure transparency and authenticity, all direct financial donations were accepted and processed through the With Arms Wide Open Foundation, a 501c3 non-profit founded by Creed frontman Scott Stapp.

“I’ve been a big fan of SWAGTRON since I first threw a leg over a Swagcycle,” says Scott Stapp, lead singer of Creed. “And when I found out they were working to give back to kids, it was something close to my heart. I was happy to help.”

ABOUT TOYS FOR TOTS

Toys for Tots, a 72-year national charitable program run by the U.S. Marine Corps Reserve, provides happiness and hope to disadvantaged children during each Christmas holiday season. The toys, books and other gifts collected and distributed by the Marines offer these children recognition, confidence and a positive memory for a lifetime. It is such experiences that help children become responsible citizens and caring members of their community. Last year the Marine Toys for Tots Program fulfilled the holiday hopes and dreams of 7 million less fortunate children in 800 communities nationwide. For more information, visit https://www.toysfortots.org. 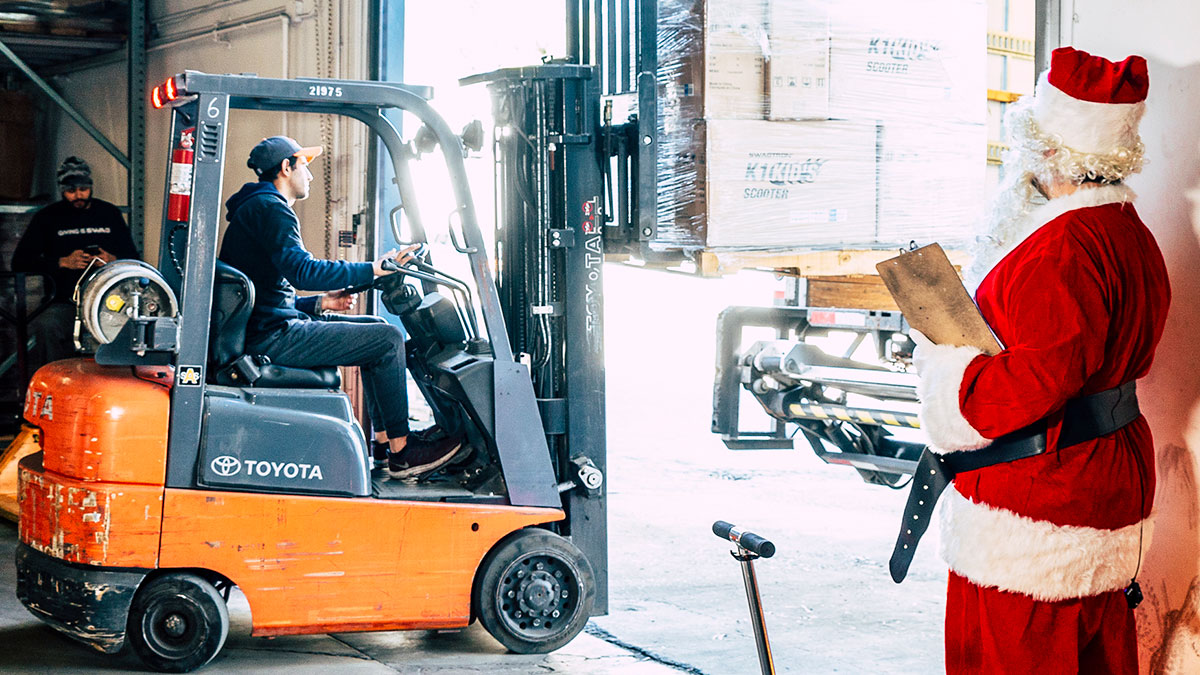 ABOUT WITH ARMS WIDE OPEN FOUNDATION