Tyrell Richard loves to run. And he had a great year in 2019 doing just that. He competed in the mixed 4 × 400 meters relay event at the 2019 World Athletics Championships, where he won the gold medal. Tyrell, a Georgetown, South Carolina native, also nabbed the gold medal at the NCAA Indoor Championship (NCAAIC) in 2019. The two wins helped secure his spot on the U.S. roster for world track and field championships for the 2020 Olympics (postponed to 2021).

At the NCAAIC, he clocked the fastest time in the nation for that season. And Tyrell should be used to smashing records—he comes from a family of record breakers. His brothers Donovan and Tevin both played football for South Carolina State, and both set records for number of tackles and block kicks (respectively) in a single season.

“I wanted to follow in their footsteps,” Tyrell admits. And—oh, boy!—did he ever do that! As a senior at South Carolina State, in 2019, Richard won the men’s 400-meter title at the 2019 NCAA Division I Indoor Track and Field Championships with a time of 44.82 seconds. This set a new school and MEAC record. But it also helped Tyrell rank in the top 5 fastest people in the world, and top 4 fastest in the NCAA.

Like his brothers, Tyrell started with football: “I thought for sure that football was my calling. When I got to college, I was on both the football and track team. After two years I realized football was not for me.” Dropping football, Tyrell was able to focus on his true love—track and field—and his track career started to thrive. This newfound focus helped usher in one of his most favorite moments in his career so far: becoming the national champion in the indoor 400m dash!

On His Swagger 7T Electric Scooter

While not as fast as Tyrell, the Swagger 7T Transport Electric Scooter immediately caught his attention when we first announced it. Featuring a powerful 350-watt motor, the Swagger 7T Commuter eScooter can clock in speeds up to 18mph. But it’s wasn’t the speed the Tyrell was attracted to. “It’s the mile-to-battery life ratio,” he says. The high-capacity battery can ride for up to 18.9 miles on a single charge. For Tyrell, it’s all about being a last-mile solution. “I stay just a few miles from where I train. So for me, the Swagger 7T is a terrific way of commuting with instead of driving and burning gas.”

There was another reason why Tyrell was drawn to the Swagger 7T Transport. Or maybe, to paraphrase a famous story about a young wizard: “The scooter chooses the rider!” (It’s designed to make riding easier and more comfortable, especially for riders as tall as 6’6”. All the other features—cruise control, kick-start motor, iOS/Android-compatible app—is just icing on an already delicious cake. 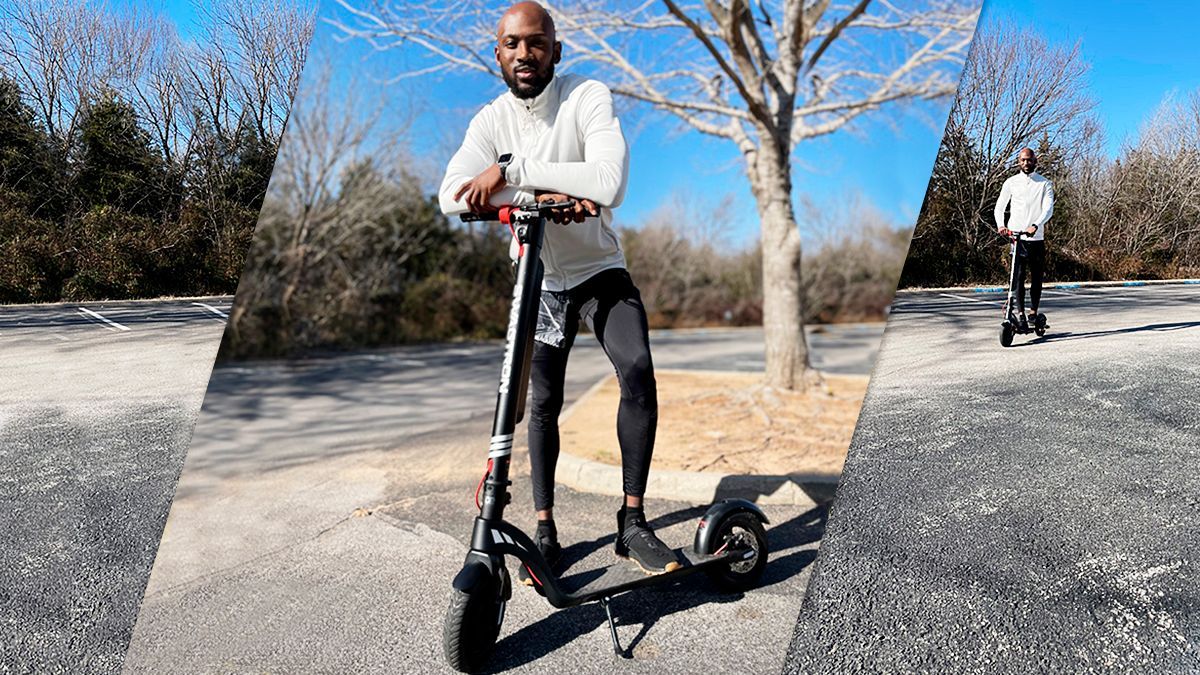 Maybe the scooter chooses the rider? If so, this one chose well when it chose Tyrell!

In just a short time, Tyrell has made the eScooter a part of his daily routine. “Trips to Walmart. Going to track practice. Or just going on joy rides when it feels nice outside. I live pretty close to a park,” Tyrell says. “So the Swagger 7T is perfect for when I need some time to myself and find myself going to a park to just sit and enjoy nature with a bag of candy.” 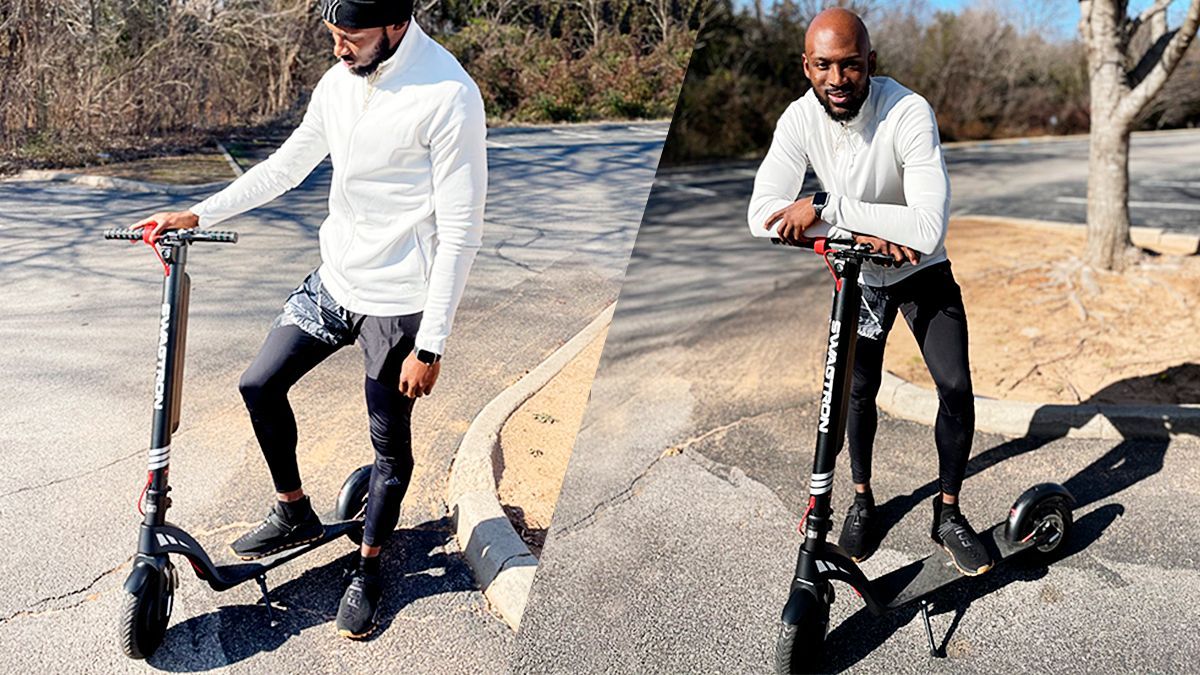 Fast, responsive, powerful — Oh, so is the Swagger 7T Transport!

But he knows that the eScooter can also be about fun.

“I bet playing polo with electric scooters—or even eBikes!—would be interesting.”

We bet it would!

(Polo on eScooters have come up multiple times. Maybe we should do something about that!) 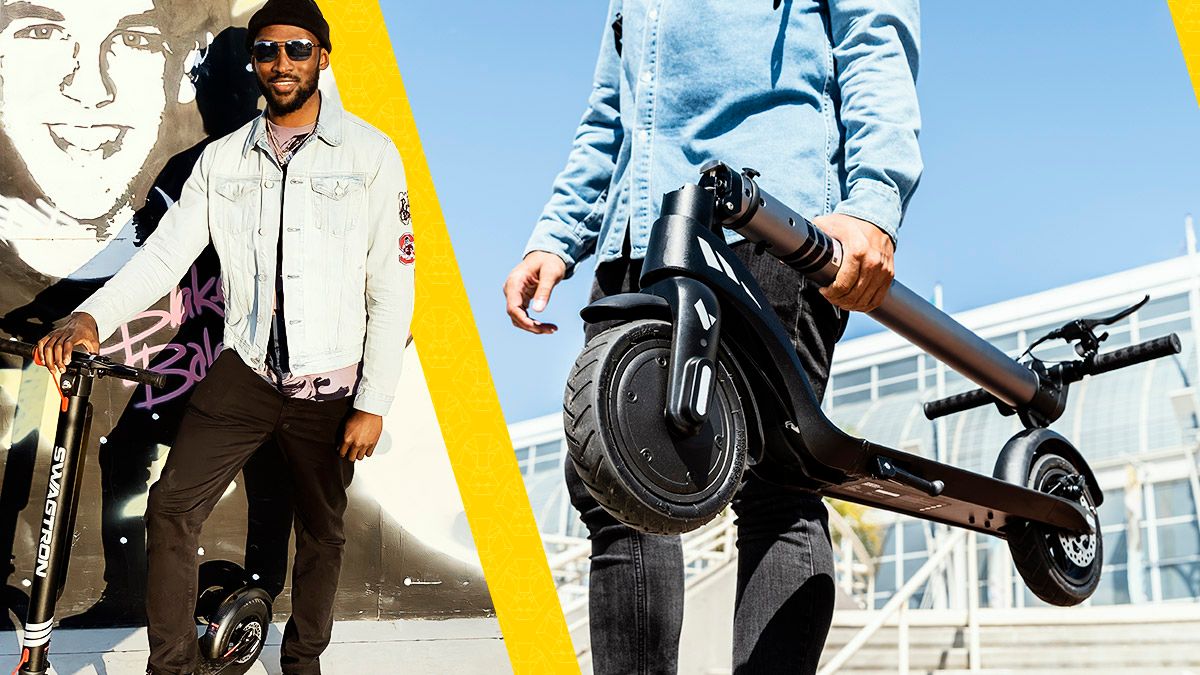 Foldable for extra portability when you’re on the go. (The eScooter, not Tyrell—please don’t fold him!)

On His Future and the 2021 Olympics

Like most Olympic hopefuls, the postponement of the 2020 Olympics was a bit of a downer. But Tyrell took it in stride. “What helped me stay positive was hearing friends and families say, ‘We’re proud of you.’ Especially my brothers. My brothers are my heroes,” he says. “I watched them grow to be successful men. So I’ve always looked up to them.”

It’s all likely that his brothers—and his entire family—is looking up to him, just as much. After all, Tyrell is a favorite going in to the 2021 Olympics in Tokyo. “My goal,” he says, “is to not only make the team and be a part of the 4x400m relay, but also break the world record.”

And we have no doubt that’ll he’ll do all three—and then some! 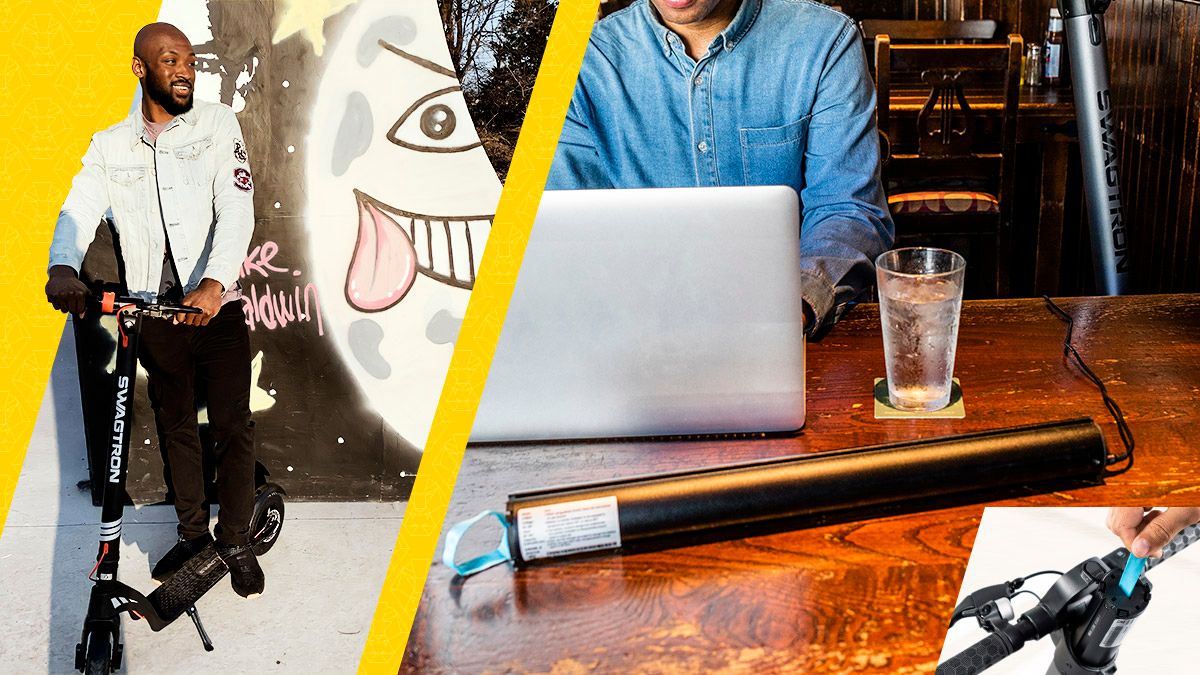 Any tips on staying on-track and focused on achieving goals: “Learn to love what you do. Once you enjoy it, you do not mind going through the hassle.”