Nicolette, also known as Miss Neeks, is a rising star in the hip hop scene. A protege of the legendary Damon Dash, co-founder of Roc-A-Fella Records with Jay-Z, she’s in good hands. Hear her new single and check out her stories, including one about another legend whose name rhymes with Kanye West.

But before we do that, let’s win some swag!

You know we love our contests. We know you do too. And we love you all, so it works out. 🙂

You know you got swag when your first album is being primed and released by hip-hop mogul Damon Dash. After all, Dash started Roc-A-Fella Records with Jay-Z and had been responsible for some of the biggest jams in the 90s and early 00s. But when you hear Nicolette on her 2020 debut album “Playtoy,”you understand that quite honestly, she’s got fire of her own. Even when she features on someone else’s track—like Chuck Cash’s Crushin’—her presence threatens to eclipse everything on the song.

You already come with expectations for Nicolette’s music because of the Dash connection. You expect the production to be clean, tight and professional. The beats will be seasoned and massive. The samples, unique. Playtoy delivers on all that. And most of the weight is carried by Nicolette and her flow. She’s not over-relying on the shoulders of the legends around her.

“I’M A’KEEP IT REAL THIS TIME”

Nicolette’s journey to her musical career started when she was just 12 years old. “I was writing poetry, songs and stories,” Nicolette tells me. And she was good at it. So she convinced her mom that she needed equipment to level up her creative journey. “Basically, a mic and software to record myself.”

Armed with instrumentals to songs she liked, young Nicolette spent all her free time writing, rapping, recording. In her words: “I was basically recording my voice as I was finding my voice.”

Even then, Nicolette felt like she was on the right track. She had found her calling–and she was really good at it. “I never doubted myself, so I never stopped.”

(Take note, folks: that swag confidence is how you get to release a well-rounded album of music with a legendary hip hop mogul. Well . . . that and you should probably also be hella talented with the skills to back it up.)

Her career’s just starting. But she already has a growing list of swag accomplishments. Getting her debut album released before her 2020 birthday was one of her main goals from last year. ✓ Check! And that was a very important accomplishment, especially considering the impact COVID-19 and the national lockdown had on the music industry.

Writing, recording, releasing an entire album—that would be swag enough for any artist. But last year also provided a ton of memorable moments. “One time, we went to Kanye’s ranch for an after-hours.”

Yes, that Kanye—as in West. 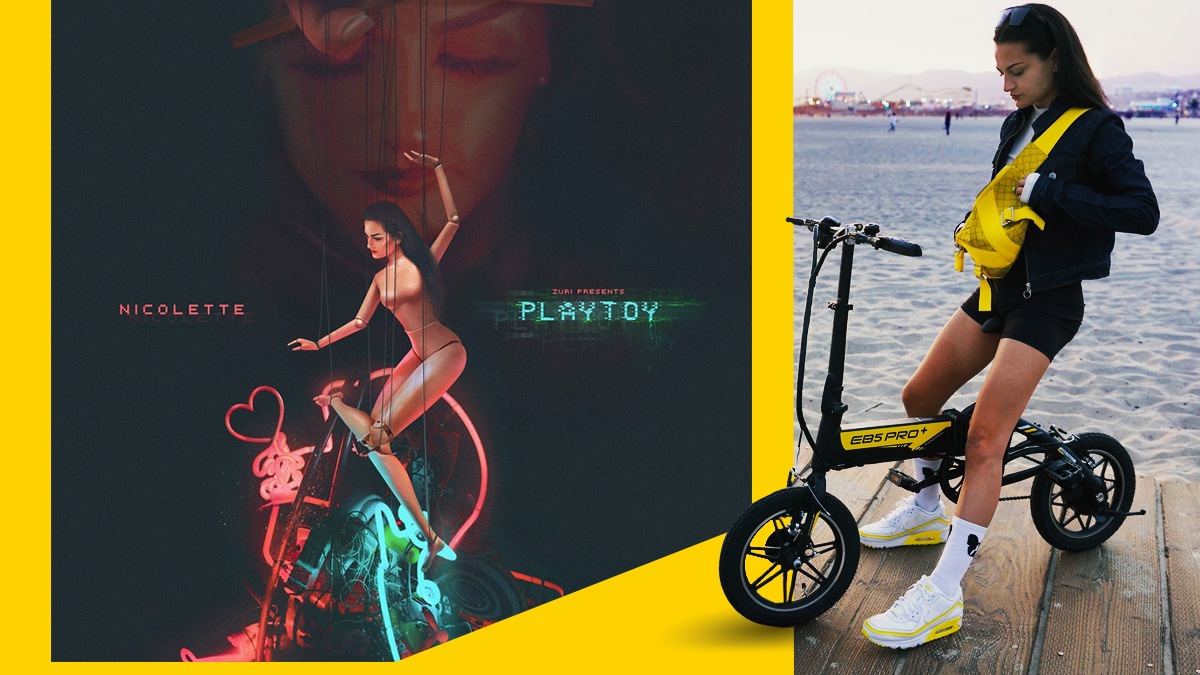 Damon Dash. Kanye West. Together again. Freestyling. And Nicolette, right in the thick of it! We understand how that could be memorable for a budding superstar. Maybe one day we’ll get to see a video of the experience? Or a mixtape-style release? We can hope. But until then, at least Nicolette has her memories.

“Oh, we have more than that,” Nicolette says. “We have footage of the whole night!”

“BODY ON THE CANVAS, BREAKING OUT THE CAMERAS”

It’s important for Nicolette to remember where she came from and how far she’s come. This is how she stays balanced. “My life can be hectic,” she admits. “Recording, performing, creating. You have to make the time for yourself and not get so caught up in one thing.”

Put on some music. Hop in the bath. Reconnect with nature. These are all tools Nicolette uses to stay on track. Even the creative process itself can help her re-balance. “I might start writing down my flow of thoughts to get my mind off what’s going on around me. It also helps me get a better understanding of myself.” And that in turn helps her become a better artist. 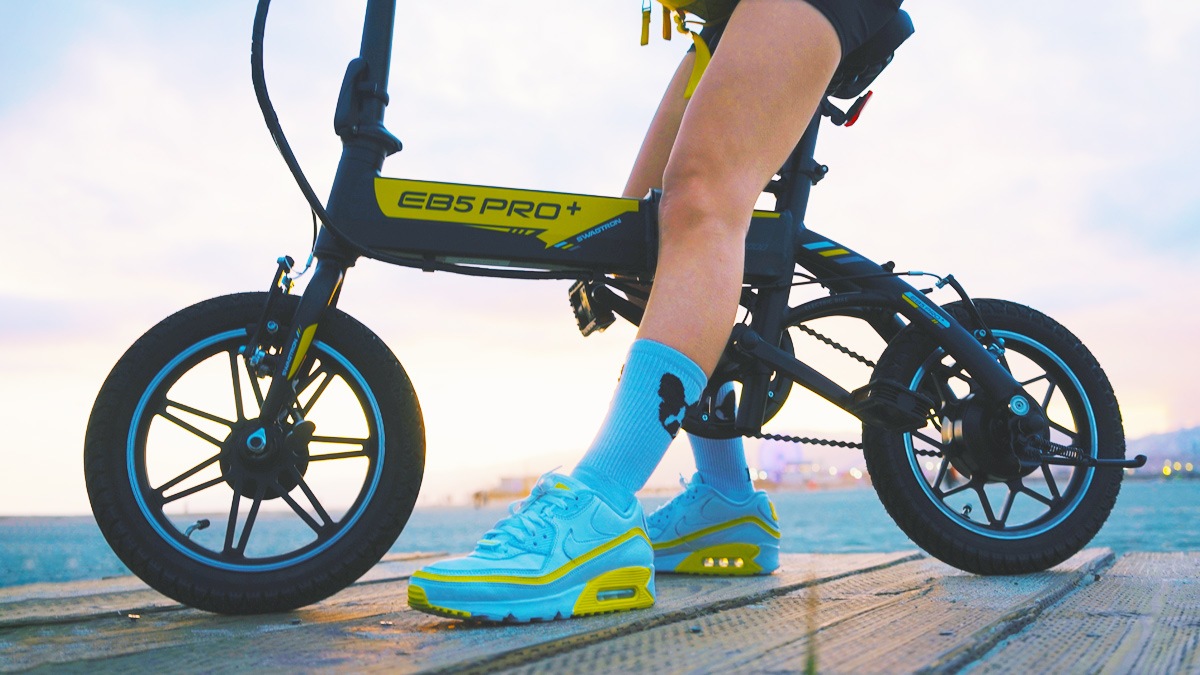 Staying connected to the communities around her is also important. She does this by getting involved with some of the foundations and charities Damon Dash put together. Take for example The Commission and Project: Everybody Eats. They use donations from Beyond Meat to feed communities during Thanksgiving. It’s worked with over 90 school principals in the U.S., like Dennis McKesey, and the OSG (Off School Grounds) coalition of school leaders, to give away Beyond Meat to kids and families in their schools. The project even got support from U.S. Congressman Carson, U.S. Senator Eddie Melton, Bishop Pernell and a bunch of other artists.

According to Nicolette, Project: Everybody Eats fills another important role, one that focuses on sustainability and education. “The project helps introduce communities to meat alternatives.” With the planet’s continued population growth, finding alternative sources of protein is important for the future of our planet. This ability to think outside of oneself is just one thing that makes Nicolette a truly gifted artist that’s sure to have a long, swag-heavy career in the biz.

“THEY COMIN’ BACK FOR ANOTHER ROUND”

Nicolette isn’t resting, either. She’s continuing to grow, never letting anything hold her back—even the massive, 2020 countrywide lockdown. COVID-19 gave Nicolette opportunity to push her music further. “I started playing guitar when I was 14 or so,” she says. “After about 2 years, I stopped and never picked it up again until last year.”

Was it like riding a bike? “Yeah, I pretty much remembered most of what I learned.” And now, she’s reinterpreting her songs—old and new—with the guitar, finding new flavors with her music, and playing live with a band. And she has plenty of incentive to keep practicing and develop her sound. Being with BluRoc Records, she’s surrounded by talented friends and labelmates.

“I’M ONE OF A KIND—YOU SHOULD SLIDE WITH ME”

The future holds a lot of promise for Nicolette. With more music and a bit of acting with Damon Dash Studios on the horizon, we can expect plenty more swag coming our way.

LISTEN TO PLAYTOY ON SPOTIFY