But first, win some swag?! We tend to agree: winning is swag!

You got the name. You have the branding. You create the beats. You book the show. You play your music. You move the crowd. This is why being a DJ is swag. You control the mood of the audience, the vibe of the party. Texas DJ/producer Liquid Candi knows this—because he lives this.

LISTEN TO THE INTERVIEW

Liquid Candi (born Elliott Richards) is a firm believer in connections, exploration and growth. It’s a belief that helped him bring his brand vision to life, score a promo photoshoot with a photographer that was way outside his budget, and meet tons of other talented creatives that sparked his own creativity. This reinforced one irrefutable fact for Elliott: “All you have to do is get out there and you’ll become magnetically attracted to the people you’re supposed to.”

And being steeped in Austin’s rich musical environment certainly helped. “There’s so many people doing music here.” He wouldn’t have met friend and homie Jason Miamii if it weren’t for Austin being the music-rich city that it is. 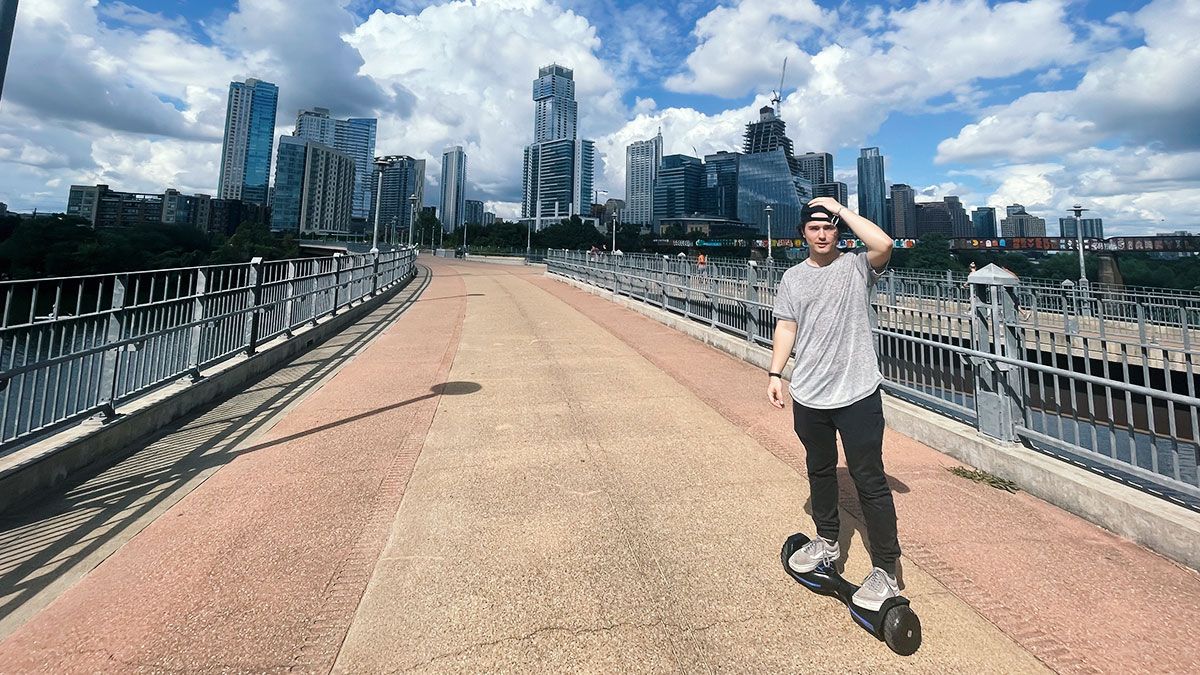 And through that connection, Elliott met us here at SWAGTRON®, with our own connection to the city. Chatting with Elliott quickly turned into delicious namechecks of awesome sauces and Austin eateries: Austin’s Pizza, County Line, Texas Honey Ham, Rudy’s Country Store & Bar-B-Q.

(Rudy’s recently opened a Denver location. And that tickles another deep SWAGTRON connection. Man, it’s like this swagTEAM was meant to be!)

Elliott’s willingness to explore new techniques, staying open to new ways to do things, has beefed up the budding DJ star’s rising swag cache. He learns, he grows, he perfects—and he takes that knowledge, applying them to older material to keep it fresh, new and exciting. In other words, swag. 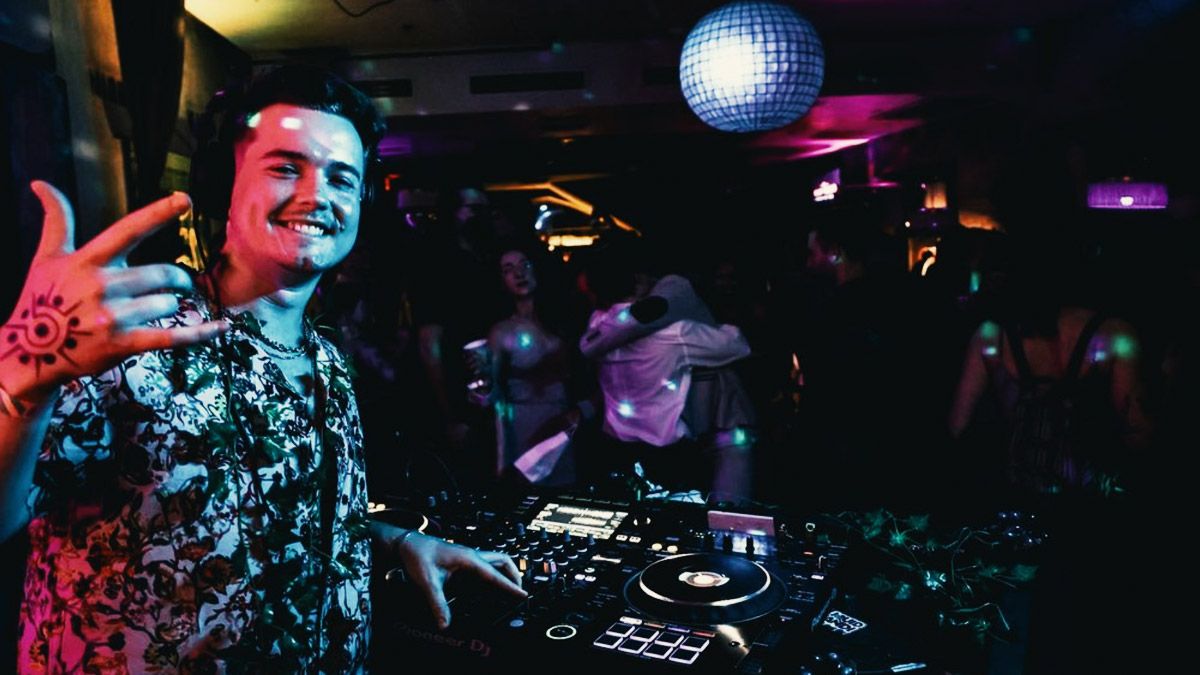 We know the stereotype of the diva-DJ—completely full of themselves, drunk on their own self-created hype. Elliott is refreshingly the opposite. He knows his limitations, even as he works to smash them.

“I wish I did choir [in high school] though—that would have been helpful.”
“I can’t sing for sh–.”
“I can’t play the piano.”

But these can’ts aren’t roadblocks. Instead, they’re building blocks, steppingstones to learning something new. “When I was making Island, I knew I wanted it to have a Rasta influence.” So he studied Rasta-blues chords and chord progressions, using any source he could find, from friends to books—even YouTube.

BEHIND THE SWAG: THE STORY OF ISLAND

“Take me to your Island . . .” Chilled, Caribbean swag vibes is what’s-what with this track. Elliott tells us the origin in this smooth track—from class project to record release. Hard to believe this one started out as a class project. But with Liquid Candi, anything’s possible and nothing’s off the tables.

Even though Elliott holds a degree in Audio Engineering and Sound Recording, music theory was something he had to teach himself. “I took a music class in the [private] school I attended. But it was more like music memory. We’d listen to classical music—think Mozart, Bach—and had to memorize the title, date and composer.”

It wasn’t until he discovered the rap scene and the underground music community that Elliott started becoming affected by music in a way that guided him towards creation. 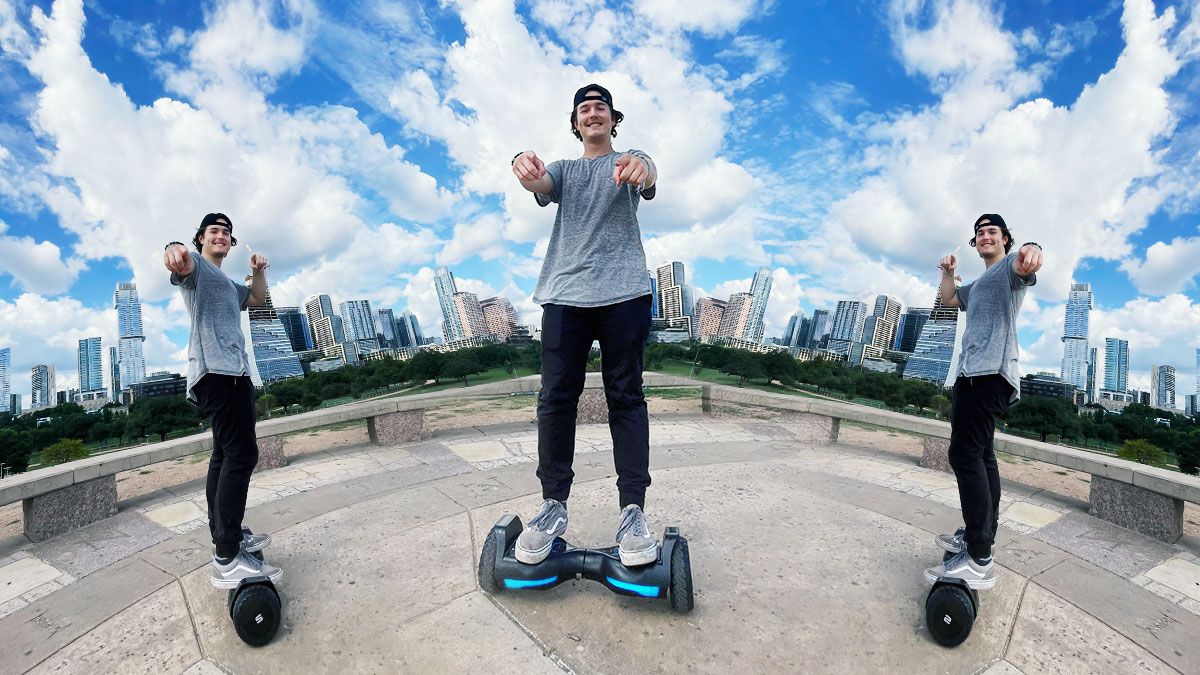 A DJ, his city and his swagBOARD T580 Warrior!

We’ve barely scratched the surface of what’s in store for Elliott and his Liquid Candi music brand.

Truly creative people are constantly flooded with ideas. And Elliott is no exception. From stage design for future Liquid Candi tours to creating his own candy product tie-in, there’s no shortage of ideas swimming around in his brain. After all, he worked hard on creating a swag brand message. Why not work it, right?

That hasn’t stopped Elliott from creating music. He’s working on tons of originals, including Get the F**k Out My House, coming soon. In fact, expect a new release every six weeks after Bring the Power. He’s also tentatively working on a concept compilation/remix EP—appropriately called Candi Land—featuring songs with candy motifs. Candy Shop by 50 Cent. Aaron Carter’s version of I Want Candy, Lil Wayne Lollipop. Things like that.” 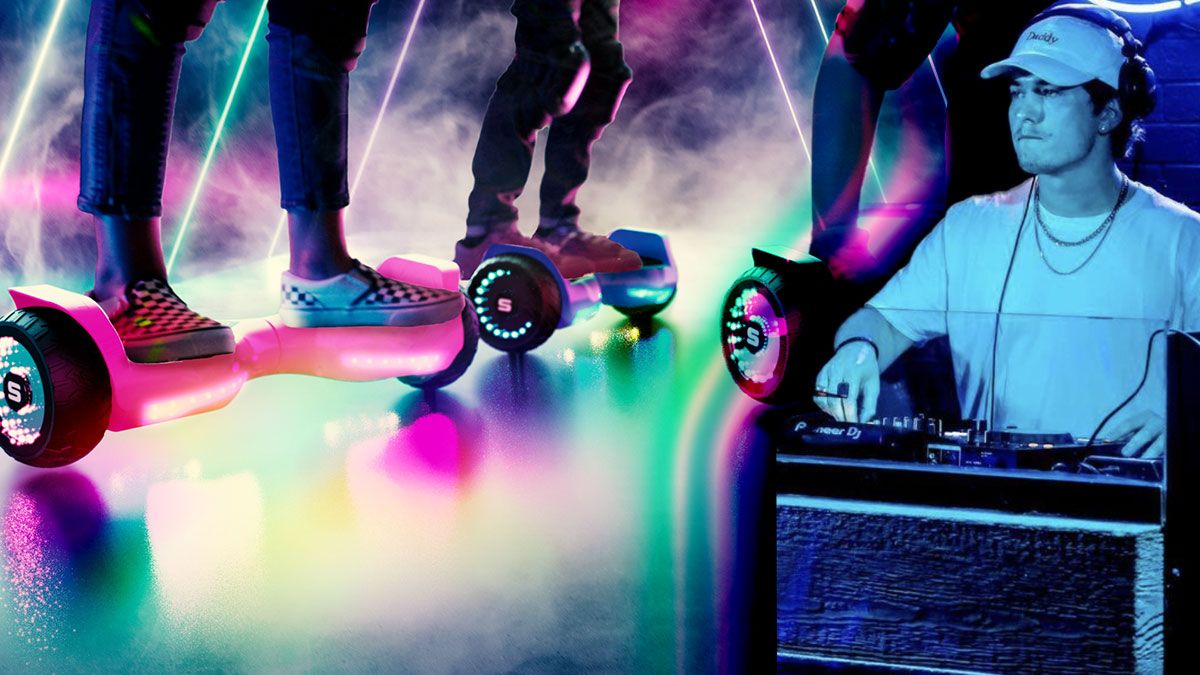 Rave on! with the swagBOARD T580 Warrior and Warrior XL hoverboards

With all the hoops he’ll need to jump through for sample clearance, he knows that’s something he’ll need to work on a bit later down the road. Again, swag self-awareness. But we know that project will be lit once it’s done.

And this is a doozie. Ranch or bleu cheese on wings?

“Ranch. Totally. And sriracha ranch above all—especially on fries. But it’s literally good on everything—pizza, wings, anything. The only thing bleu cheese is good for is cobb salad.”