There are few baseballers with more SWAG than Cole Gordon. From securing the pitching position with the NY Mets to getting married during a pandemic, he’s proven that talent and determination (and a bit of courage) can take you far in this world.

2020 was a time of uncertainly, especially for musicians and athletes. Concerts were postponed. Sports seasons were pushed out for months—if not canceled outright. And Cole was worried that the baseball season would get postponed so much, he might have to pitch on his wedding day. “My wife didn’t find that joke very funny,” Gordon says with a smile and his characteristically disarming laugh.

Don’t worry, they made it down the altar.

As it turned out, working on his wedding day wasn’t necessary—one of many silver linings from this past year. And now, the world is getting back to normal and sports are happening again. But Cole is excited about more than just his career:

“Being outside with friends has always been the best way for me to stay positive,” Cole tells me. “Nothing can replace sunshine and a breeze on your face to lift your spirits. Now that I can do that with a group of my closest friends fills my heart and lifts my spirits.” 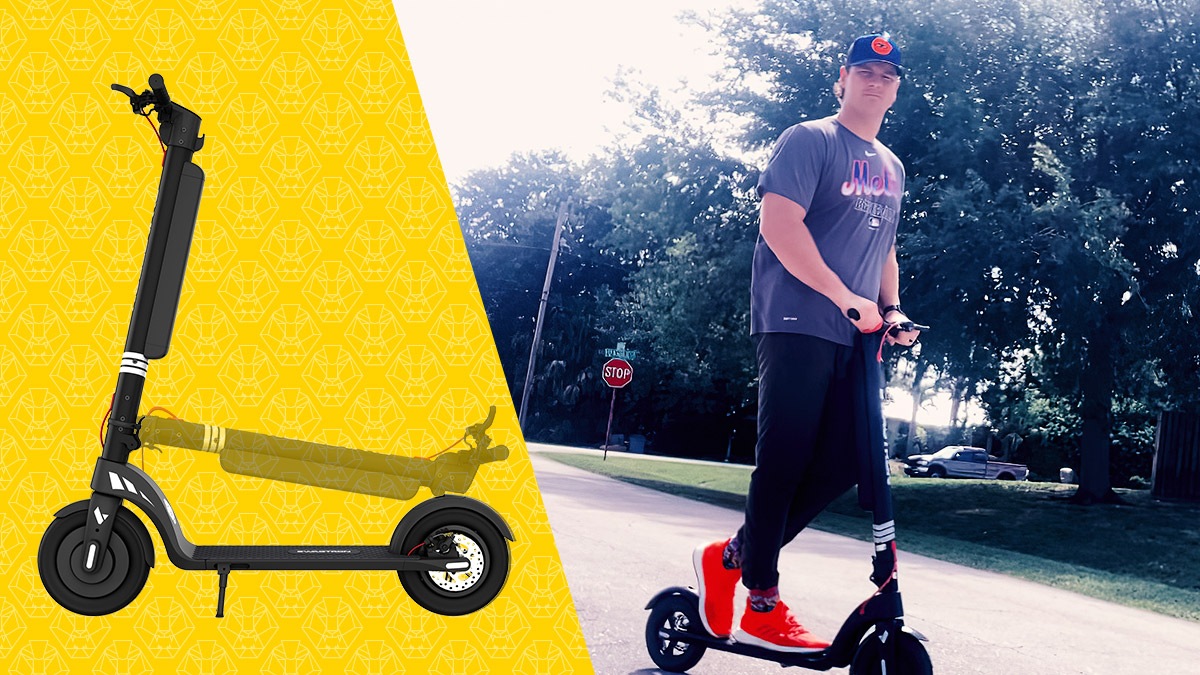 The Swagger 7T Transport: Foldable for All, comfortable for the Tall.

After graduating high school in 2015, Cole played baseball at Mississippi State University. That’s when his baseball skills went from good to SWAG. But his first sports-love actually wasn’t baseball. “My first love was basketball,” he admits. “I was never quite as good at basketball as I was with baseball, but I still love playing it.” When the MiLB canceled last season, Cole thought he’d be able to return to his OG sports-love for some extra exercise. But finding a basketball court that wasn’t locked down—and a teams’ worth of players willing to play during a pandemic—was next to impossible.

Cole has yet to meet a sport he didn’t like. “All sports have been my hobbies. Actually, I just like being outside in general. But my hobby now almost exclusively involves golfing.” It appears Cole Gordon is trying to transition that baseball swing into a solid golf slice!

Fortunately, he not only loves baseball, he’s darn SWAG at it! Cole took to pitching fairly quickly. And soon, he even began to excel at it. He worked on his arm until his fastball routinely clocked in the high-80s-to-low-90s—which is pretty freakin’ SWAG, if you ask us. That’s when the NY Mets snatched him up.

“I’ve never felt like playing baseball was a job. It’s always been a passion of mine and I love it. Being a professional baseball player is just icing on the cake.” He used to grow up playing baseball with his brothers in his front yard. Now he gets to do it professionally. That’s a SWAG life, for sure! 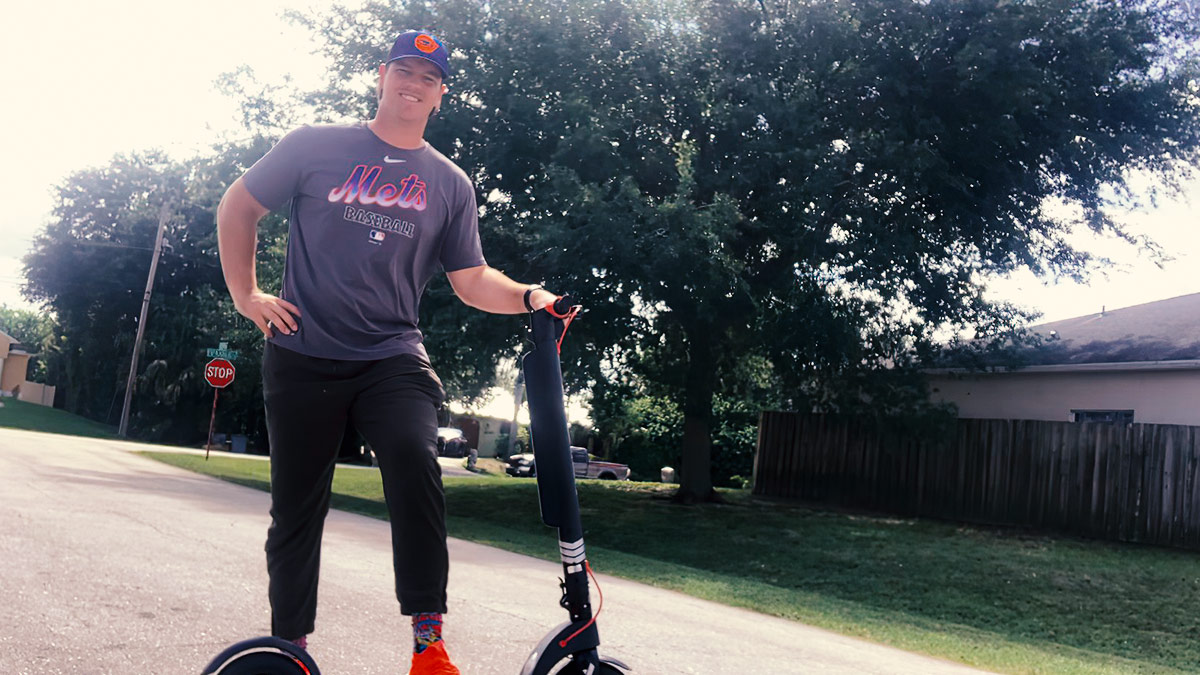 Cole showing off his Swagger!

ON THE FUTURE, GROWTH & SIMPLY BEING PRESENT

As far as the future, Cole has seen another silver lining that’s come from last season’s postponement—reflection, analysis and refocus. “When you’re competing day-in and day-out,” Cole says, “you can get hyper-focused on just getting those outs, not about fixing what you’re doing wrong. But now, we have a rare opportunity to reevaluate where we are, where we need to be. That way, when the games come back, we’re going to be the best on the field that we can be. So why not make the best of what we were handed?”

Now, Cole Gordon is simply going to enjoy where his feet are planted. “I’m just going to be where my feet are. Enjoy what I’m doing, enjoy marriage and enjoy having some fun in the process. No point in being anywhere else other than where I’m at right now. I’m forever grateful for it.”

What SWAG is Cole Riding? 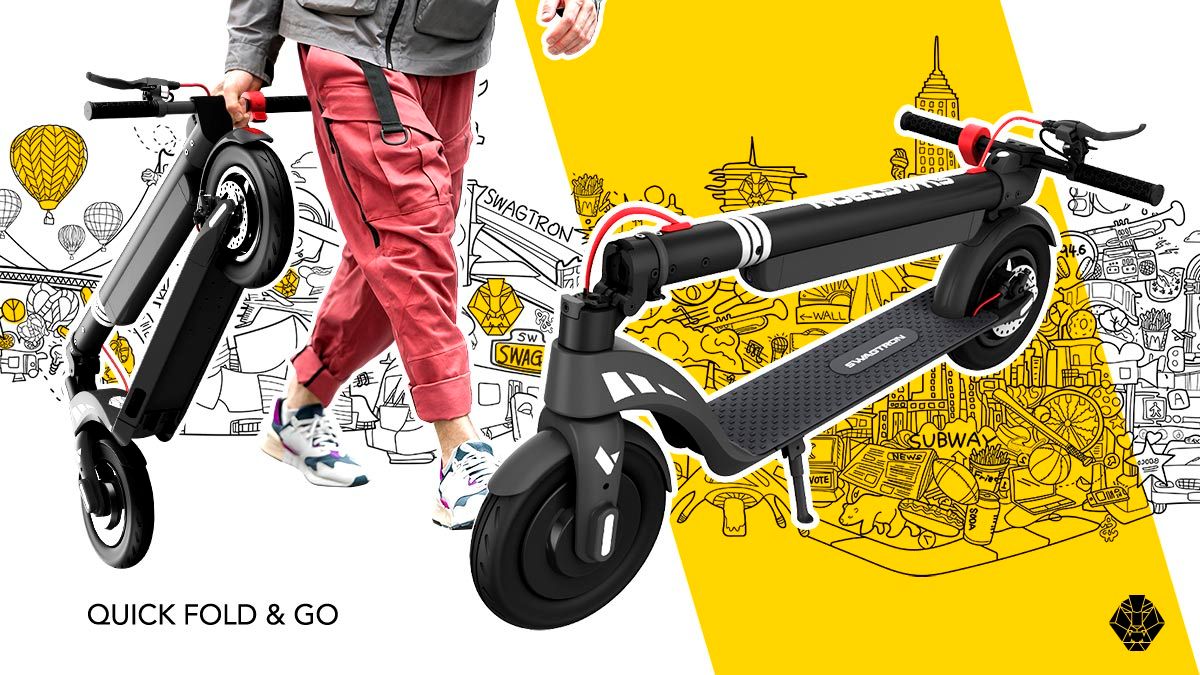 Cole sports the Swagger 7T Transport electric scooter. And while the Swagger 7T isn’t quite as fast as Cole’s pitches, it’s still plenty fast. More importantly, it’s designed to be comfortable for taller riders. After all, Cole is 6’5″. We talk briefly about Olympic hopeful Tyrell Richard, who is 6’7” and also rolls comfortably on his own Swagger 7T. After the mentioning the Olympics, Cole is struck by inspiration:

“I think it would be a really cool deal to have a SWAGTRON Olympics. I’m talking obstacle races with the bikes, relay races with the scooters—all of it. Or maybe even have a trip where you travel miles with a SWAG ‘Scooter Crew’ like you would with motorcycles!”

That would definitely be SWAG!