“I truly believe that the power of love can change the world.” Within seconds of meeting Dj Black Wolf Sound, it’s clear that he isn’t your ordinary DJ. He isn’t about the flash or the glitz. Instead, he focuses more on positivity and growth of spirit. This becomes a be-yourself, you-do-you vibe that can only be described as swag!

Black Wolf Sound, born John Hohnhorst, started his musical journey during a time many of us start exploring the world around us—college: “Around 2014, when I was a college student at the College of Idaho, I was living out another dream of playing college football.” His love of football kept him going throughout college. That is, until a series of injuries sidelined him. With college football ending, what was left for John to do?

Fortunately, the universe had plans for John.

ENTER: THE MUSIC & THE RAVE

September 2015, a friend* invited John to a rave. As John puts it, “I had no idea what type of magical night I was in for.” That night—that rave—at the Nampa Event Center in Idaho, would have a profound effect on John’s life and the birth of Black Wolf Sound. And although he had no idea what to do with himself, John did know one thing: he was ready for something new.

That rave featured legendary acts like Borgore and Zomboy—all swag DJs who have worked with SWAGTRON® on several projects, contests and charities. The music and vibe of the event captivated John from the start. But it was the people that truly captivated him. John says, “I remember having the thought ‘Now these are my people.’” That’s when John made the conscience decision to throw caution to the wind and focus on his new passion.

“From that night, I dove deep into mixing and producing.” 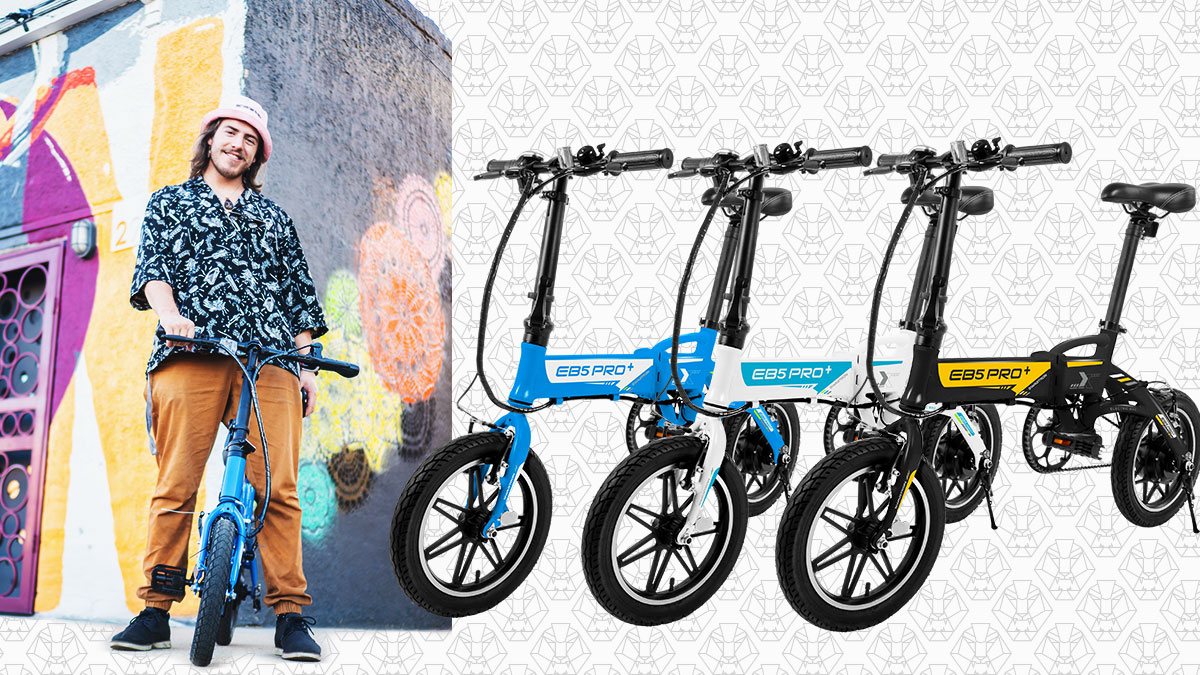 Black Wolf Sound and the EB5 Pro Plus.

And how does John feel about that first rave? “Beyond blessed for that night. It changed the path of my life forever.”

THE SOUND OF BLACK WOLF

And how SWAG is this? You’re in school, doing school things. Then suddenly you find a program that lets you make beats! That’s what happened to John, who was stoked that his computer had a built-in DAW (digital audio workstation) program called GarageBand. With it, he was able to learn how to record beats and layer elements of a song together to create music. After about nine months, though, he started to feel the limitations of the program. And with his college life coming to an end, the inevitable “what’s next?” question began to loom over him.

Fortunately, life—and friends—continued to direct John towards other paths, paths that would help him grow and swag out his skills. Another friend told John about a music school in Boulder, CO., called Keep Music Going (KMG), complete with music studios for students to get hands-on experience with professional-grade studio equipment. “It was love at first tour,” John admits. 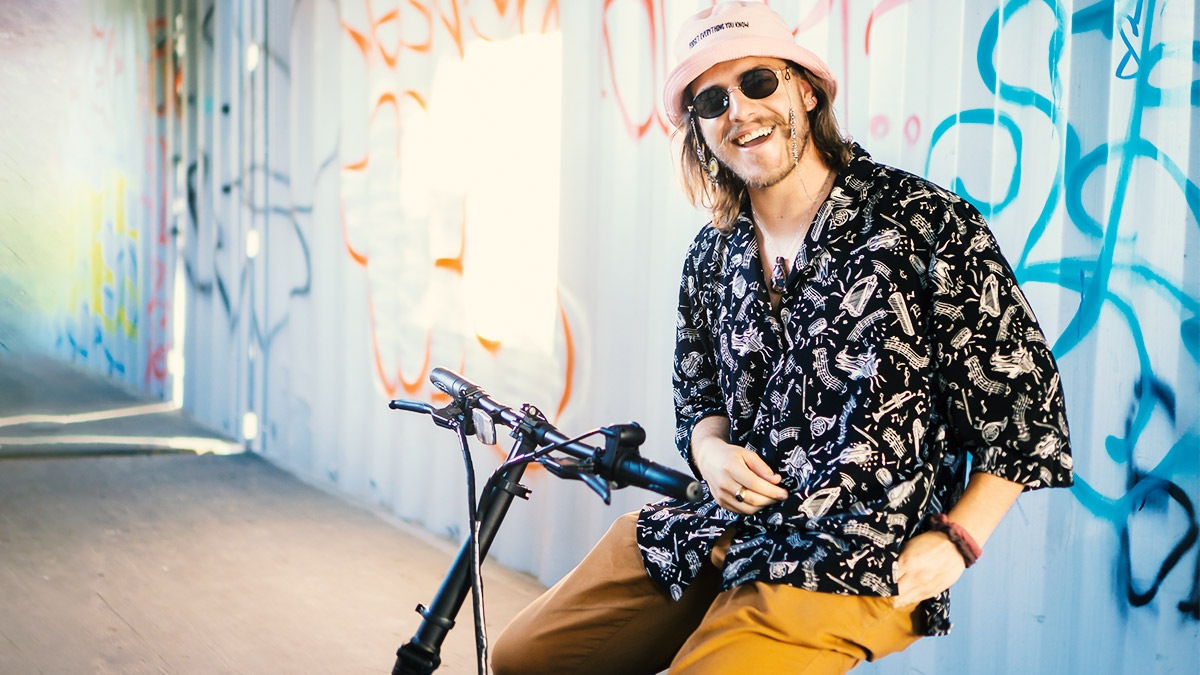 During this time in his life, John developed his sound. “Aggressively chill,” he calls it. It’s a sound based on what attracted him to electronic music from the start. “My tunes will have some very melodic elements with some very aggressive elements.” And while one song may lean more one way or the other, you’ll definitely have both elements in every Black Wolf Sound track.

Black Wolf Sound is a musical experience, a cinematic journey of empowerment and love. While his creation process might seem unconventional—even hectic by some standards—his music has gained structure over the years. “But it’s still driven by emotion,” John points out. His music comes straight from his heart, tempered by experiences in his life—past and present. When people ask him what he calls his style of music, he has one simple answer:

ON FINDING STRENGTH IN COLORADO AND BEING IN THE PRESENT

The road to musical and professional self-discovery wasn’t all good vibes and cuddle-puddles for John. “The struggles I faced were what a lot of artists face.” Namely, insecurities on choices made. After dealing with his father’s death in 2007 and then his sidelined college football journey, questions like “Is this what I’m supposed to be doing?” or “Will this even happen for me?” plagued John on occasion.

But there was something about Colorado—the beauty of its landscape and the good vibes of its people—that gave the strength John needed to conquer doubt and explore more. It also empowered him to just . . . feel.

John tells me: “I used to constantly try and bury my feelings. And that would drag me down. But now if I feel sad, angry—anything like that!—I give myself permission to feel it and express it.”

John uses the 6-4-7 breathing technique when he needs something extra to help him relax, re-center and re-vitalize the positive. He was swag enough to demonstrate for us on video:

As the old saying goes: The only way out is through. And that’s true with emotions as well. Among the many causes he supports—including BLM and the Black Student Fund—John believes in the importance of positive mental health. “That’s a big push in my Black Wolf Sound mission,” he says. “I think we’ve all been putting mental health on the backburner for too long now and people are finally starting to see that.”

And when self-doubt rears its ugly head and threatens Black Wolf Sound? Well, John simply remembers the time pre-lockdown when he traveled to Florida to play a show. A group of partykids came up to him and revealed that they had traveled over two hours just for his set. “It’s a beautiful moment that brought me to tears. And it sticks out the most for me—especially when I have those moments of doubt.” 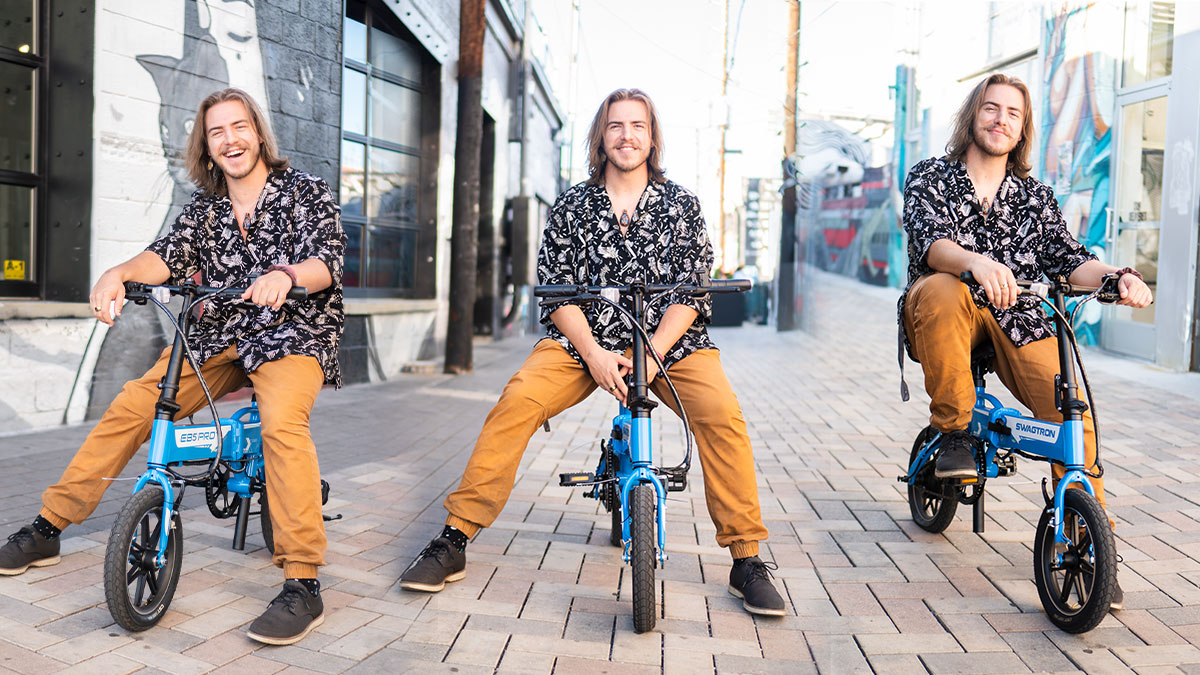 Black Wolf Sound chillin’ on his EB5 Pro Plus eBike.

When the conversation turns to the future, Black Wolf Sound lights up. “There is so much happening in the Black Wolf community. I have a few festivals lined up for this summer in some really beautiful places like Moab, New Mexico.” This is a welcomed return to some normalcy after a year that proved to be difficult for all of us—especially performing artists who had no place to perform. 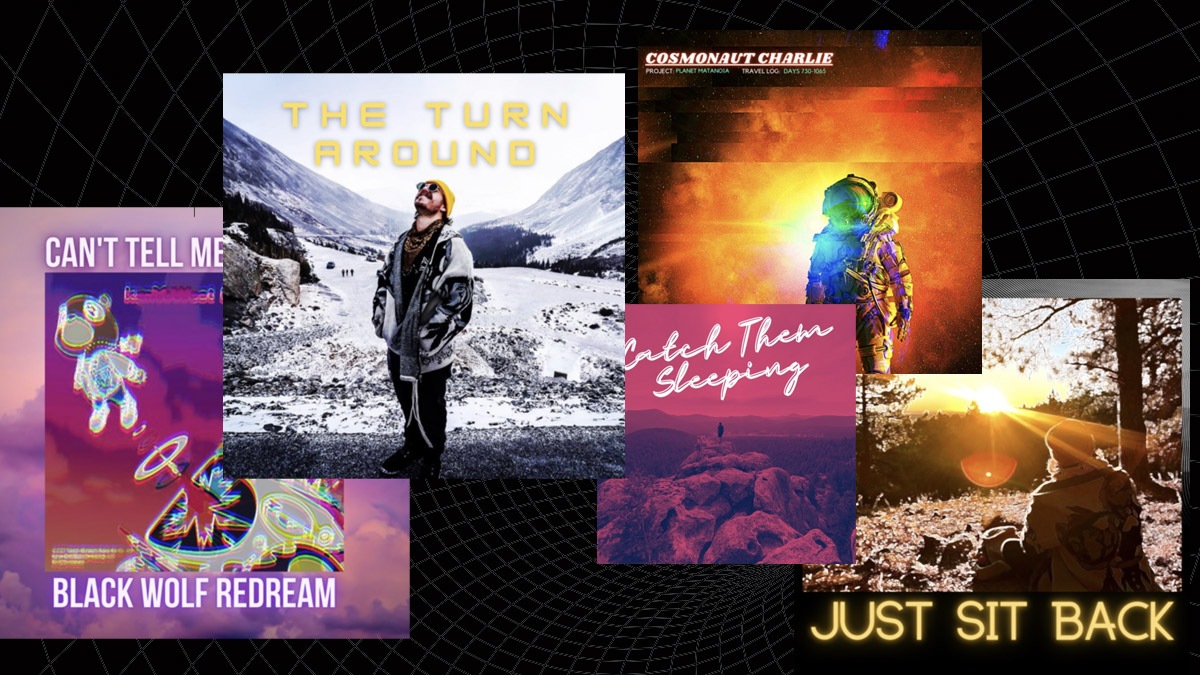 “And beyond performances,” John continues. “I’m currently sitting on so much music and will be releasing music all year. We also just finished up my first music video that I will be dropping sometime soon. We have been growing fast this past year and I am super thankful for all those involved in this mission.”

If you’re in the Denver area on July 20, you can dance to Black Wolf Sound’s DJ set at sub.Mission’s Electronic Tuesdays event at he Black Box & The Lounge. Black Wolf Sound will be headlining the Lounge that night. So you can expect some truly epic swag. 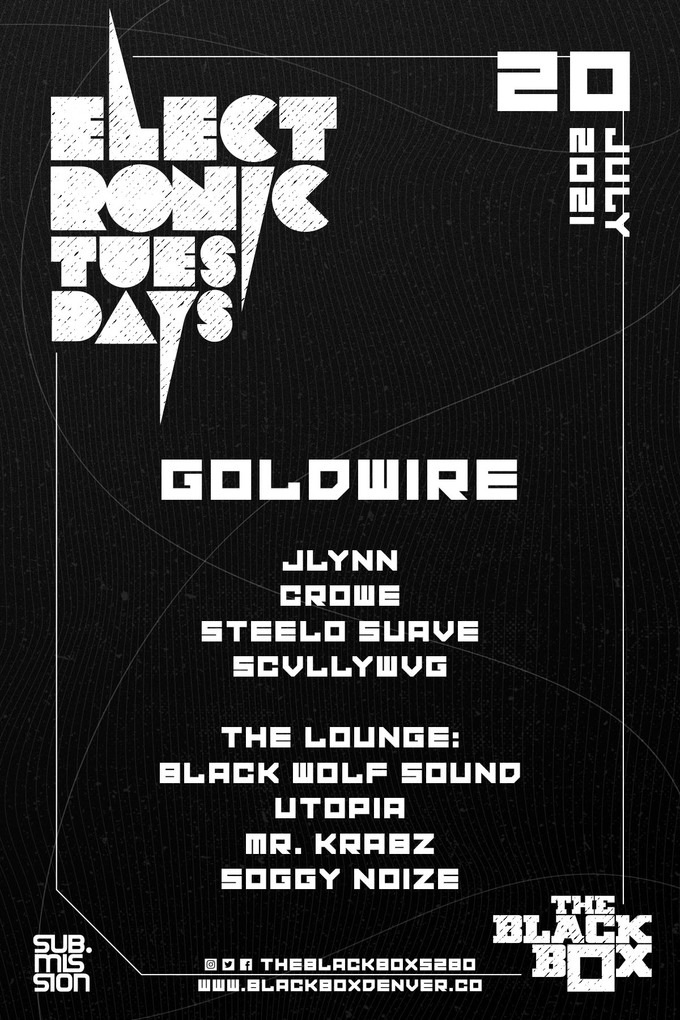