Electric scooters are the most easily accessible and fastest mode of personal transportation. They’re lightweight, issue zero emissions, and have extremely friendly learning curves – and, I mean, who didn’t fly down the street on a beaten up kick scooter as a kid?

E-scooters are the next-step-up for the generation that grew up pushing a scooter. They are one of the most straightforward electric rideables with clearly shared characteristic recognizable from its non-motorized counterparts. When you step back and look at an electric scooter, it still resembles a basic scooter. Even while equipped with features such as cruise control, a digital speedometer, and route tracking, these scooters remain one of the most uncomplicated electric rideables to master.

And with the global population on the rise and the average morning commute becoming more and more overcrowded, it’s not a big surprise that more and more millennials are turning to the electric scooter as their go-to alternative transport. And overall, millennials don’t quite view owning a car quite the same as their Baby Boomer parents. Millennials don’t look at a car and see the unlimited amount of freedom and horizon chasing that their parents did. Instead, they imagine themselves chained to the radiator by a burdensome amount of monthly bills and repairs.

So demand for electric rideables is on the rise. They are light, fun, and don’t require months (or years) of payments. They don’t demand a lot of attention and can be put out of sight and out of mind at the end of the day – not to mention the guilt-free knowledge that they’re rechargeable and don’t add to the greenhouse gas conundrum.

But with a surge of demand for these rideables, manufacturers make more and more changes to the design and features. This can lead to a lot of confusion for buyers!

For instance, SWAGTRON, the leading brand of electric rideables, has two robust e-scooters in their line up that vary in price, specs, and design…but at a glance, it is very hard to tell an immediate difference.

Let’s get one thing straight first with an old internet idiom: “They’re sisters, not twins.”

The Swagger and Swagger Pro scooters may look incredibly similar, but they are in fact pretty different – in build, speed, and features.

So…what makes them so different?

Let’s start with the Swagger…

SWAGTRON kicked things off initially starting with the Swagger electric scooter. Designed to be both lightweight and collapsible, the Swagger quickly became the ultimate commuting companion.

Popular in cities such as San Francisco, the Swagger comes with a durable carbon fiber, collapsible frame and weighs only 17 lbs for easy carrying and storage. Commuters can readily fold down their scooter, board a connecting bus or train, and stow their scooter above or beneath a seat, and then unfold and go once they reach their next stop! And the ultimate cherry on top is that this scooter is TSA compliant, so if you need to take your commute an extra step to the airport, you’ll be able to bring your scooter along, hassle-free. And with a range of 4 – 15 miles per single charge, and a charge time as short of 1.5 hours, your Swagger scooter will get you wherever you need to go.

The Swagger also gives riders complete control over their route. With a responsive throttle paired alongside a 250-watt motor, the Swagger can reach up to 15 mph at a time. And with the ability to toggle between 5 dynamic gears, you’ll be able to find the speed you need to reach the top of any hilly route. Meanwhile, dual brakes (handlebar and foot brake combo) ensure a gentle, gradual stop, or even an abrupt emergency stop. 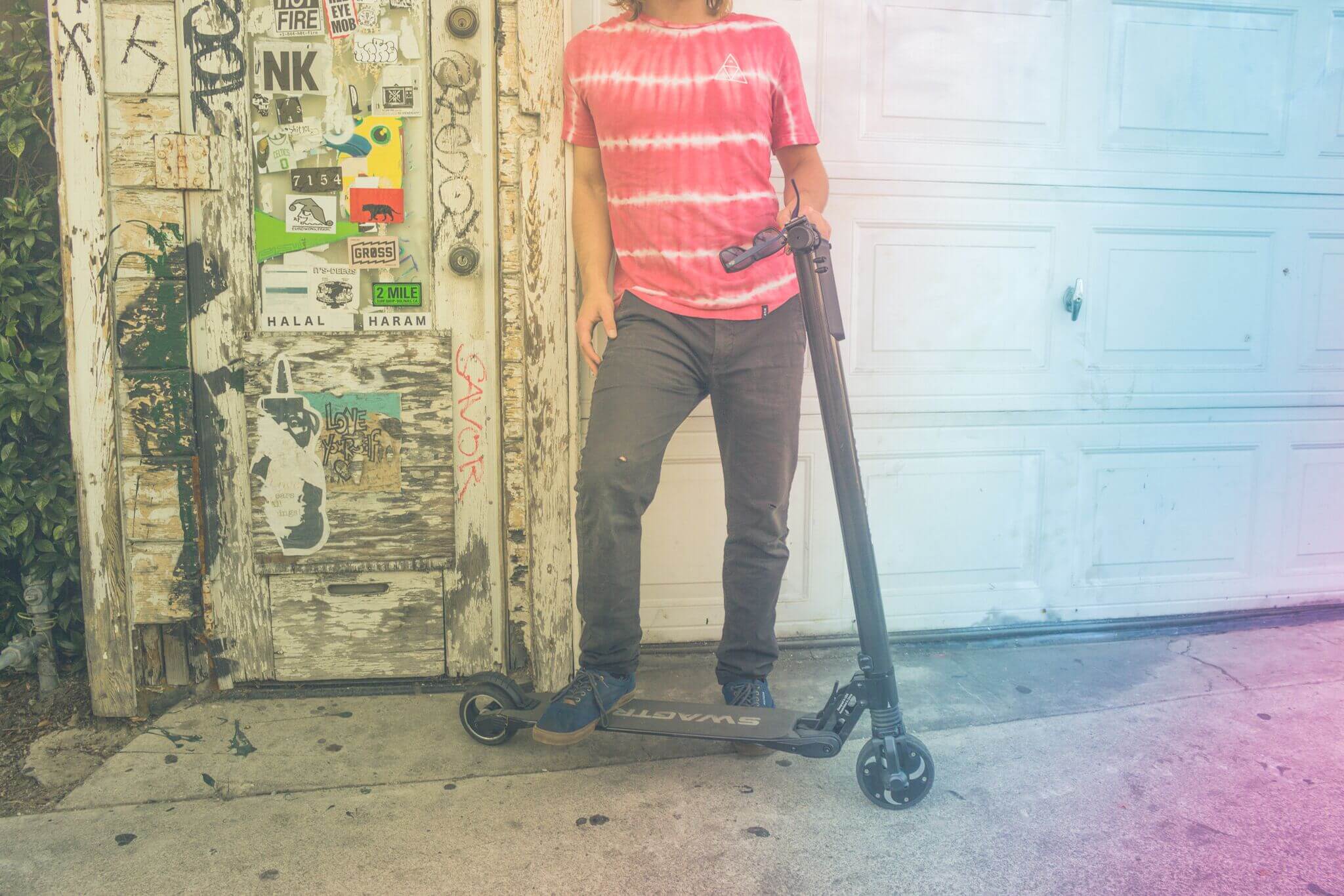 So, where does that leave the Swagger Pro?

The Swagger Pro is – if we are sticking to the “sister-not-twins” scenario – the big sister. Right off the bat, the Pro comes equipped with an extended total range, at 5 – 18 miles per single battery charge. Plus, the battery was upgraded, to boot, meaning it lasts longer and can take you further, faster, and costs less energy.

Just like its little sister scooter, the Swagger, it’s 100% eco-friendly with zero emissions, and is made out of a robust carbon fiber foldable frame – and weighs even less at just 16 lbs!

So, what’s the same?

Both the Swagger and the Swagger Pro are designed with a lightweight, sleek design. They are powerful scooters capable of getting you from Point-A to Point-B, but remains easy on the eyes and hassle-free to carry.

They are both made with a unique tire pattern for traction and grip so they can handle most terrains – plus their larger size means they can tackle most bumps in the sidewalk and transition from soft pavement to hard asphalt without fuss.

Despite being motorized, both scooters are great for kids and adults alike, and are able to support riders up to 250 lbs. And with 5 different gears to toggle between, it’s easy to be in complete control of how fast your scooter is capable of going.

So, what’s the verdict?

If you’re stuck between choosing the Swagger or its more robust sister, the Swagger Pro, it’s worth thinking of a few different variables. How old is the rider you’re buying for? How tall are they? How much do they weigh?

Are they riding to and from a nearby school, or are you purchasing for an on-the-go adult making their way to work?

If you’re a parent looking to see which scooter would fit your child best, the Swagger just might be your best choice. If you’re an adult looking to get the most torc for the price, the Swagger Pro will take you up that hilly commute without breaking a sweat.

However, when it comes right down to brass tax, the ultimate deciding factor is going to be: price. 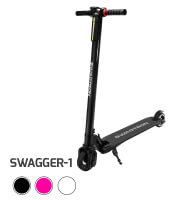 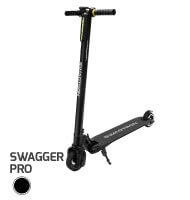 But no matter what you’re looking for when it comes to an electric scooter, both the Swagger and Swagger Pro are the best performing e-scooters on the market at the best value – that don’t make sacrifices when it comes to quality.