When you’re a Formula One legend and two-time Indy 500 racing champion, you probably know a thing or two about getting around. In fact, when you’re an immensely successful racing family that spans four generations, you definitely know how to get things done quickly — and in style.

So it makes sense that Emerson Fittipaldi and his family use their SWAGTRON® Swagger electric scooters to do just that.

Living — and Racing — That #ElectricLife

Fittipaldi isn’t a stranger to electric vehicles. Last year, he drove the electric demo car in the inaugural Zürich ePrix in Switzerland, which drew a crowd over 150,000 spectators. Just one year off, Fittipaldi considers the Formula E electric car race one of his favorites, alongside his 1989 Indy 500 win.

That might have been his first time driving an electric Formula race car, but it undoubtedly won’t be his last. Fittipaldi understands that the future of urban mobility is electric. “I travel all over the word,” says the semi-retired racer. “And electric vehicles are the future of transportation in any big city.”

What city could Fittipaldi have benefited from having a light electric vehicle (LEV)? Without skipping a beat, Fittipaldi names the city long considered to be a commuter’s nightmare: São Paulo, Brazil.

It’s an understandable answer, when you consider Brazil’s biggest city has some of the worst congestion problems in the world. And since Fittipaldi prefers electric bikes for his own personal transportation, the EB7 Elite would be the perfect commuting solution to ease some of São Paulo’s traffic woes. 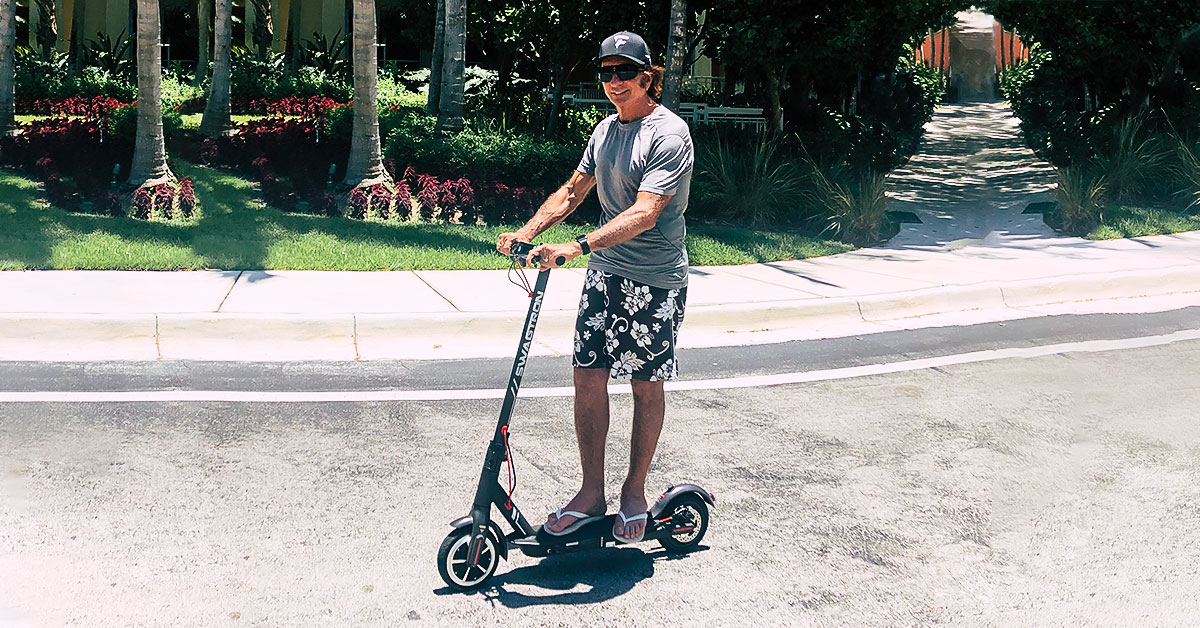 Going on four generations, the Fittipaldi family is a bona fide racing legacy. It’s a badge of honor Emerson holds close to his heart. “It is a very long legacy,” says Fittipaldi. “My father and mother raced. And my grandchildren and son Emmo, Jr., race now too.” 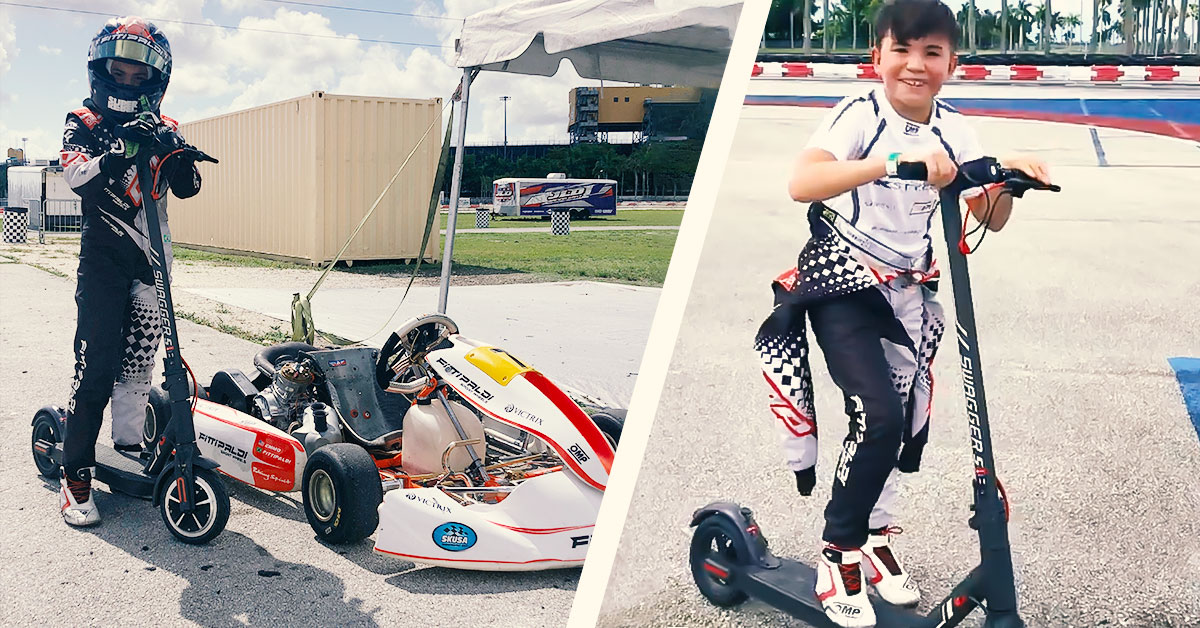 A Family That Swags Together

For the speedsters, Fittipaldi and son, the Swagger 5 Elite was a no-brainer. It makes sense that they would gravitate to the Swagger 5’s robust motor. After all, it’s built with speed in durability in mind. But it’s not just the speed and power of our electric scooters that have attracted the living legend.

Our attention to detail with build quality and safety was also a plus. That’s why the Swagger 3 Pro was the go-to eScooter Fittipaldi’s daughter, Vittoria. Durable frame, rear suspension, low-maintenance tires. These are just some of the features that make the Swagger 3 Pro perfect for a young rider — and possible future racing star?

A post shared by Emerson Fittipaldi (@emersonfittipaldioficial) on Jul 15, 2019 at 3:12pm PDT

And don’t forget to check out young Emmo’s racing exploits on his own Instagram: https://www.instagram.com/emersonfittipaldi7/

About the Swagger 5 Elite Electric Scooter

Why rent when you can own? Chosen as the official electric scooter of the Chicago Cubs, the Swagger 5 Elite is our flagship eScooter. It’s great for casual adventurers but essential for campus cruisers and urban commuters. Robust motor. Efficient battery. Ultra-responsive brakes. Getting from A to B couldn’t get more fun than with a Swagger 5. Renting is for rookies. It’s time to step up to the major league!