Despite a string of successful albums that’s scored them gold record after gold record.

Despite an intense touring schedule that’s taken Pop Evil all the way to Australia for the first time.

Despite a well-received video for their anthem “Be Legendary” featuring our very own EB5 Pro and EB7 Elite eBikes.

Despite all that — or maybe because of them — Leigh Kakaty feels more electrified than ever before.

The song “Be Legendary” marks a small turning point for Leigh and his band, Pop Evil. And you definitely get that feeling when you watch the video.

According to Leigh, the video is a reminder that you don’t have to win in the short-term to win the long game. It’s about the friends and the people that you have in your life, the people that support you. The anthemic flavor of Pop Evil’s “Be Legendary” song and video aligned perfectly with our goals as a company — to create a fleet of rideables that fosters personal growth by encouraging us to get active and stay engaged with each other and with the world around us. That’s part of what living an #ElectricLife means to SWAGTRON®.

But what about Leigh?

LIVING AN #ELECTRICLIFE WITH SWAGTRON

“The best part of performing is the energy from the fans,” Leigh admits, after talking to us about the best thing about stage life. “To hear the fans singing your songs back to you night in and night out, it’s a rush like no other.”

And there’s no doubt that Pop Evil’s songs electrifies the crowd. “Having been around as long as we have,” says Leigh, “our songs have become a part of people’s lives.” And when Pop Evil performs, you can really feel that connection — that energy — between the band and their fans, feeding off each other. 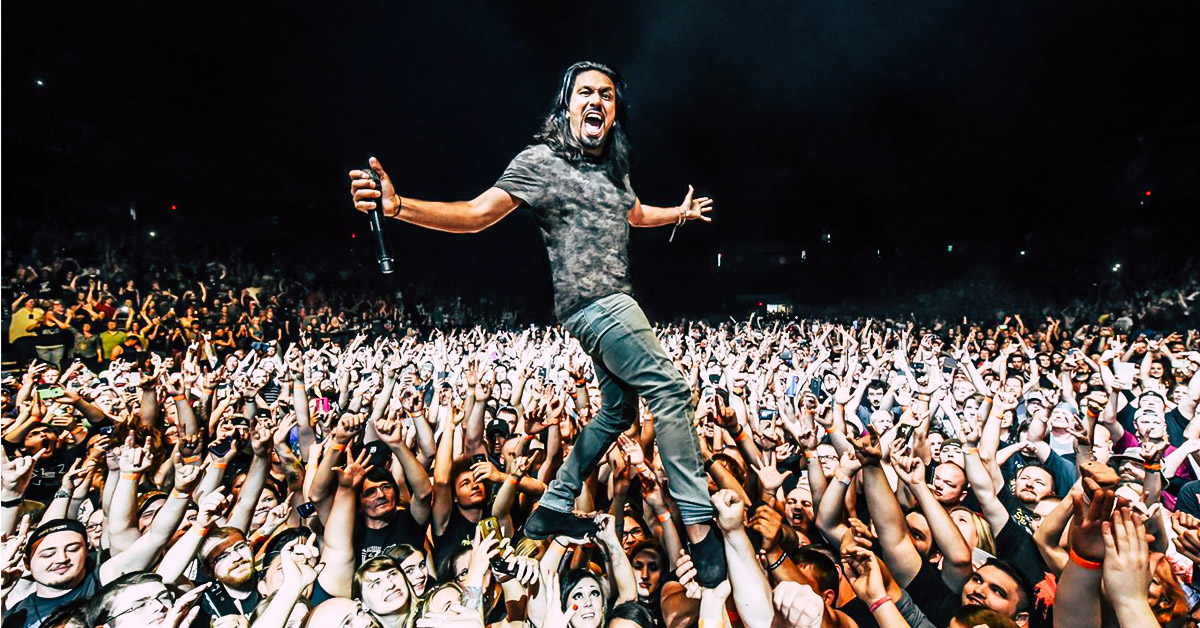 But for Kakaty, living an #ElectricLife means more than making hit songs and selling out stadiums. It also means being there for family. “Family has always motivated me in life,” Leigh tells us. “Being on the road as much as I am makes it hard sometimes, but I believe it is important to be there for your loved ones.”

We saw just how important family is to Leigh when we met up with him at last year’s Glow in the Park festival in Grand Rapids, MI. There, he cruised down our 300-foot “Glow Track” on an EB5 Pro, riding with his son in tow. The connection between father and son was inspiring, undeniable — and absolutely electric. 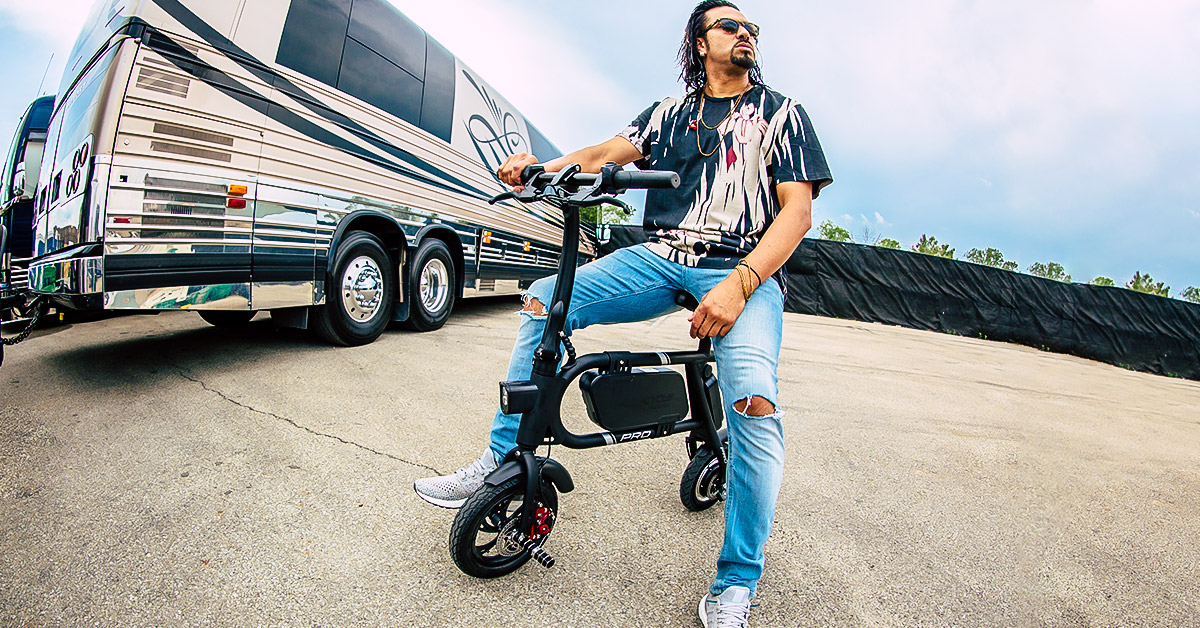 For Leigh, riding electric bikes is more than just fun and games. It’s become an integral part of touring. He’s no longer trapped on a tour bus. He can get out and drive around the lots, blowing off some steam in a way that is healthy and invigorating. “Electric bikes have finally changed the way we tour,” Leigh admits. “And the #ElectricLife has made a positive difference in my life.”

Making music. Meeting people. Exploring their world. You can tell that Leigh — in fact, all members of Pop Evil — are having fun again.

And there’s nothing more “electric” than that.

ABOUT THE EB5 PRO EBIKE

The future of urban mobility. The ultimate city commuter. That’s the EB5 Pro in a nutshell. Powerful. Compact. Durable. Its robust motor and fast-folding design make it a no-brainer when it comes to getting around with little hassle and a lot of style. Travel at speeds up to 15.5 mph for about 15.5 miles in a single charge. Want to go faster and farther? Pedal options will let you do exactly that.

It’s time to live your very best #ElectricLife. It’s time to pick up an EB5 Pro eBike from SWAGTRON®.

ABOUT THE EB7 ELITE EBIKE

These ingredients might seem contradictory. But the Michigan-based Pop Evil makes it work, with minimal effort and maximum impact. Lead singer, Leigh Kakaty, formed Pop Evil in 2001 off his love of solid melodies, crunchy guitars and propulsive metal rhythms. For Kakaty, it’s a duality that’s “just a natural part of who I am.” And five albums into Pop Evil’s career, strong hooks with knockout punches are more important than ever.

Some rock bands create one or two strong singles, six or seven disposable songs. And they’ll call that an album. But “Pop Evil” is a different beast altogether — all killer, no filler.