The EB7 Elite folding eBike is already a bona fide powerhouse. Goes hard. Rides smooth. Looks great. With its powerful 350-watt motor, extended mileage and stylish design, one could say that it’s a commuter’s dream. And we definitely say it!

But one of the best features of the EB7 Elite is its battery, which is efficient enough to fully charge in just four hours. And that single charge can power you through up to 15.5 miles under optimal conditions before you need recharge it. Best of all, the battery is removable.

Want to double the power? Simply swap out the battery with a new one and keep riding!

Swap the Battery Pack on Your EB7 – Quick Jump

With the EB7 Elite, you’ll have the option to charge the battery attached to the eBike or on its own. This flexibility helps you make sure that you’re always fully charged and ready to go at moment’s notice. The battery pack is lightweight and compact, weighing just three pounds. So it’s easy to charge in your office at your desk. And when you’re ready to hit the road, just pop it in your backpack or messenger bag and go. 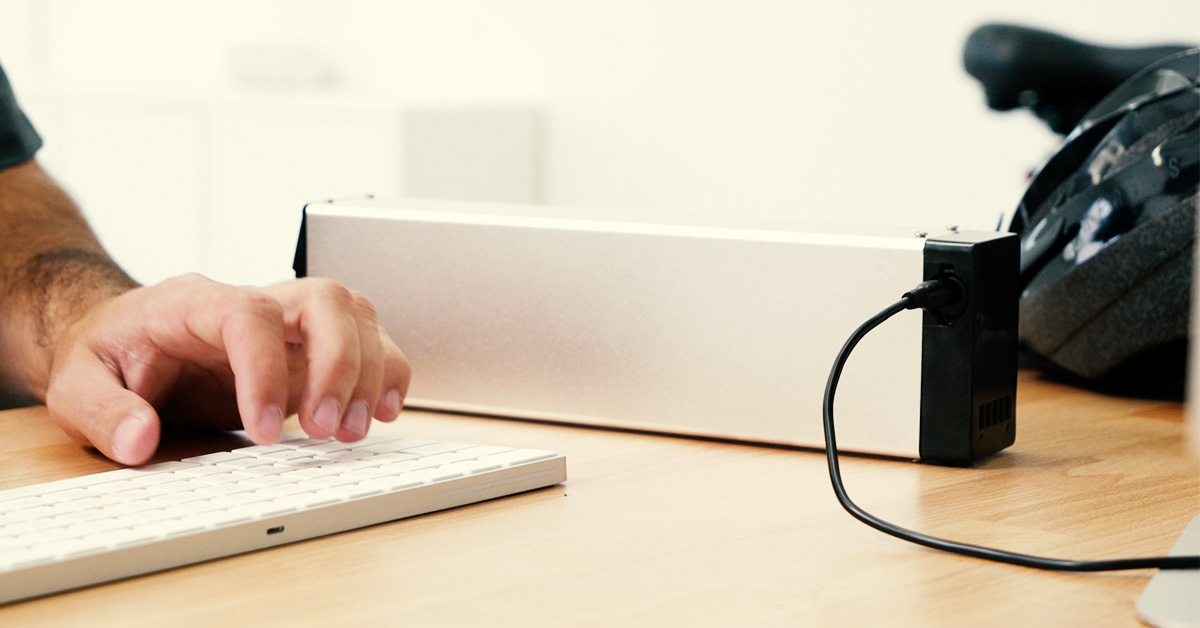 Power Off the EB7

Everything you need to know about your ride will be displayed for you on your EB7 Elite — speed, miles traveled and, more importantly, battery level. When you’re ready to swap out the old battery with the fresh battery, press and hold the power button on the display for about three seconds. This will power off the EB7. 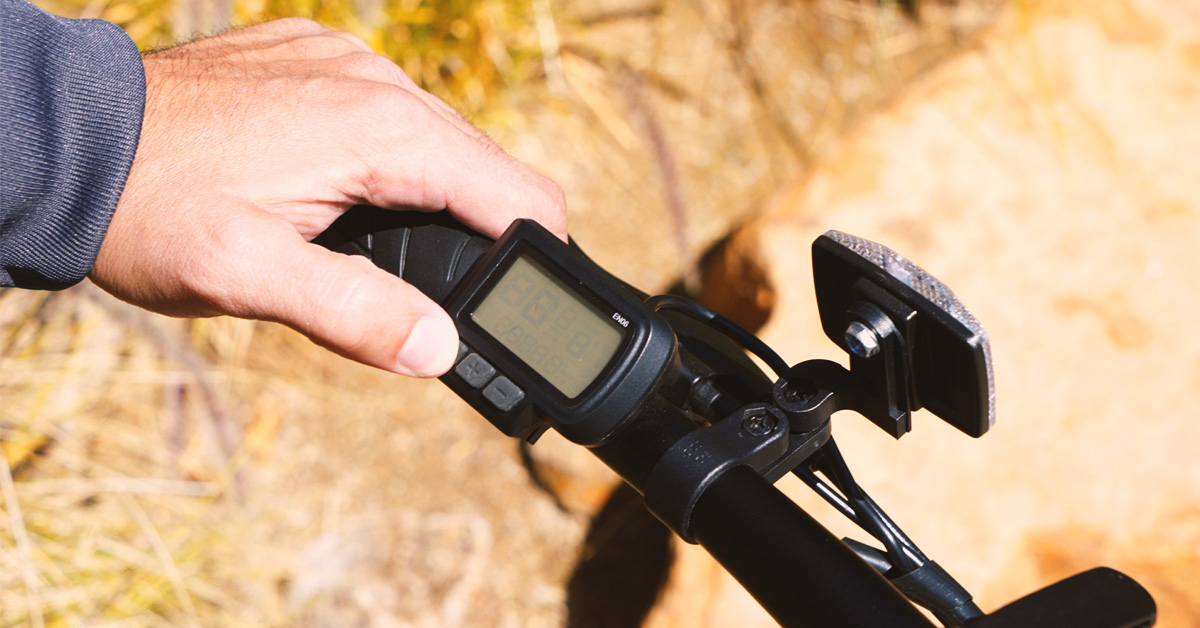 With the EB7 powered off, you’re free to remove the eBike’s battery. But first, you’ll need to fold the frame and expose the battery compartment. Fortunately, that’s easy to do:

From there, you’ll see the battery compartment, which you will need to unlock using the included battery key. 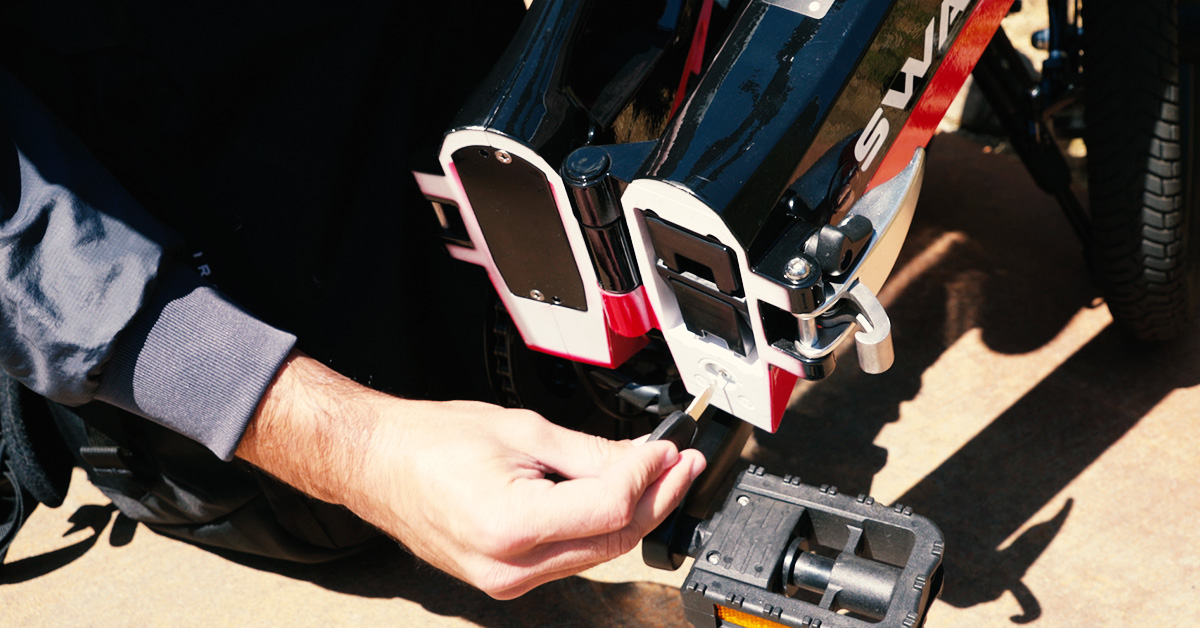 Switch Out the Battery Pack

Then remove the old battery and slide in the new. Remember to lock the battery and remove the key before closing the frame and riding the EB7. Again, the battery is extremely compact and weighs less than three pounds. It’ll easily fit in a messenger bag or backpack with no trouble.

Power On the EB7

Now you’re ready to ride. On the display, press and hold the power button for about three seconds to power up the EB7 Elite. The battery indicator should show a full charge. 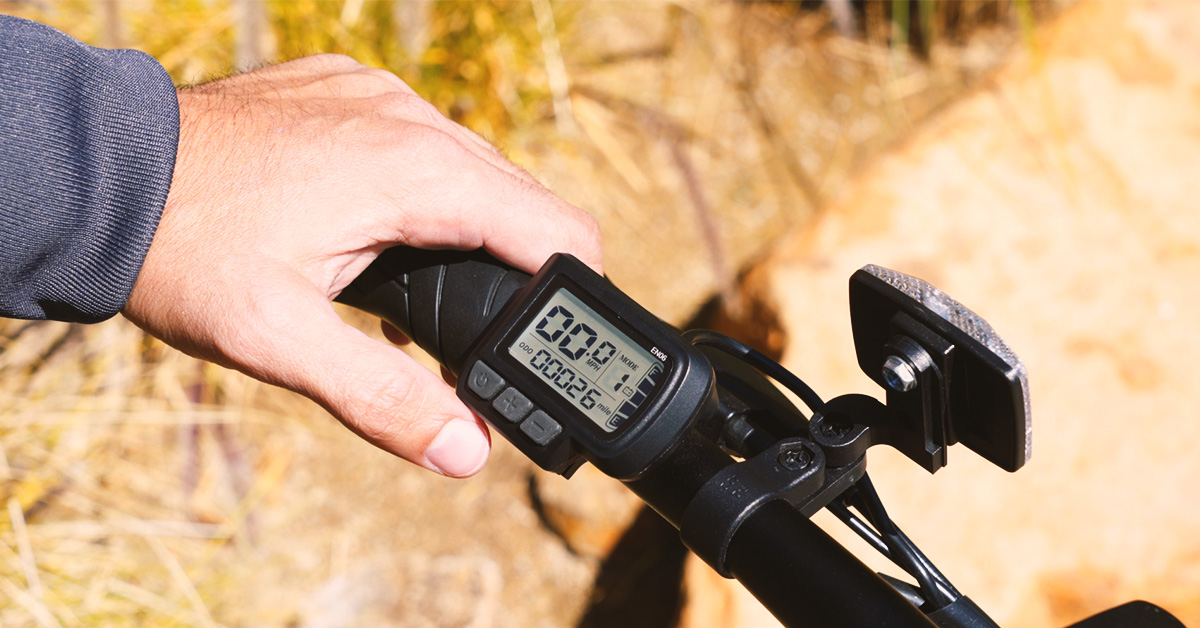 The EB7 Elite is already more than capable to get you where you want to go with style. But with an extra battery, it’s easy to double that capability, increasing your riding time for longer commutes and extended adventures. Add the power of the pedals to the equation and you could find yourself riding well into the night.