It’s gonna be one messy summer!

Everyone’s favorite kids’ TV game show growing up is back, messier than ever – “Double Dare.”

And Swagtron is joining the fun!

Swagtron in the “Double Dare” Game

When we heard that “Double Dare” was coming back, we just had to get involved. So we tossed some EB-6 electric bikes their way for grand prizes.

The Swagtron EB-6 is the perfect prize for “Double Dare.” It’s a real fat bike engineered with kids in mind, built with a smaller frame and 20-inch wheels. The EB-6 gives kids opportunity to experience the fun of a mountain bike that’s boosted by a 350-watt electric bike motor. 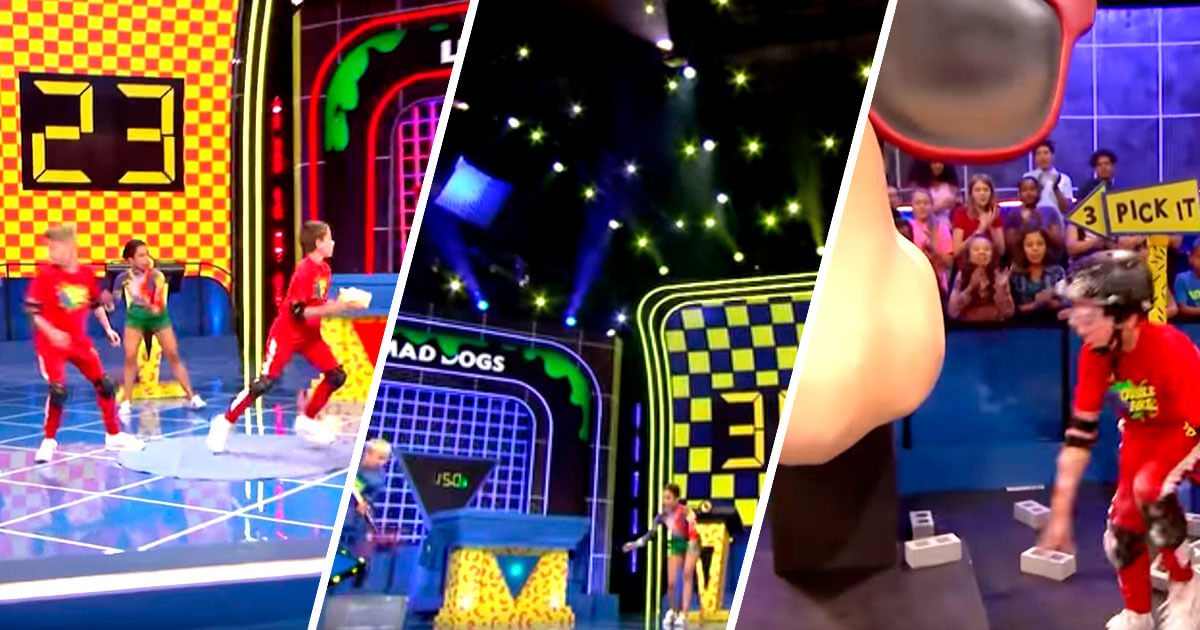 The highly anticipated “Double Dare” reboot premiered on Monday, June 25th, with new host, YouTube sensation Liza Koshy. And anyone familiar with her from her Vine days will understand why Nickelodeon chose her to host the reboot. Her energy and enthusiasm are infectious, to say the least!

(Don’t worry, though. The incomparable Marc Summers, who hosted the show’s original run, is still involved!)

Still need a reason to watch this “Double Dare” reboot? Koshy and Summers have ten of them!

But Summers gives the best reason to watch:

Share a childhood favorite with your little ones or tune in as a throwback to the good ol’ days. “On your mark, get set – go!” and catch “Double Dare” in all its prime-time, slime-time glory at 8 p.m. Mondays on Nickelodeon.

For anyone unfamiliar with the show’s format: Two teams go toe-to-toe by answering trivia questions and completing challenges for prizes. What kind of challenges? Oh, the usual stuff. Sliding into pools of slime. Rifling through fake vomit. Tossing toilet paper into a toilet worn by your teammate. And of course, the giant “Double Dare” Nose! 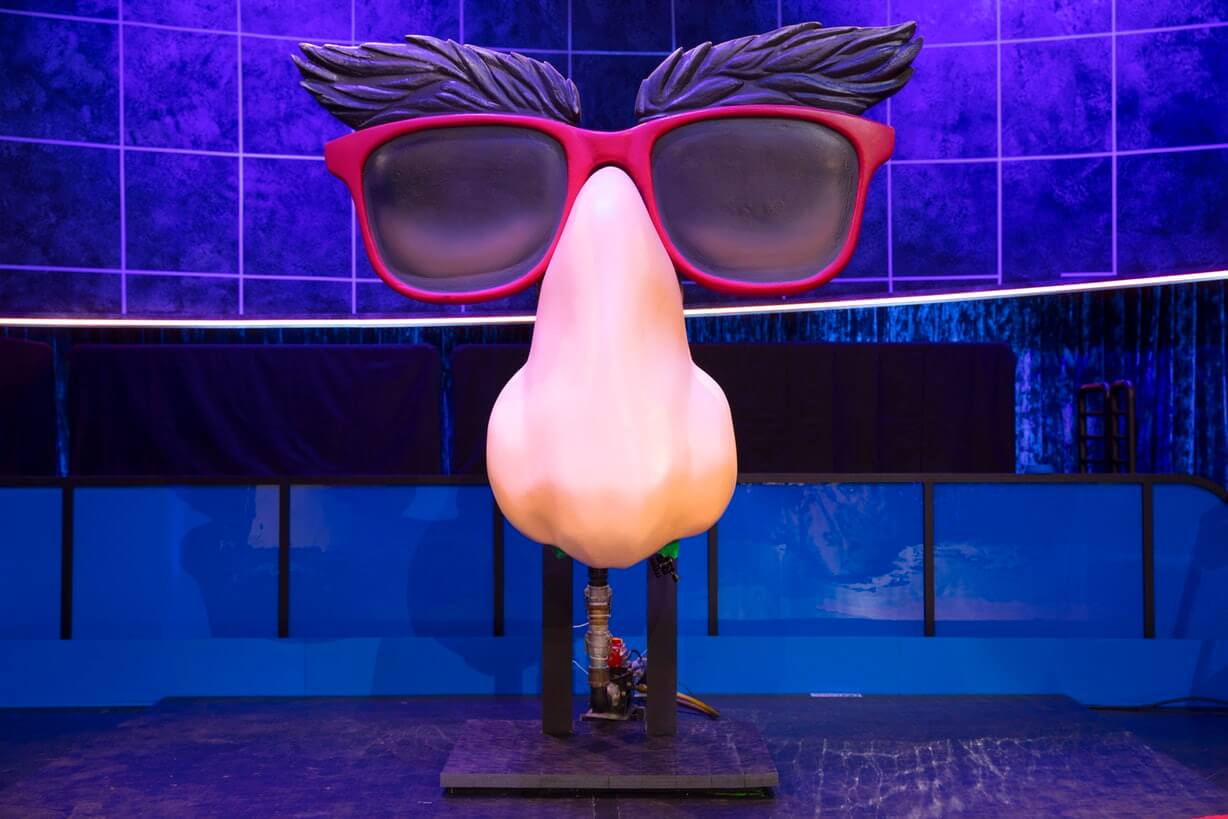 Did someone say giant nose?

Nickelodeon said it wanted to give “a new generation of kids the chance to compete in the messiest competition of their lives.” And we can understand why. The show’s original run was a major success for Nickelodeon, revitalizing the game-show genre for children. To this day, “Double Dare” remains Nickelodeon’s longest-running game show.

The series debuted in 1986 and quickly became a popular daily staple on cable television, eventually becoming the longest-running game show on the network until it ended in 1993. “Double Dare” made it back for a short-lived resurgence in 2000. Ever since then, original host Marc Summers had been asking for the show’s comeback.

“Double Dare” will feature plenty of callbacks to the original but it’s got one trick up its sleeve that it didn’t have before — Swagtron.

0 responses to “Do You Even Double Dare, Bro?”