When the Chicago Cubs were planning their end-of-season parade, they reached out to us to give their mascot, Clark, his favorite ride — a SWAGGER 5 ELITE. And we were more than happy to oblige!

THE CURIOUS HISTORY OF THE CUBS’ MASCOTS

You’d be forgiven for thinking Clark is the first mascot in the Chicago Cubs’ history. But Clark was introduced for the 2014 season and was around for the Cubs’ historic World Series victory in 2016. Oddly enough, the last time the Cubs had an official mascot was exactly 100 years earlier in 1916.

That mascot was a real bear cub named Joa in honor of co-owner J. Ogden Armour (get it?). Unfortunately for Joa, the early 1900s was a bad time to be a wild animal in captivity. Joa didn’t take to well to life in a tiny cage. (Honestly, who would?) And while Joa wasn’t the first real bear cub the team had as a mascot, he was certainly the last. After an unfortunate player-got-bit incident during the 1916 season, Joa “retired” to the Lincoln Park Zoo.

According to the Cubs official website, Clark is actually Joa’s great-grandcub. The official club lore is that Joa regaled his grandcubs with stories of his glory days as the Cubs mascot, leading Clark to dream of one day following in his great-grandbear’s pawprints. One day, Clark heard the roar of the crowd from Wrigley Field and was so overcome that he broke out of the zoo and rushed to the storied stadium where his love for the Cubbies earned him the role of Team Mascot.

The live bears weren’t the first mascots to grace the field at Wrigley. If you dig a little deeper, you’ll find this little nugget of early 20th century nightmare fuel. Ready? 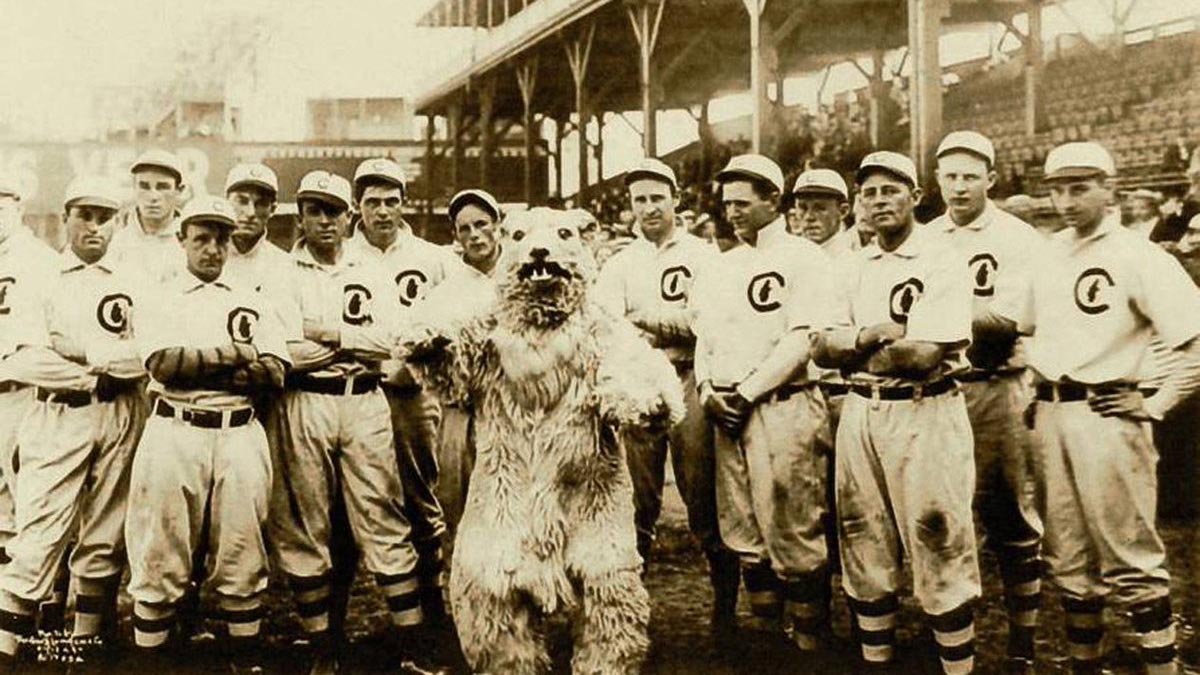 Gaze upon it and know you will never be the same. The guy on the right certainly wasn’t.

This photo was taken on a 90-degree day in July 1908 when the Cubs had just pulled out a 3-2 victory over the Philadelphia Phillies in eleven innings. The polar bear costume was actually from a play running at the Studebaker Theatre called “The Top O’ the ’World.”

The star’s understudy got the dubious honor of not only enduring eleven innings in that heavy suit in sweltering heat, but also running around on the field, posing with the team after the game.

(It was the 1910s, after all. Back then, folks used to box full-grown bears for sport. Having a cute cub as a mascot was probably seen as quaint.)

Luckily, today we have Clark who zips around downtown Chicago on a Swagger 5 Elite electric scooter, doesn’t have to live in a cage, and will be able boast to his grandcubs about his historic World Series win. 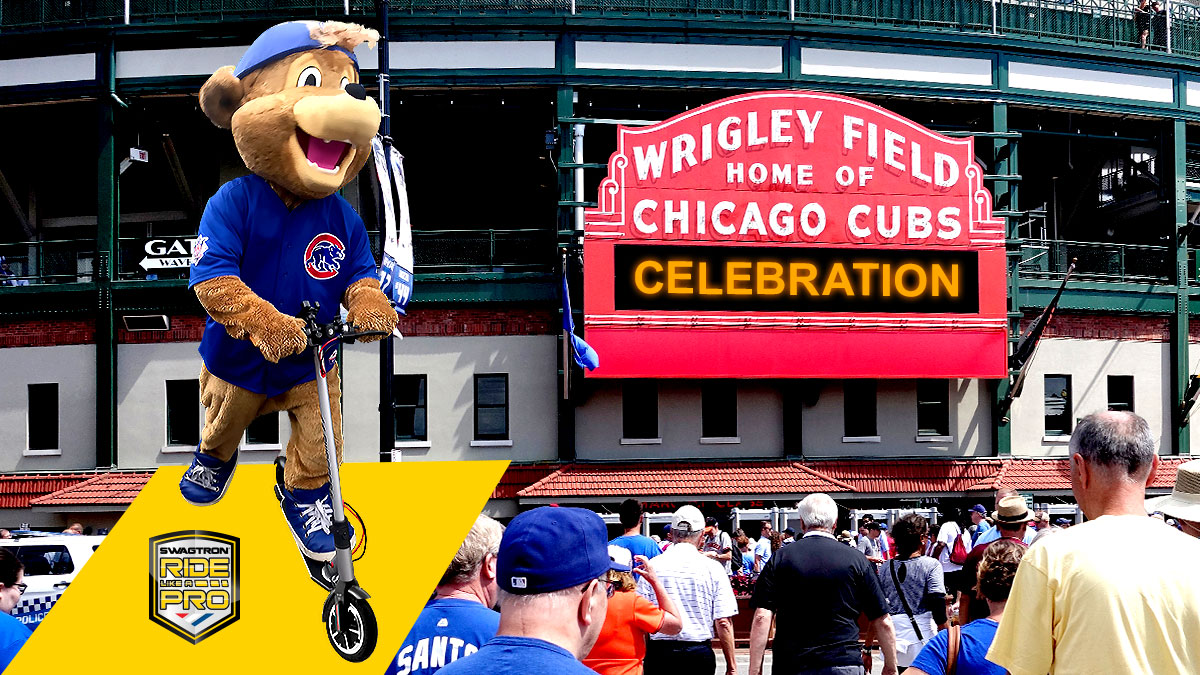 The Swagger 5 Elite is the evolution of the electric smart-scooter. And it’s certainly built for second-generation Chicago sports royalty. We pulled out all the stops when building this bad boy. Powerful motor. App integration. Lightweight foldable design. All told, it’s an elegant solution for personal transportation.

A 250-watt motor lets you reach top speeds of 18 mph for up to 12 miles and the highly efficient Li-ion battery fully charges in less than four hours. When the adventure ends, the Swagger 5 Elite folds down in three quick and easy steps. It’s lightweight enough carry without much effort and easily stowed away in a trunk or any closet space at home or office. And with an intuitive iOS/Android app, you can monitor your adventure, select speed mode, activate cruise control and much more.

Cruise the last mile in style. With the Swagger 5 Elite, getting around just got easier — and a lot more fun.