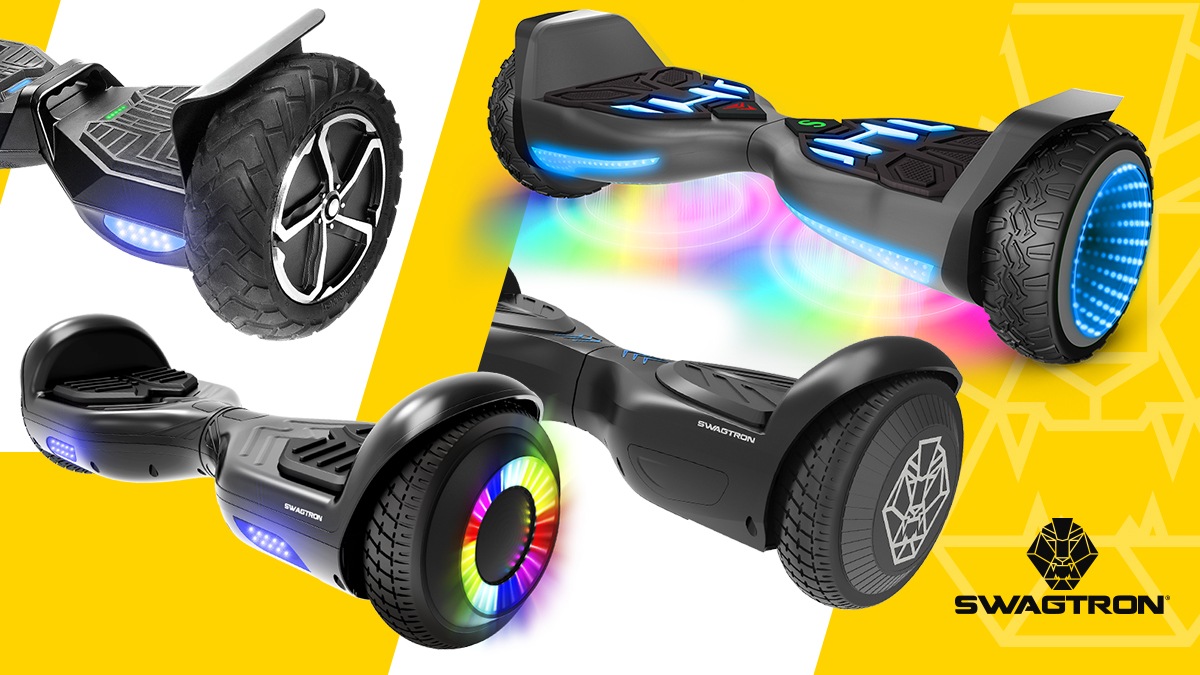 Since their conception in the early 2010s, hoverboards have become a common sight, especially on YouTube fail channels. They typically consist of two motorized wheels connected to a pair of pads on which the rider places their feet. And it’s not surprising that they’re popular — how many articles have compared them to the ones from Back to the Future II? In the real world, several companies have been drawn into the hoverboard business to satisfy customer demand.

It’s easy to purchase a hoverboard right now, provided that your state doesn’t have laws that restrict their usage. One such company is SWAGTRON®, which has a wide range of prices, colors, designs, speed and lifestyle preferences. Other businesses include Segway and EPIKGO.

A deciding factor for many customers is dollars spent, and there is a vast range of price points available. It’s a bit like shopping for cars: You have your lower-end Chevys, or you can go for something a little more special. At SWAGTRON, prices go as low as $79.99 or $84.99 for a recertified basic model — like the swagBOARD Twist T881 — or as high as $400 for a more top-of-the-range affair. The reason for such a vast difference in price is due to manufacturing costs, raw materials and whether the hoverboard has additional extras such as Bluetooth.

However, models often go on clearance when the demand for them doesn’t meet expectations, or new models are introduced. Such models can be a good starting point for a beginner who doesn’t want to take the plunge by spending hundreds of dollars. So, if you’re a teenager who saved his lawn money for months on end, don’t worry: SWAGTRON has got you covered!

But the initial cost of a hoverboard isn’t the only expenditure. Often hoverboards need replacement parts, such as batteries or chargers. These can be bought from the official website, and it’s important to remember that certain chargers only work with specific models. For instance, replacement chargers generally only work with a few models — so you’ll need to pay careful attention when you’re purchasing one. If you need guidance, our customer service agents can help you with your SWAGTRON purchase.

All Those Little Extras

Another cost involves accessories, such as hoverboard bags — these vary significantly, from a humble backpack to a designated carry bag. Hoverboards are heavier than they look, so reduce the strain on your back and have somewhere safe to put it when heading out. A basic one can set you back around $25, but you can pay anything north of that. Another useful accessory is a handlebar such as the SWAGTRON T+ Hoverboard Handlebar for T3 and T380, which gives you extra balance and stability for around $30. 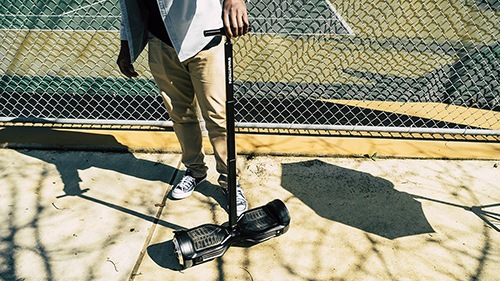 Safety gear is a big one. Sure, it’s not as popular as it should be (scars are cool, right?), but it does keep you in once piece if someone just walks in front of you or if there’s an unexpected step or ridge that you simply don’t see.

Helmets can set you back anything from $20 all the way up to hundreds of dollars, depending on the branding and the amount of protection you get. On a hoverboard, side protection is a must, and chin protection is useful. The reason is simple: On a hoverboard, accidents sometimes happen from the side, and it’s definitely uncomfortable to hit railings with the side of your face.

Some people want to have the full set of safety gear, including a back protector, kneepads and elbow pads. For these, add on a hundred or so dollars.

What Sets One Hoverboard Apart from the Other?

Hoverboards have many options. Some tend to be big and shiny, while others are more minimalistic. For instance, the Swagboard Duro T8 Hoverboard is smaller in size compared to the Swagboard Elite Hoverboard. It’s all a matter of preference.

Speed is another factor, as different lifestyles (and your adrenaline tolerance) may require higher or lower speed limits. An amateur rider may prefer a lower speed of 6.8 mph, while experts can go up to 12mph. (Un)fortunately, there is no nitro option for hoverboards (yet). Battery life is also important, as no one wants to be stuck away from home without power.

When budgeting for your new electronic toy, remember the price of a hoverboard isn’t the only thing to consider. Safety gear, accessories and other items can add on a few hundred dollars, and then there’s the long-term cost of running the gadget. Plan for these extra necessities and then spend the rest on a model that fits your needs and lifestyle. You’ll be doing a one-eighty in no time.