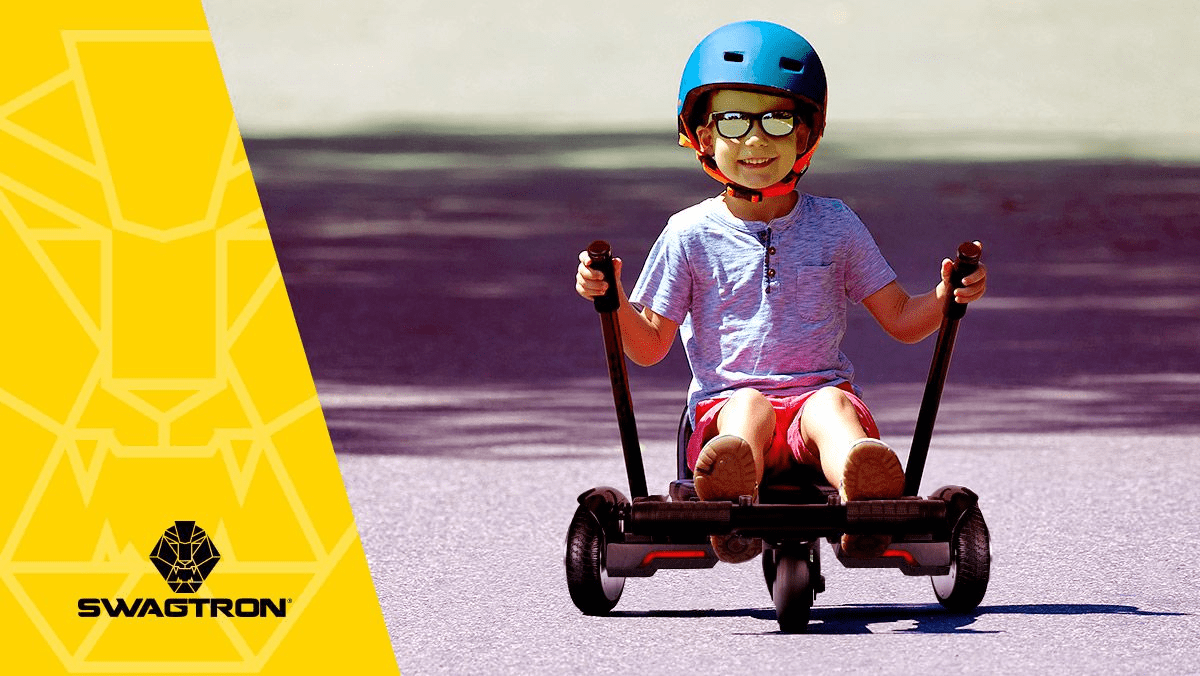 Hoverboard became the must-have Christmas wish list item a few years back, and since then, we’ve seen them explode in popularity. Here at SWAGTRON®, we’ve also seen a growing trend of people using these handy devices as the foundation for some extremely cool and useful innovations.

A senior citizen in Sweden made a hoverboard attachment to his walker by placing the hoverboard at the walker’s base. A true genius in our book and we think he’s really on to something. Hoverboards can be handy tools for people with disabilities or limited mobility.

Many illnesses and disabilities make walking difficult and painful for a long time, and people may need to use a wheelchair or electric scooter to get around. Hoverboards can be used with these mobility devices or on their own. Thanks to their compact size, they’re easy to transport and can fit in tight spaces.

2. Do: Make an Electric Unicorn

Why not use your hoverboard to make an electric unicorn or any animal of your choosing? You can use PVC pipes like Charlyn did to construct her electric unicorn. The frame of Charlyn’s hoverboard included footrests for the rider. For propulsion, she installed a hoverboard in the base, with the frame sporting a pair of casters to avoid tip-over issues. Twin PVC handles were used to interface with the footplate, allowing the user to drive and steer, as well as turn on the spot. 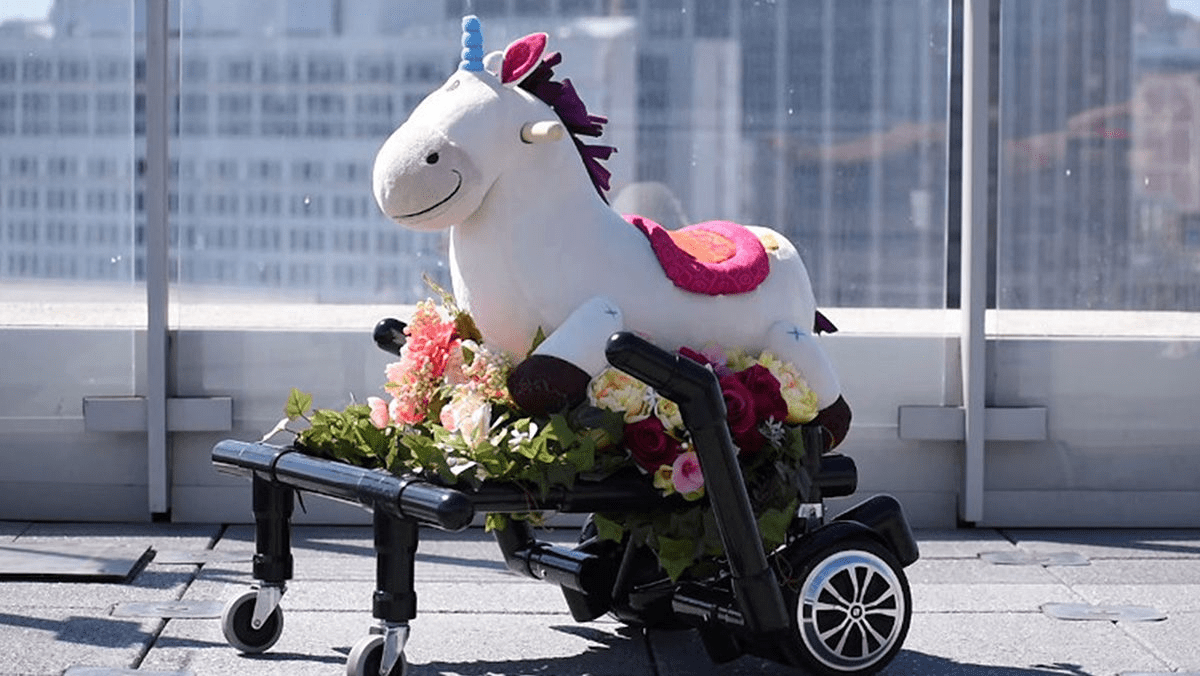 3. Do: Convert Two Hoverboards into an RC Tank

Aaron took two hoverboards and turned them into a nimble and robust tank with one motor per wheel. Additionally, with all the torque available, you can even ride the tank like an electric skateboard. 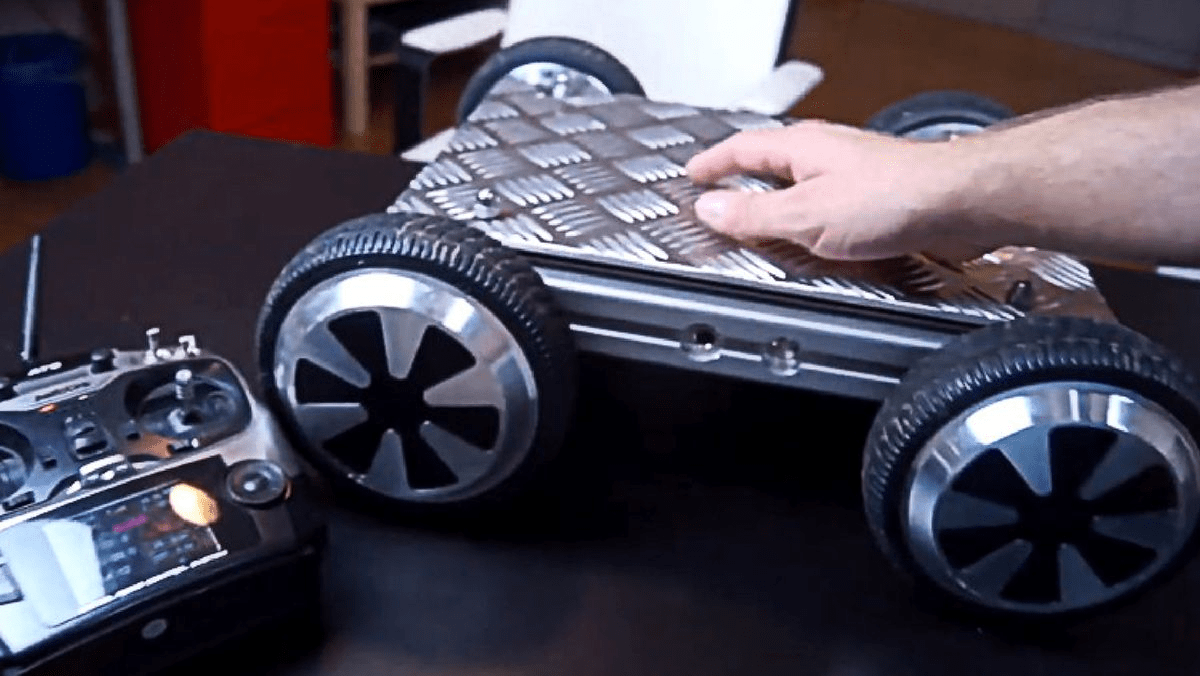 4. Do: Convert Your Hoverboard into a Go-Kart

Several kits are available on the market to help you turn your hoverboard into a go-kart. Usually, you just need to place a seat attachment on top of the hoverboard. With a bit of practice, anyone call pull wheelies with ease on their new go-kart, going up to 10 mph or so depending on the hoverboard model. Handles are needed for optimal support and safety. Perfect for racing around in the park or trolling the neighborhood, a hoverboard kart gives you even more opportunities for fun riding.

5. Do: Make a Hoverboard Chair

Whether for people with mobility issues or just to make getting around a lot easier (and more fun) for anybody, chair hoverboards are definitely the new craze. And you can do it with something as simple as some fasteners, a lawn chair, a 4-wheel hardwood dolly and, of course, a hoverboard. Just remember to still consider your safety when doing this.

You can even watch this how-to video from Mashable from a few years back:


Yikes! Do NOT: Ride on a Hoverboard While Performing Dental Surgery

This should go without saying, but unfortunately, it doesn’t because this really happened. According to the Alaska Department of Law, a dentist in Anchorage, Alaska, has been convicted on dozens of charges after he was filmed extracting a patient’s tooth as he stood on a hoverboard. Dr. Seth Lookhart joked that performing oral surgery on a hoverboard was a “new standard of care,” the lawsuit said. The patient shown in the hoverboard dentist video, Veronica Wilhelm, said she didn’t know about the hoverboard or that her procedure in July 2016 was captured on camera. She found out only when investigators contacted her to confirm she was the patient in the video. According to the lawsuit, the state of Alaska charged Lookhart with “unlawful dental acts” for the incident, stating that his patient care did not conform to the minimum professional standards of dentistry.

If you plan to turn your hoverboard into one of the above-mentioned innovations, or come up with your own, remember that these modifications will most definitely void your warranty. But, who knows, what you end up creating with your hoverboard may be the next greatest invention.